The inconvenient truth about the state’s budget deadlock 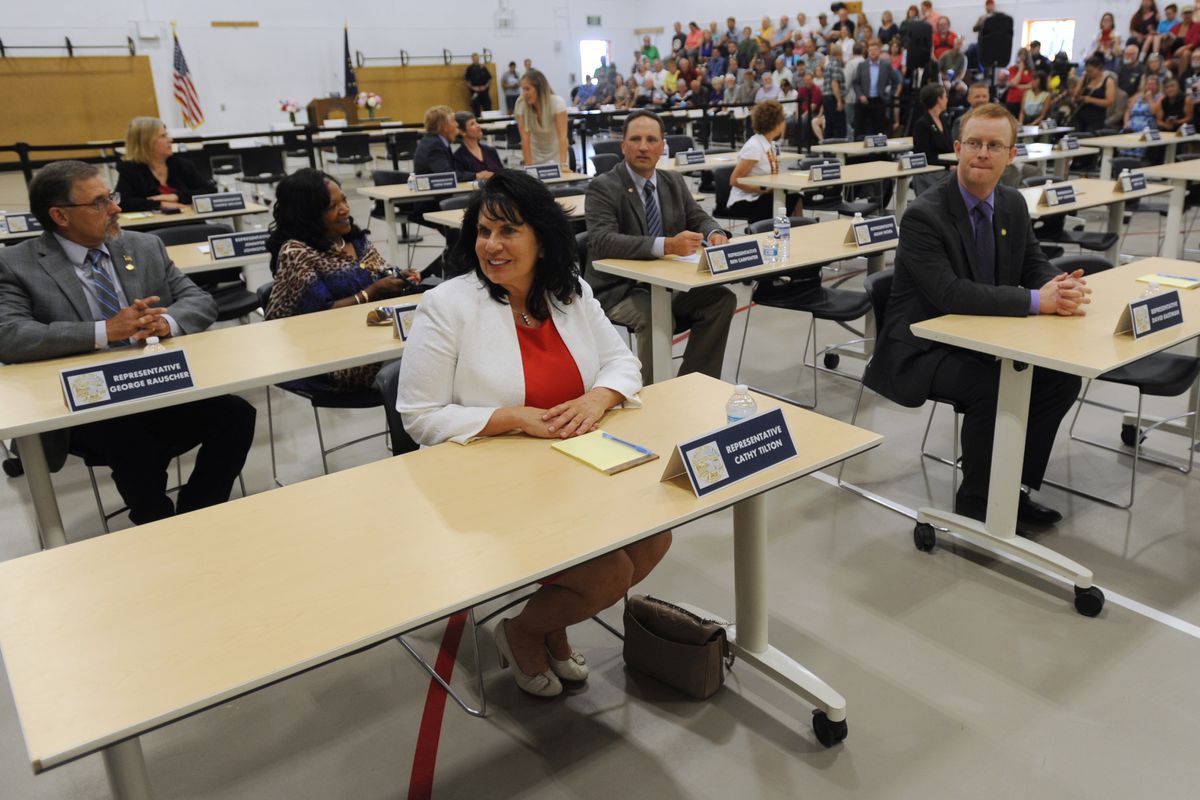 Rep. Cathy Tilton, R- Wasilla, and Rep. David Eastman, R-Wasilla, right, were some of the state legislators who gathered for a special session at Wasilla Middle School on Monday. A larger group of lawmakers met in Juneau. (Bill Roth/ADN)

Rep. Cathy Tilton, R- Wasilla, and Rep. David Eastman, R-Wasilla, right, were some of the state legislators who gathered for a special session at Wasilla Middle School on Monday. A larger group of lawmakers met in Juneau. (Bill Roth/ADN)

It’s hard to think of a time when a greater gulf existed in Alaska government — literally. The past few weeks have seen legislative gridlock that is unprecedented in Alaska’s history. Battle lines have been drawn over funding levels, the balance of power between the three branches of government and even where in the world to hold a meeting. But what’s important to understand is that those battle lines don’t center around party affiliation or geography — fundamentally, they are drawn around a singular issue: the Permanent Fund dividend. Make no mistake, nearly all of the legislative dysfunction we are witnessing this year is being caused at its root by disagreements on the purpose, function and size of the PFD.

The smaller faction in this battle, a renegade wing of the Alaska GOP — call them the GOPFD, for short — holed up for the week in Wasilla. They’ve described their motivation as respect for Gov. Mike Dunleavy’s session declaration, even as the majority of their colleagues met in the state capital. But the truth of what kept those in Juneau and those in Wasilla apart was the PFD.

The members of the GOPFD and their supporters have apparently decided that the PFD — specifically, the PFD formula established under a 1982 statute — is the most important function of government in Alaska. They prioritize its payment at the maximum level possible above all other state services, including public safety, education and the university. This is evidenced by their actions in the second special session and the events that led to it: The group refused to vote to fund the state capital budget, risking the loss of hundreds of millions of dollars in federal highway money and other matching funds, unless the Legislature funded a $3,000 PFD.

And this past week, the group opted to stay in Wasilla instead of coming to Juneau to vote on an override of Gov. Dunleavy’s unprecedented $444 million in vetoes from the state operating budget. Rep. Lance Pruitt, the co-leader of the GOPFD legislative caucus, said they would consider restoring funds cut by the governor’s vetoes only after the $3,000 PFD was guaranteed.

It’s not surprising that the GOPFD and Gov. Mike Dunleavy have latched onto the 37-year-old statutory formula for the dividend as their No. 1 issue: Cash payments to voters are politically popular. They’re especially popular with those who believe they benefit little from the state’s services; to them, there is little lost by sacrificing money from other state responsibilities in order to ensure the budget can include a full-size PFD. But just because an idea is politically popular does not make it smart policy. Yes, state spending has to be cut in order to be balanced with revenue. But it has to be done in a way the minimizes the resulting economic trauma. Cutting so far and fast, simply to fund a record-setting PFD, is not only irrational, it’s irresponsible.

It’s not as though those who favor the 1982 PFD formula do so because they have more respect for the law than those who don’t, as they insist. Gov. Dunleavy’s veto of funds for senior benefits, for instance, ran afoul of a statutory formula that has the same legal weight as the one that established the dividend. It’s strictly a difference in priorities.

To anyone who has been paying attention as our government has ground to a smoking halt, it’s clear that there’s a common denominator. The intractable fights that have generated tremendous social and economic uncertainty for hundreds of thousands of Alaskans have all revolved around the PFD. It’s doing tremendous harm to our state and its future prospects, as evidenced by the tremendous outpouring of opinion from businesses, groups and individual Alaskans who don’t want our nascent economic recovery to derail.

It’s time to fix the Permanent Fund dividend. It’s time to end its status as a political football that extends legislative sessions through the summer and stymies our ability to move forward with services, issues and projects important to Alaskans. It’s time to stop politicians from campaigning — and winning — solely on who is willing to provide their constituents the biggest check.

It’s time to change it. For good.