The shaming of America 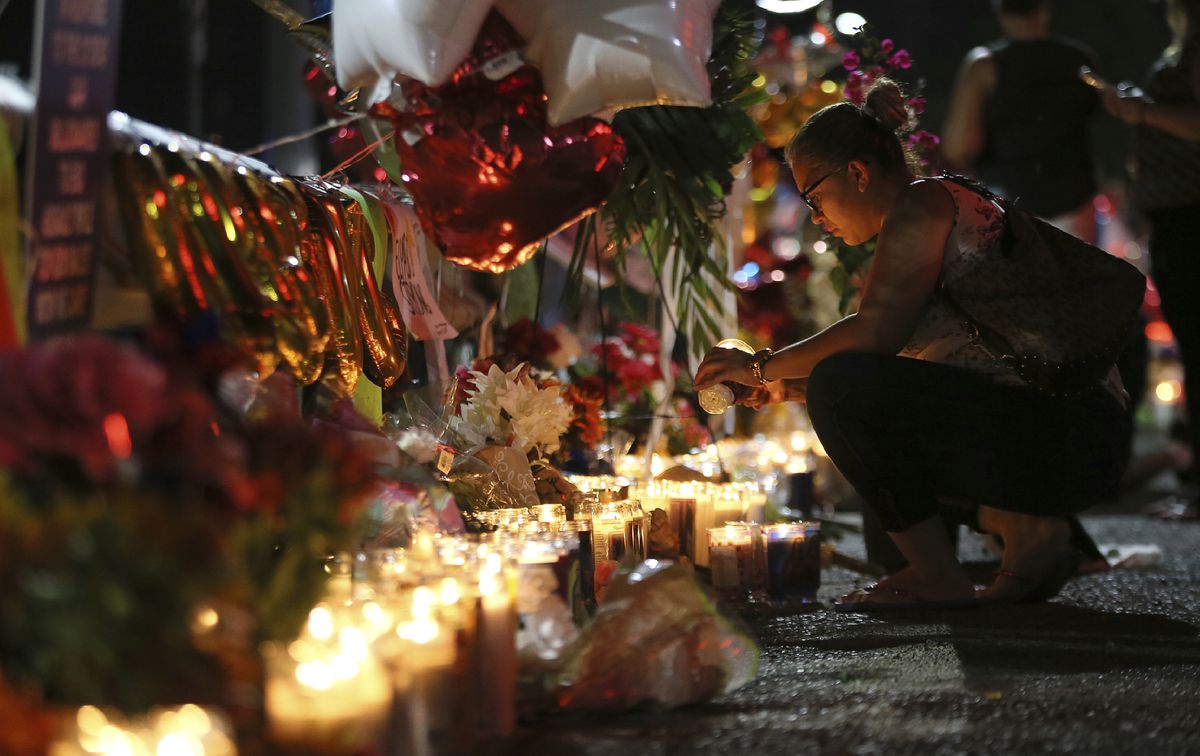 Roxana Jaquez lights a candle at an ever growing memorial Monday, Aug. 5, 2019, outside the Walmart in El Paso, Texas, where a mass shooting took place on Saturday. (Mark Lambie/The El Paso Times via AP)

Roxana Jaquez lights a candle at an ever growing memorial Monday, Aug. 5, 2019, outside the Walmart in El Paso, Texas, where a mass shooting took place on Saturday. (Mark Lambie/The El Paso Times via AP)

WASHINGTON — One of the everlasting social forces in directing human behavior — shame — has become part of the 2020 presidential race.

And one of the most shameful things in these times is to be thought or labeled a racist. As it should be, if true.

Thus, some Democrats and others hoping to defeat President Trump have begun a campaign of shaming anyone who supports or contributes to his reelection. Appallingly, this new tactic is attached to the nation's recent mass murders and is organized around a damning narrative: that Trump's incendiary, hate-fueled rhetoric made him an accessory to these killings and, therefore, that those who support him are, likewise, accessories.

If causation is missing -- and it is -- there's plenty of documentable evidence to support a supposition that Trump's singling out of minorities for ridicule and stereotyping has added to the fevers of the already inclined. As a moral imperative, at the very least, he should be condemned and voted out of office.

But shaming as a tactic works only if the thesis behind the accusation holds water and, of course, if the allegedly shameful can be shamed. Recent calls for boycotting fitness enterprises owned by Trump supporter and fundraiser Stephen Ross may ameliorate fury, but how many people have to forgo Equinox and SoulCycle before Ross feels the pinch?

Moreover, shaming in politics often has the opposite effect, otherwise known as backlash. Last week, Rep. Joaquin Castro (D-Tex.), twin brother of presidential candidate Julián Castro, outed several Trump contributors in a tweet. Ironically, six of those he exposed had also contributed to him and his brother — and one was wrongly identified. Cue backlash. Such “shaming,” in addition to appearing “thuggish,” as Karl Rove so expertly put it, also contributes to a climate of reprisals that one hopes wouldn’t include violence, but in today’s extreme world, who knows?

Trigger fingers, though associated of late with white supremacists, disgruntled former employees and emotionally disturbed young men with deranged agendas, come in a variety of shades and political stripes. Certainly, the 2017 shooter who fired upon Republican congressmen while they were playing baseball, nearly killing then-Majority Whip Steve Scalise, was aiming to murder members of a particular political party.

What about the most recent mass shootings?

Authorities have yet to determine a motive for the assailant who opened fire on the Gilroy Garlic Festival in California on July 28. Santino William Legan, 19, shot himself after killing three people and wounding 13.

The next massacre was at a Walmart in El Paso, where 22 people lost their lives and another 24 were injured. Indeed, this shooter apparently did have a racially driven purpose -- to murder as many Mexicans as possible, according to police. Many folks had no difficulty connecting dots between Trump's words -- Mexicans are "rapists," "drug dealers," "murderers" -- and 21-year-old alleged shooter Patrick Crusius. They're both fond of the word "invasion" to describe the influx of migrants. But again, causation can't be established.

The third shooting, in Dayton, Ohio, was on a crowded street outside several bars. Connor Betts, 24, murdered nine and wounded 27 in just 32 seconds before he was fatally shot by police. His motive? He apparently had long wanted to commit mass murder, according to friends, but his reasons remain unknown.

Three males, all young and white, all armed with assault-style weapons. That’s a trend of perpetrators but not of motives. There’s no evident racist strain to connect them to each other or, with one tenuous exception, to Trump. While it’s despicable that we have a president who seems intent on stoking division by mocking migrants, immigrants and citizens he doesn’t like, leaping extrapolations get us all in trouble.

Piety profiling is rampant these days, as we'll doubtless soon weary of noting. But donating to political candidates is a form of free speech, and people have a constitutional right to support whom they please. Likewise, those who dislike Trump have every right to state their opinions, to organize marches, to boycott businesses and, legally, even to publish the names of his donors -- but fact-check first.

Inarguably, Trump-the-package is damaged goods by his own odious nature and inhumane policies. But it is also entirely true that many, if not most, Trump supporters don’t think he’s a racist, and they’re not either. Thus, shaming is a sham. Trying to assign blame for political gain, even as the bodies of the slain are still being laid to rest, is politics at its most craven -- and the very definition of shameful.

Kathleen Parker writes a twice-weekly column on politics and culture for the Washington Post. In 2010, she received the Pulitzer Prize for Commentary for “her perceptive, often witty columns on an array of political and moral issues, gracefully sharing the experiences and values that lead her to unpredictable conclusions.”