What does female authority sound like? Marie Yovanovitch and Fiona Hill just showed us 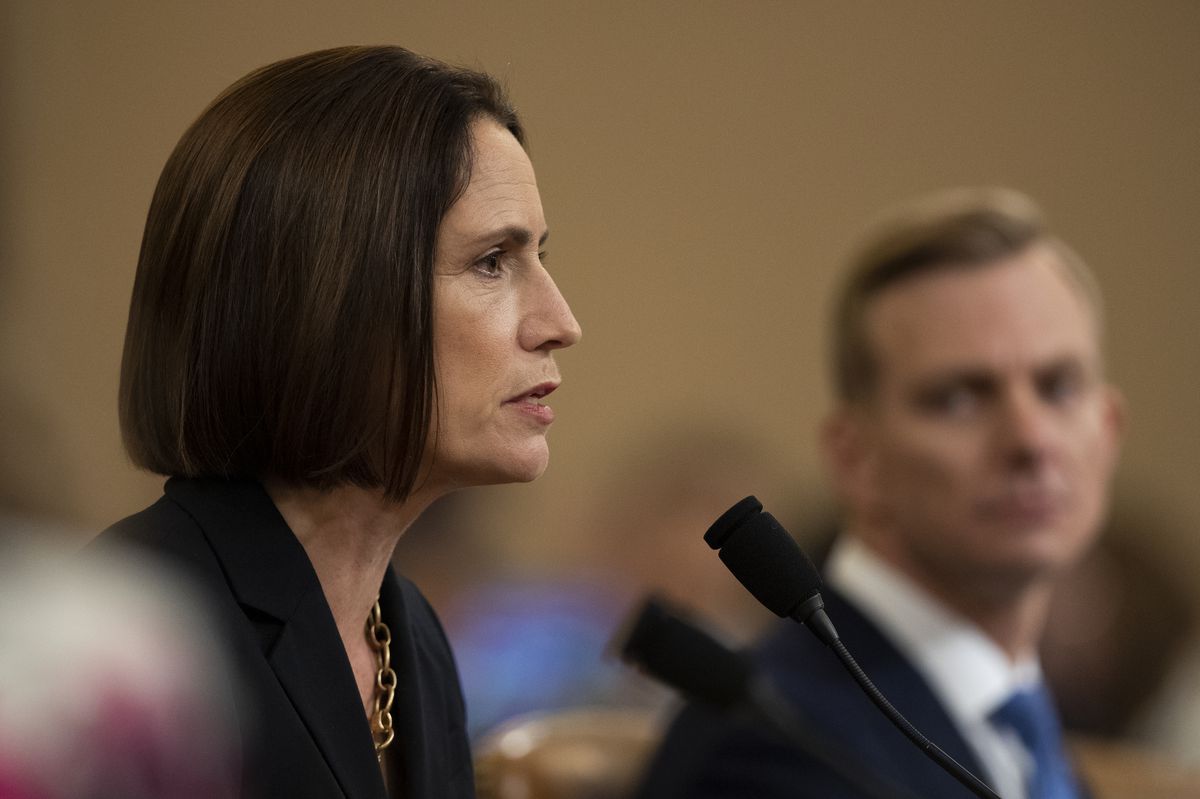 Public impeachment hearings began last week, if you’ll recall, with “Walter Cronkite” trending on Twitter. Why? One of the first witnesses, acting Ukraine ambassador William Taylor Jr., sounded somewhat like the legendary newscaster - a bourbon barrel of a baritone, mellow and oaky with age.

If a bureaucrat is going to testify before the Senate Intelligence Committee and be streamed into households around the country, it doesn't hurt for him to remind Americans of the most trusted man in news. That kind of tone-based credibility goes a long way. Rightly or not, you felt like you could trust a man like this; you'd heard and trusted his voice before.

The next day, Marie Yovanovitch took her turn at the witness table. Impressively credentialed and equally poised, the former Ukraine ambassador's testimony prompted a standing ovation in the hearing room, but it didn't prompt adoring comparisons to any deceased icons. Her voice did not, after all, sound like Walter Cronkite's. Hers was the precise, measured tone of a polite 61-year-old woman. And we simply don't have as many reference points for 61-year-old women who've been elevated to the status of most trusted voice in anything.

"If you listen to Yovanovitch without looking, her voice sounds just like Elizabeth Warren," one armchair analyst attempted as a comparison on Twitter, which was - no. The Canadian-born former ambassador sounded nothing like the twangy Okie running for president.

But the armchair analyst was working with limited options. We're in the early stages of building a listening library of powerful female voices. We still can't ask, as Sen. Amy Klobuchar, D-Minn., pointed out in Wednesday's presidential debate, "Who is your favorite woman president?" During the height of Hillary Clinton's 2016 campaign, the candidate was so besieged with charges of "shrillness" that the Atlantic magazine interviewed experts to figure out what made her voice so allegedly irritating. They found that her so-called shrill voice was actually "average in pitch and loudness for her age and gender."

The issue wasn’t how she sounded. It was how she sounded to us, a listening public without the aural reference library to assess female authority, trustworthiness and power.

That brings us to Fiona Hill. At Thursday's hearings, the former National Security Council official leaned into the microphone, and from her earliest words - "I have a short opening statement" - it was apparent we were in vocal uncharted territory.

"I grew up poor with a very distinctive working-class accent," the British-born Hill told the committee, explaining that this background might have prevented her success in England, but the United States had given her the opportunity to excel.

By the time she appeared before the committee, her Yorkshire accent had been tempered by years of living abroad in multiple countries and holding multiple high-powered posts. Her testimony came with rolled r's and drawling vowels. She would have sounded lovely reading bedtime nursery rhymes, but she spoke with the authority of a Harvard PhD who has exactly no time for nonsense and no patience for fools. I saw one online commenter suggest that she should play "Q," the brilliant, frequently desk-bound character in the James Bond universe; I saw another reply that, no, she should just be James Bond.

In the course of her multi-hour testimony, Hill was occasionally funny, as when she shared that a childhood haircut made her "look like Richard III," but more often she was simply direct, sincere, earnest and unflappable. When Rep. Terri Sewell, D-Ala., tried to extract an emotional moment, asking Hill to comment on online vitriol spewed in her direction, Hill merely shrugged and said, flatly, that it was to be expected.

And watching her wasn’t like watching Walter Cronkite. It was like watching Fiona Hill. Perhaps next time an authoritative woman steps forward to swear her truth before Congress and the American public, listeners will remember that they’ve heard a voice like that before, and trusted it when they did.