‘This is not who we are’: Actually, the Capitol riot was quintessentially American 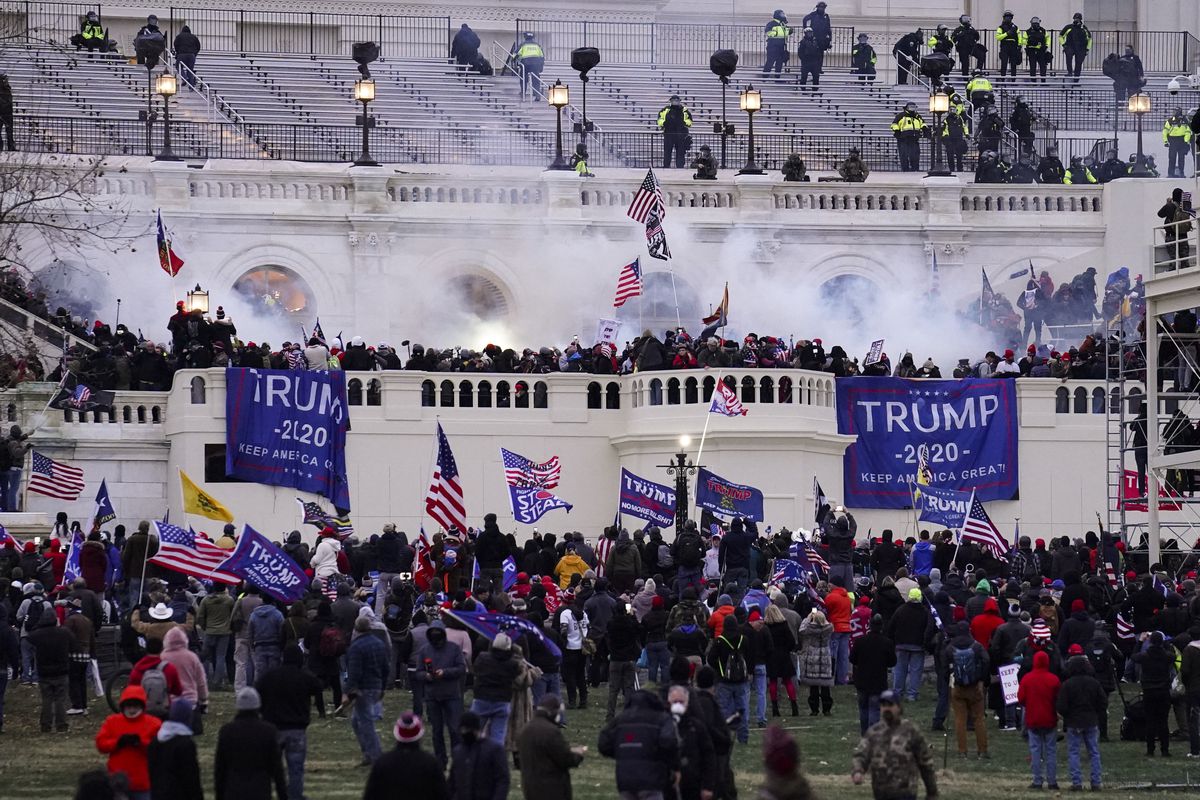 After a pro-Trump mob attacked the Capitol on Wednesday, commentators and elected officials — notably House Minority Leader Kevin McCarthy, R-Calif. — decried the events as “un-American.” In an interview with a Boston radio station on Thursday, Harvard historian Jill Lepore went so far as to say, “We are off the grid of American history.”

There’s no disputing that the assault was remarkable. But “un-American” is the wrong adjective. A better way to make sense of the news of the past few days — not only the violent occupation in Washington but also the historic Senate victories by Democrats in Georgia — is as a long-run contest between two competing American traditions: one committed to preserving the status quo racial hierarchy and one fighting to advance equality.

From this perspective, the insurrection by a group of mostly White men opposing the legitimacy of a free and fair multiethnic election is quintessentially American. At the same time, the success of a candidate like Sen.-elect Raphael Warnock of Georgia, a Black Democrat, can be seen as a continuation of the other American commitment to equality. This is a far more useful framework for interpreting recent events than embracing the fiction that anti-democratic violence only happens in other countries.

Although they were hardly the first to notice the “two traditions” framework, political scientists Desmond King and Rogers Smith sketched an influential version of it in an important 2005 paper called “Racial Orders in American Political Development.” They identified two governing coalitions that have traded power across the centuries of American history: a “white supremacist order,” as they put it, and a “transformative egalitarian order.”

In short, while African Americans were enslaved and indigenous peoples were dispossessed of their land, the white supremacist coalition ruled. In the Civil War, and during the post-war Reconstruction period, the egalitarian coalition briefly prevailed. After the presidential election of 1876, which was settled only after Republicans agreed to withdraw all federal troops from the South, the governing coalition flipped back to enforce racial hierarchy — which soon evolved into Jim Crow. Nearly a century later, under the sustained pressure of the civil rights movement, the egalitarian coalition was able to enact laws like the Voting Rights Act of 1965 and the Immigration and Nationality Act of 1965.

The framework clearly oversimplifies history — all models do — but has also proved useful for scholars seeking to parsimoniously explain the long arc of American politics. The authors also readily acknowledge that even as one coalition dominated, there were always “variations, inconsistencies, and resistance.”

Things get complicated after the modern Civil Rights era, however. We’ve seen retrenchment in the push for equality, such as the rise of mass incarceration — backed by both parties — but also new frontiers and milestones for the egalitarian coalition, like the successful campaign to legalize same-sex marriage. What’s more, although the term “white supremacist coalition” captures something true about the modern conservative movement, it also misses important ways in which the cleavages have evolved over the last half-century to include divides over issues from gender and sexuality to abortion.

Drawing on cross-national research, the two coalitions are increasingly defined less by race and might now be better described as egalitarian versus ethno-nationalist (sometimes, Christian nationalist). This is not quite the white supremacist coalition of the Jim Crow era, reconstituted. In today’s GOP, both Nikki Haley (the Indian American former South Carolina governor) and Tim Scott (the lone Black Republican senator from South Carolina) can thrive, though probably not without some assimilation to the dominant culture. Some of the other far-right activists on the Mall this week were Asian, Black and Latino. The leader of Western chauvinist group the Proud Boys — which played a prominent role in the riots — identifies as Afro-Cuban and has also been arrested for burning a Black Lives Matter banner torn from a Black church.

How to adapt the “two traditions” framework to the last 50 years? One way would be to define the two orders in terms of voting: One governing coalition has generally pushed to enfranchise more voters while another has worked to disenfranchise voters. From targeted reductions in polling locations to voter ID laws to felon disenfranchisement, today’s Republican Party continues a disgraceful (yet very American) practice — previously led by segregationist Southern Democrats — of fighting to limit access to the ballot, particularly for people of color.

President Donald Trump’s pre-2016 birtherism lies — and the coalition that formed around him to support those falsehoods — clearly fit in the disenfranchising tradition. After a large, multiethnic coalition elected the first Black president, Trump worked relentlessly to delegitimize the preferences of those voters and the results of two elections. Likewise, at the rally on Wednesday, Trump lied in incendiary terms before his supporters to delegitimize his loss to another large multiethnic coalition. (“If you don’t fight like hell, you’re not going to have a country anymore.”) The group of mostly White men then rushed the Capitol while waving Confederate flags and flashing White Power hand signs. Someone erected a mock gallows, with a noose.

All of this falls within one easily recognizable strand of American politics. It would be a mistake, though, to see politics solely as defined by the disenfranchisers. And Tuesday’s Senate races in Georgia speak to the power of the other American tradition. In the past, the egalitarian coalition fought slavery and dismantled Jim Crow. This is the American tradition in which civil rights leaders like the late Rep. John Lewis and Fannie Lou Hamer risked their lives to advance voting rights.

And that’s the tradition that fueled a multiracial coalition of organizers, led by groups like Black Voters Matter and Asian Americans Advancing Justice, to work for years on multiple fronts to broaden the electorate. These organizers fought attempts to restrict the franchise, as in the case of Georgia’s “exact match” law — referring to signatures on ballots, matched with others on file — which a careful analysis found would systematically disadvantage voters of color. They went door to door to draw in Georgians who had become disengaged from politics or may never even have voted. Those efforts to grow, rather than shrink, the electorate produced unprecedented multiracial turnout (for a runoff) and elevated Sens.-elect Warnock and Jon Ossoff to victory.

As this week shows, the two American traditions do not move in clear cycles, with one triumphant and the other dormant — only for the pattern to reverse itself. They clash and compete for support contemporaneously. Trump’s election in 2016 was a triumph for the ethno-nationalist tradition, and the storming of the Capitol was the predictable conclusion of his ascendancy. But the other tradition is very much alive, too. To make sense of the struggle, we have to see it clearly.

Omar Wasow is an assistant professor in the politics department at Princeton University. He also co-founded BlackPlanet.com and the Brooklyn Excelsior Charter School.