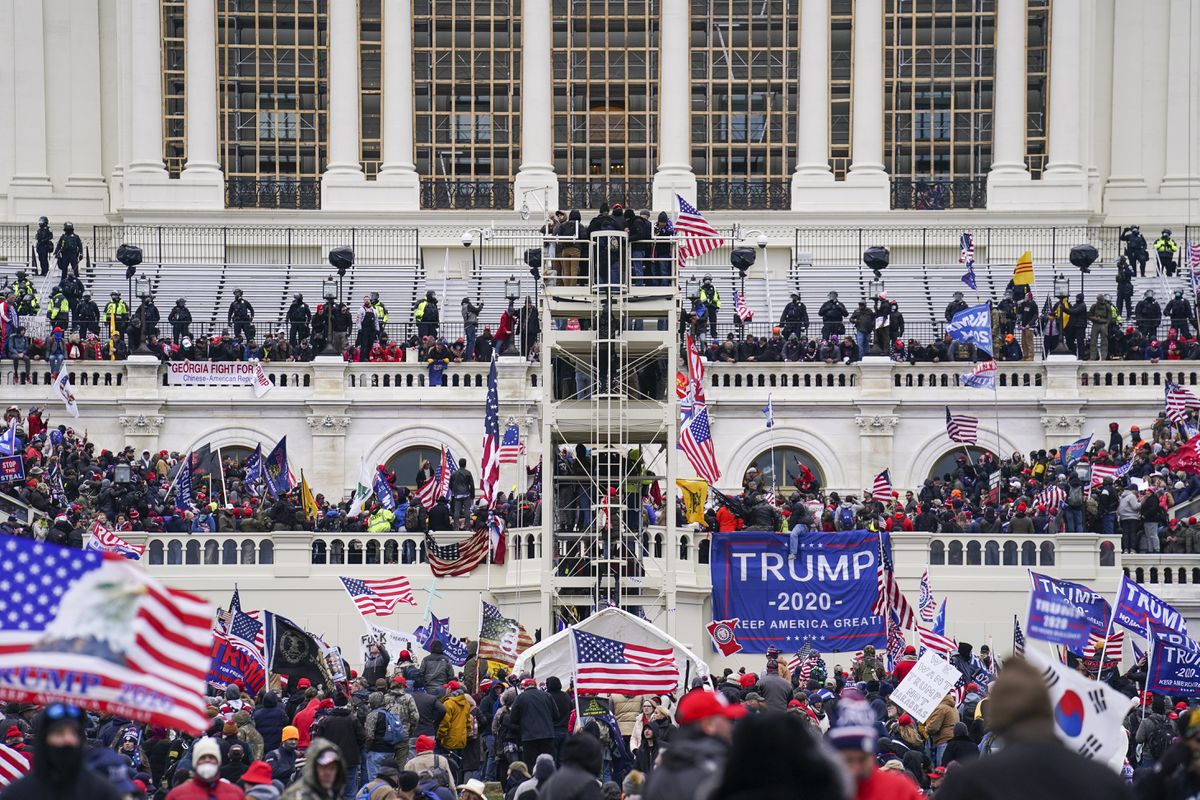 I still don’t really know how to make sense of the events of Jan. 6. Instead of one interpretation, I see three different ways of thinking about what happened, and which probably need to be combined for full understanding. I’m not ready to do that combining right now, so instead I’ll give you the three perspectives.

I’ll start with the most pessimistic one. From this point of view, it’s a story of the continued deterioration of the Republican Party as it moves closer to becoming nothing more than an anti-democratic cabal intent on one-party rule and, to a large extent, white supremacy. In this version, we see President Donald Trump, the mob that invaded the Capitol, over half the Republican members of the House of Representatives, and several Republican senators as the successors of other extremists in recent U.S. history. Perhaps one might believe that there’s a constant deterioration in which former Speaker Newt Gingrich was less committed to democratic norms and institutions than those who preceded him prior to 1995, and sitting politicians such as Sens. Ted Cruz and Josh Hawley are even worse, and the newest generation of Republican politicians hardly even bother pretending to support liberal democracy. We can see, too, the role of Republican-aligned media in spreading lies and how combustible that misinformation gets, especially when goaded along by elected public officials.

This perspective points to a bleak future - one in which the threat of political violence grows, while Republican politicians are constrained only when they lack the votes they need to dominate. If only they had congressional majorities; if only the presidential election had been closer; if only a few brave supporters of the republic hadn’t stood up to Trump: If things were a bit different, they would have stolen a presidential election and walked away unharmed. They’re stoked to try again next time.

Then there’s a more optimistic interpretation. This one stresses that U.S. democratic institutions survived. Congress reconvened on Wednesday once the Capitol police routed the mob, and despite all of Trump’s bluster, made no attempt to upend the election. This perspective must acknowledge the authoritarian faction within the Republican Party, but at the end of the day that faction was mainly just able to make a lot of noise. Almost every Republican member of Congress recoiled from the violence. Many publicly criticized Trump for encouraging insurrection, as did administration officials who resigned in protest.

There’s no need to be naive: If Trump had his way he would have stolen the election, and far too many politicians and high visibility Republicans went along with him. It’s a serious problem. But the political system eventually rejected Trump - who after all was something of a flukish worst-case scenario. What’s more, it doesn’t appear at this point that the Democratic Party is going in the direction of emulating the Republicans. Democrats have certainly become more liberal and more ideological than they used to be, but at least for now they’re rejected the strategy of finding a Trump of their own and have instead won with President-elect Joe Biden, of all people, an experienced professional politician running on a policy-heavy platform of national conciliation.

From this perspective, U.S. democracy may be eroding, but it’s survived for now.

“Hot Take: We have been experiencing the pains of DEMOCRATIZATION, not democratic BACKSLIDING. The US through most of its history was way closer to institutionalized autocracy rather than a real democracy.”

This point of view emphasizes that the U.S. claim to democratic exceptionalism prior to 1965 was shaky, and that a certain amount of backlash and trauma are natural in what is, after all, a very recent record of anything resembling inclusion. Recall that this isn’t just about excluding Blacks and other groups from full citizenship. Southern states for decades featured one-party rule - not the lopsided advantages we see now in Democratic Massachusetts or Republican West Virginia, but states in which the old, racist Democratic Party held virtually all offices without any serious threat of a challenge.

This isn’t necessarily an optimistic way of looking at things - there’s no guarantee that democratization of any type will succeed and continue. But it does emphasize the extent to which the public sphere is open to far more people in 2021 than it was in 1960, or even in many ways than in 1990.

I’m confident that the truth is found in understanding the truths in all three of these perspectives. None of them is fully correct or fully wrong. Whether that’s reassuring after Wednesday, I really can’t say.

Jonathan Bernstein is a Bloomberg Opinion columnist covering politics and policy. This column does not necessarily reflect the opinion of the editorial board or Bloomberg LP and its owners.