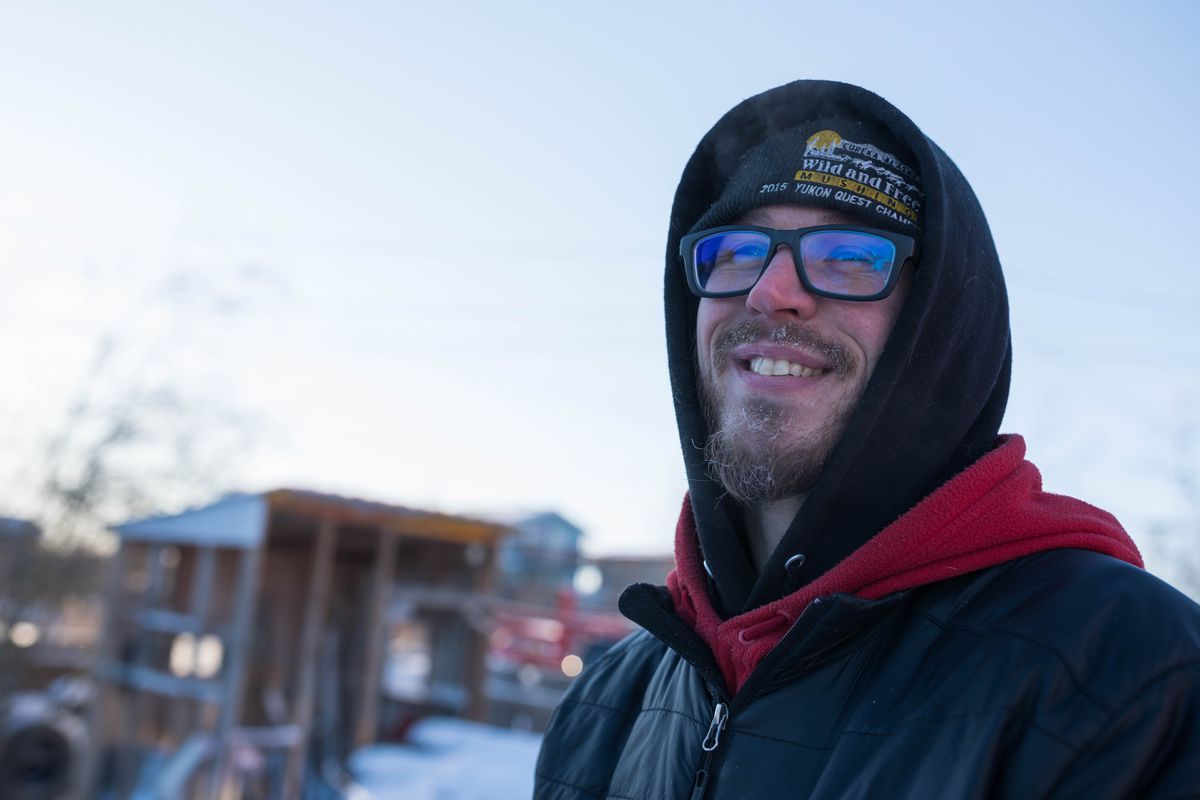 Eureka musher Brent Sass, whose career has been plagued with a series of mishaps, absorbed another Sunday. The 37-year-old musher, running in second place behind Matt Hall, scratched from the Yukon Quest at the Central checkpoint, about 150 miles from the finish line.

Race officials said that Sass "requested assistance via his Spot tracker approximately 16 miles outside of Central, due to concern over the safety of two dogs, Caputo and Healy, on his team.

"The Yukon Quest responded to this call, sending a trailbreaker, race veterinarian and an official out to the location. Although he would have been allowed to continue, Sass decided to scratch once the two dogs were brought to Central for a vet check."

The two dogs were checked and are both in stable condition, according to race officials.

This is the second consecutive 1,000-mile race in which Sass encountered serious troubles.  In last year's Iditarod, his dogs decided to stop running in White Mountain, 77 miles from the finish line, for hours. Although he finished that race, the stoppage caused him to slip from third place to 20th.

Sass is the 2015 Yukon Quest champion, and he was the runner-up to Pete Kaiser of Bethel last month in the Kuskokwim 300.

Sass's departure left young Matt Hall, who snatched the lead Saturday, in command of the 1,000-mile race to Fairbanks.

Hall, 25, arrived at the Central checkpoint at 3:01 p.m. Sunday behind 12 dogs. Defending champion Hugh Neff of Tok, who had been running third behind Sass, hadn't reached Central by 8 p.m.

Next up is Two Rivers, the hometown of three Quest racers, including Hall, that's 70 miles down the trail. The finish line is another 75 miles west.

Before they get there, a bruising climb awaits — an 8½-mile push outside of Central that goes up and over 3,685-foot Eagle Summit, with 2,750 feet of elevation gain. The last quarter-mile is considered the steepest part of the Quest trail, with hard wind-blown snow most years that has most mushers slipping on ice cleats to walk their team up.

A short downhill follows before mushing up 3,640-foot Rosebud Summit.

Hall's father, Wayne, a Yukon Quest veteran himself, posted on Facebook Sunday that he didn't expect the rugged terrain to slow Matt.  "My kid and his dog team will climb Eagle Summit like a walk in the park," wrote Wayne Hall of Eagle. "The only problem I see is moving past the home trail 30 miles from the finish" — the mushing trails that his son, who now lives in Two Rivers, regularly trains on.

The National Weather Service forecast for Fairbanks suggests the conditions will be mild for a part of the trail that in past races has seen fierce winds and brutal cold. Temperatures are expected to rise overnight and into Monday, with winds staying less than 10 mph.