When a dog team quits, patience and an upbeat attitude might get them going again 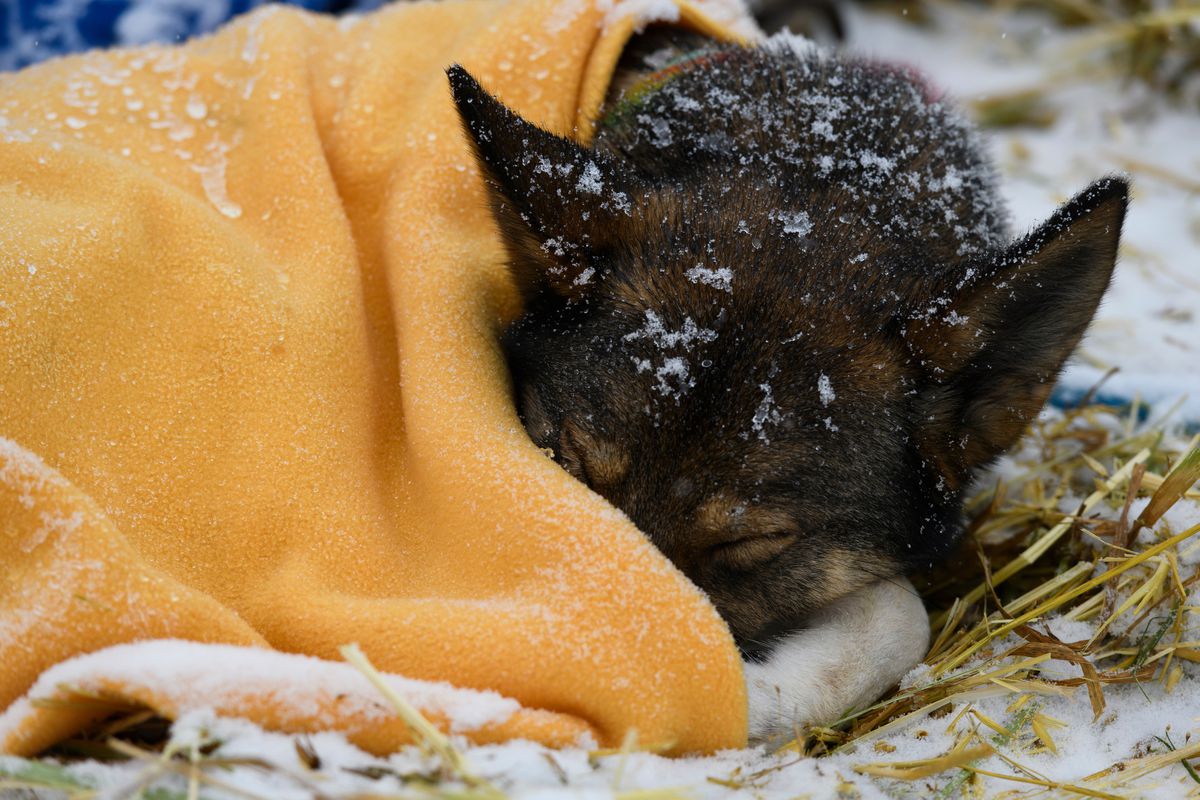 Why do dogs quit? The uninformed are quick to jump up and say, “Mushers are running the poor things into the ground, forcing them to run a thousand miles in the snow and cold...”

Professional dog drivers will tell you that is bunk. “Sled dogs are born to run, and finishing Iditarod teams look as good as they ever do,” they will say.

There is some truth in both statements.

Nic Petit was leading this year’s Iditarod when his dogs quit on the run to Shaktoolik, forcing him to scratch. “Dog mushing is a fine art,” Libby Riddles, the first woman to win the Iditarod way back in 1985, said on KTVA last week. “It requires balance between being competitive and keeping the dogs happy. Nic Petit actually happens to be one of the best in the business at this.”

Maybe. Rick Swenson ran as many Iditarods as anyone – without a team quitting. And he won a record five Iditarods.

Petit has had teams shut down twice in seven Iditarods. He will undoubtedly learn from this one.

You cannot not make extremely long runs toward the end of a 1,000-mile race under tough conditions without suffering consequences. Jessie Holmes, another of the front-runners who was pushing hard, had his team stop between Koyuk and Elim. Holmes had the fortitude to wait out the shutdown and continue, losing a dozen places in the process.

There are times when even the best dogman is like a little boy with a big dog, just waiting to see where the dog wants to take him. Dogs quit for various reasons. It doesn't only happen on a long dog race. A single dog can balk for reasons that are buzzing around in his head only. The hill may be too steep, the dog beside it is saying bad things under its breath, or it has a sore spot the driver can't see.

I had a retriever quit because he had done too many cold-water retrieves in succession. Physically he was solid, but mentally the dog was done.

Just because we “want” doesn’t mean the dog “will.” To truly understand a dog, don’t think as a human; open yourself to being part dog. Dogs do not communicate like we do. Their thoughts and intentions are transmitted through energy.

Intention and emotion equal energy. Dogs pay little attention to words. If you approach a dog with the firm intent to have him “sit,” you can say “bug,” “tree” or nothing at all, and the dog will sit. Negative emotions and lack of firm purpose will accomplish little no matter what words are spoken.

A good example of this is the dog that barks excitedly at little or nothing. Yelling doesn’t stop him, because the dog only hears you joining in. Baby talk is viewed as submissive and weak. You need a calm, assertive balance.

The quitting dog team is a product of indecision and lack of positive energy, coming on the heels of some supposed or real adversity that confronts the team. A team shutdown can be overcome in several ways. Often, the team can be led around in a tight circle and curled up to rest. Dogs can’t tell time very well, thus after a relatively short time, after all eyes are closed, the team can be told in a bright, positive tone, “All right, time to go, let’s go.”

This works some of the time. I have spent 35 years getting other mushers’ stalled teams moving down the trail. It rarely takes much more than a positive, upbeat attitude. The question is: Who is in charge? If someone saw you walking your dog down the street and saw you picking up poop behind him, who would they suppose was in charge?

The driver’s attitude on the trail must be focused with firm intent. He or she will get what they expect and nothing more -- or less. There are times, however, like in the case of Jessie Holmes, when you just need to take the time and have the patience to wait the team out.

The naysayers are quick to claim dogs are pushed beyond endurance on the Iditarod Trail. Endurance is directly relative to training. Virtually all of the teams that reach the coast, whether first or last, are adequately trained to cover the distance in good order. It then becomes the driver’s responsibility to provide good team management.

There is undoubtedly abuse in the sled dog world. Abuse in racing kennels has been documented. As someone who has lived with and trained dogs all of my life, it is my view that working dogs, in general, are treated far better than the average run of household pets.

There are almost 80 million dogs in the United States. They distinguish themselves from other pets by being our traveling companions and best friends. To all who have had a canine friend say “enough,” listen to the energy of your dog and learn.

John Schandelmeier is a lifelong Alaskan who lives with his family near Paxson. He’s a Bristol Bay commercial fisherman and a two-time winner of the Yukon Quest.