From lead to scratch: Girdwood musher Nic Petit is out of the 2019 Iditarod 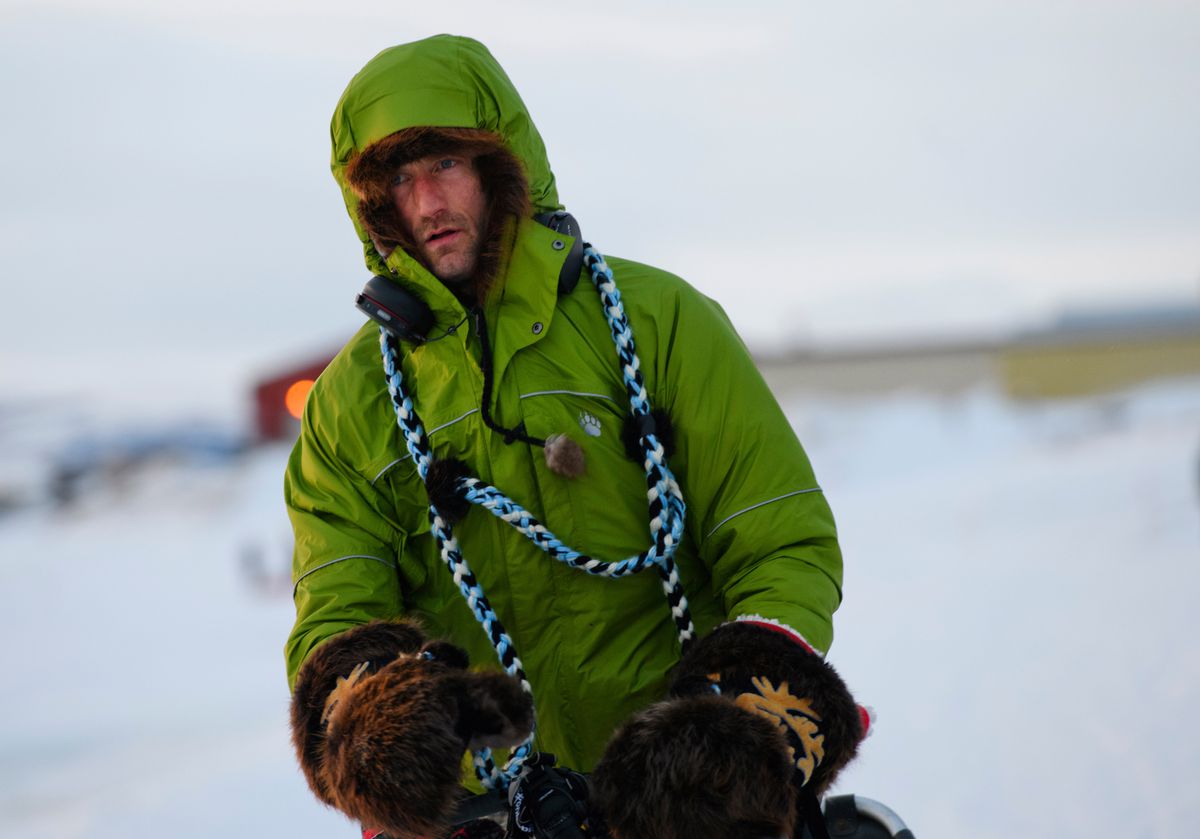 Nicolas Petit arrives in Unalakleet on Sunday morning in the lead of the Iditarod Trail Sled Dog Race on March 10, 2019. (Marc Lester / ADN)

Nicolas Petit arrives in Unalakleet on Sunday morning in the lead of the Iditarod Trail Sled Dog Race on March 10, 2019. (Marc Lester / ADN)

UNALAKLEET — Girdwood musher Nicolas Petit dropped out of the Iditarod Trail Sled Dog Race on Monday evening after his dogs refused to continue down the trail.

Petit and his 10-dog team had been leading this year’s Iditarod when they stopped roughly 14 miles out of Shaktoolik on Sunday night — more than three-quarters of the way into the 1,000-mile race. While camped on the sea ice, Petit told the Iditarod Insider that two of his dogs had gotten into a fight, and he yelled at one of them.

“I yelled at Joee and everybody heard Daddy yelling, which doesn’t happen," said the 39-year-old musher who placed second in last year’s Iditarod. “And then they wouldn’t go anymore, anywhere. So we camped here and we’ll see what happens.”

Petit told the Insider that his dogs were eating and had no orthopedic issues.

For the second year in a row, Petit’s Iditarod got flipped upside down on the 50-mile stretch of trail between Shaktoolik and Koyuk. The Iditarod describes this leg of the race as "bleak, flat, and deadly monotonous.”

With Petit’s team stopped outside Shaktoolik, Bethel’s Pete Kaiser claimed the race lead Monday. Kaiser passed Petit on the trail and was first to Koyuk, about 171 miles from the finish line in Nome.

Breaking: Nicolas Petit has dropped out of the 2019 #Iditarod.

Here's the statement from the race. pic.twitter.com/ljVqzIuRzV

Throughout the day Monday, team after team passed a stalled Petit. At one point, Petit had moved about 2 miles farther down the trail to a cabin, according to the GPS tracker. Around 5 p.m. Monday, the tracker showed Petit traveling back toward Shaktoolik, at race mile 777.

He officially called it quits at 7 p.m. Monday, said a statement from race officials.

“Petit scratched in the best interest of his race team’s mental well-being,” the statement said. “Petit and his race team were brought back to Shaktoolik by snowmachine and trail sled for transport through Unalakleet and then on to Anchorage.”

Last year, Petit lost the trail and his race lead in bad weather out of Shaktoolik. Norwegian musher Joar Leifseth Ulsom passed Petit on the trail and went on to win the race. Petit got to Nome in second place.

[‘I started bawling’: As Leifseth Ulsom prepares for finish, Petit recalls the moment he lost the Iditarod lead]

In 2014, Petit also encountered trouble late in the Iditarod. He was about 11 miles away from reaching Unalakleet when he and his team stalled. Petit eventually pressed his emergency locator button to officially withdraw from the race.

Petit, originally from France, has an otherwise impressive record in the Iditarod.

As a rookie in 2011, he took over veteran musher Jim Lanier’s team and finished in 28th place — even after he broke a bone in his foot on the way to Unalakleet. He won rookie of the year. He’s earned five top-10 finishes in the last eight years of competing in the Iditarod.

Ahead of last year’s race, Petit said the main goal for him and his team was “to win the Iditarod with the best-looking group of dogs there has ever been.”

Now, that dream will have to wait until at least 2020.