Is Alaska a good place for a big-game hunter? Yes and no. 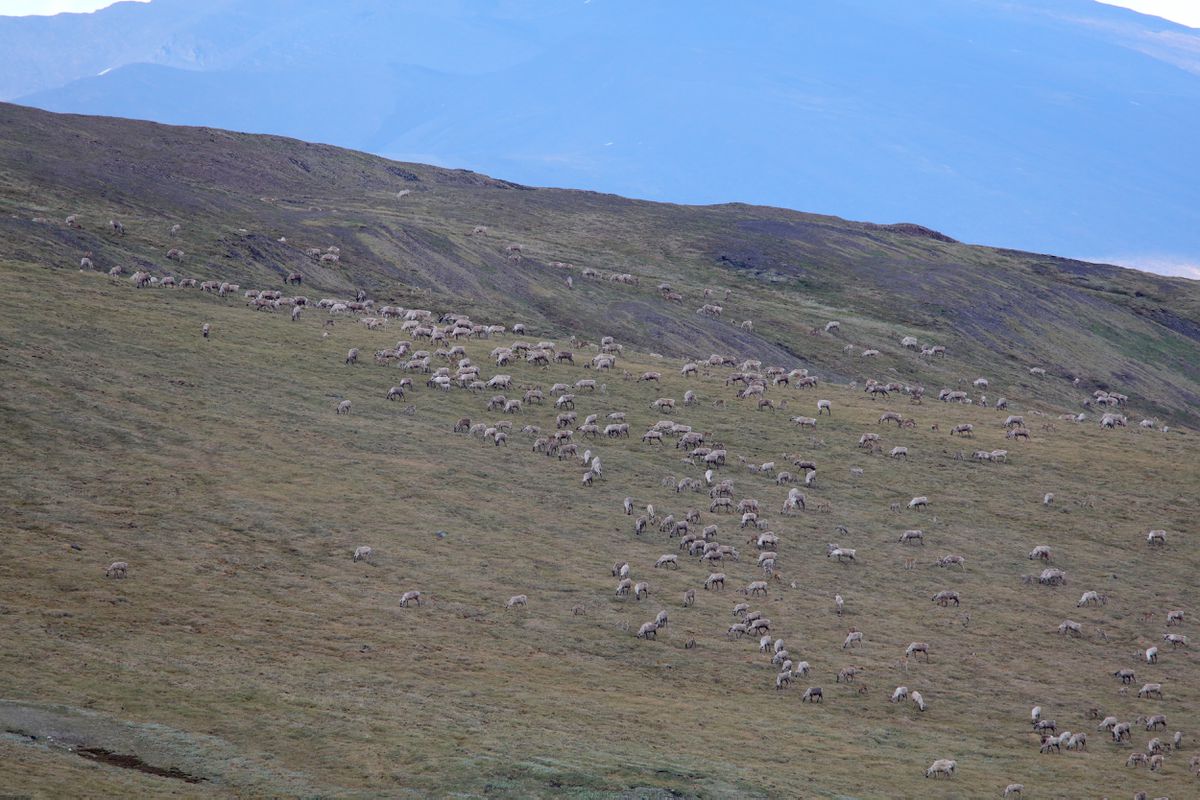 For three days since entering Canada, my eyes had been darting between the road ahead through the windshield and the countryside through the window next to my seat in the family Suburban. To that point, where we were nearing the Canada-Alaska border, the intense anticipation of the drive up the Alcan highway had turned to disappointment.

My young head was filled with the promise of the prolific game populations said to grace the northern landscape. At any moment I expected to come around a winding curve in the road and see the cold-country equivalent of Africa’s Ngorongoro crater.

Except for a couple of Stone sheep at Muncho Lake, which the Milepost had said would be there, we saw no animals. I was convinced the Canadians must have killed all of the animals, and once we crossed the border into Alaska the envisioned big-game utopia would reveal itself. Except it didn’t.

The miles kept ticking away, like minutes evaporating before a deadline. We were running out of country, and I was in a serious fret. The first reprieve came in Cooper Landing, where we stopped at a lodge for lunch. I wandered around the spruce forest behind the lodge and came across a cow moose with a rust-colored, newborn calf.

What dredged up these old memories was an inquiry from a fellow hunter Christine and I had come to know via social media. This young man lives in northern Idaho near a small town of 8,000 and practices a subsistence lifestyle by hunting, fishing and trapping on public land near his home.

His country is being invaded by rich folks seeking to escape the masses, and thus he is looking for a place less populated where he can continue subsisting off the land. Alaska was first on his list, and he wanted to know about the country and the possibilities of a lifestyle similar to what he would leave behind.

Trying to formulate a valid response for the young man, I had to consider, from my own perspective, the prospects of living a semi-subsistence lifestyle in Alaska.

Forty-eight years ago when I arrived in Alaska, I already had the game regulations mostly memorized. There were two moose seasons, one starting in August and ending in September, the other beginning in November and running for 30 days or more, depending on where you hunted. Some were either sex, and except for “trophy” areas there were no antler restrictions. Dall sheep was the same as it is today, but the minimum curl was three-quarters. Goat season was open from Aug. 10 till Dec. 31 and you could take two goats.

Caribou was essentially a free-for-all with months-long seasons and a limit of five in many areas. The “Denali firing line” was still in full swing. For those who don’t know, this was a caribou hunt where Alaskans lined up on the Denali Highway in early winter and waited for the Nelchina caribou herd to migrate through, where they would be shot as they crossed the highway. It was the way many Alaskans filled their freezer.

A look at the hunting regulations suggested enormous game populations, and my inexperience with Alaska had me believing something that was not so.

From the 1950s into to early 1980s, it seems, was the apex of modern big-game hunting in Alaska. Game had recovered from the “market” hunting that occurred in the early days of Alaska’s development. The human population was half of what it is today and folks didn’t have the expendable income that allowed forays into unsettled Alaska. For those who did, the hunting was magnificent.

My early years in Alaska were much like what our young friend was searching for. Hunting and fishing had a significant role in sustaining life. I never had money to do much flying or other means of travel to better areas, so I hunted where I lived. I worked hard scouting the offseason and had a decent amount of success, killing a moose more often than not each year. Between that and the occasional black bear, caribou, small game, upland birds, waterfowl and fish, life was good.

Game populations ebb and flow with environmental changes and pressures. An area might be good for a time, and then it isn’t. Significant advances in game populations are unlikely. Alaska’s environment does not lend itself to the prolific game numbers found in more temperate climates. Humans are just the opposite. The increase in human biomass continues and the same number of animals is targeted by more people. Now, many hunters must rely on the luck of the draw to hunt where they live. If we are honest, hunting in Alaska today pales in comparison to what it once was.

Our young friend had inquired on an Alaska hunting forum about the cost of hunting big game. He was a bit taken aback at the answers he received. In his world he can hunt deer and elk, with good odds of success, for a moderate license fee and gas money for his truck. He couldn’t conceive spending $2,000 for a moose hunt (a baseline amount for a fly-in hunt in Alaska) and wanted to know if that were true.

Well, yes and no.

If you reside in a rural area with a moose (or deer or caribou) population that allows a general open season, and you are willing to put in the time getting to know the country and the game, and willing to hunt and pack on foot, then inexpensive hunting is possible. The initial costs of equipment, rifle, frame pack, binoculars and other such things are investments that will last years. If you process the meat yourself, then license fees and a bit of gas money is all that is required. That makes for a rather inexpensive hunt that pencils out economically in the hunter’s favor.

When hunting in areas that require all-terrain vehicles, airplanes, boats or rafts, the costs escalate, and the meat value doesn’t pencil out. But for many Alaska hunters, the annual hunting trip is their vacation. For those who love it, the choice between a trip to Hawaii or a trip to the Brooks Range is a no-brainer.

What to say? Hunting brought me to Alaska, but it isn’t the only reason I am still here. There are much easier places to enjoy a more productive hunting lifestyle. But those places don’t have the charm of Alaska. The mountains here are different, and the sublime beauty of the country is enhanced by magnitude, few road connections and the mystery secreted in the Arctic tundra.

Steve Meyer is a longtime Alaskan and an avid shooter. He lives in Kenai.