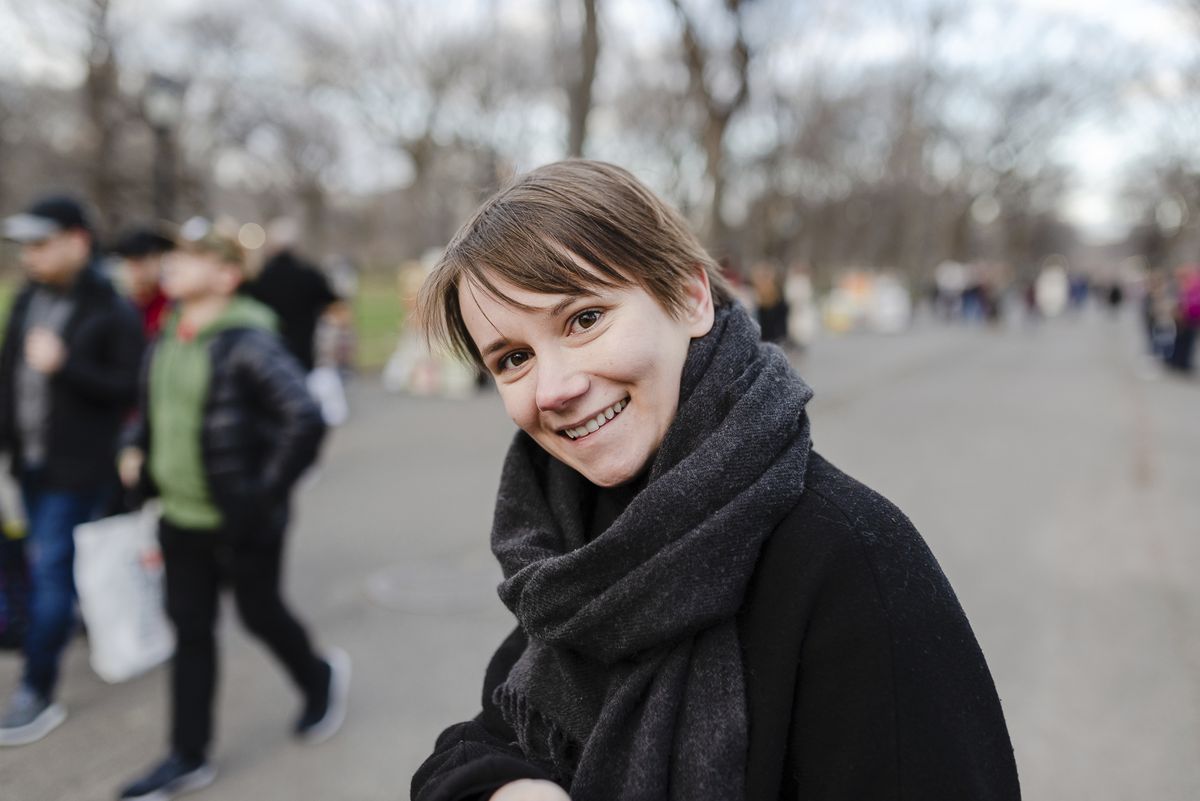 FAIRBANKS — A newlywed said he frantically tried but failed to save his wife as she struggled to cross a raging river near a bus in the Alaska wilderness made famous by the movie “Into the Wild.”

Piotr Markielau told the Fairbanks Daily News-Miner in an email Tuesday that he and 24-year-old Veranika Nikanava had spent two nights at the bus, which serves as a shelter for hikers and hunters near Denali National Park.

Rain had swelled the nearby river when the couple from Belarus tried to leave the area.

The 24-year-old Markielau crossed first on July 25 and then watched as his wife lost her footing. He said he managed to get her to the bank, but lifesaving efforts failed.

Nikanava was an actress, documentary filmmaker and political activist in Belarus.

Markielau said the couple had stopped to have a cigarette as they approached the swollen river.

"We were joking it might be (the) last cigarette of ours," he said in the email. "Then I took several selfies of us both on my phone."

The bus has been the source of multiple rescues since it was made famous, first by Jon Krakauer's book published in 1996 and then by Sean Penn's 2007 film.

Both chronicled the life and death of Christopher McCandless, who hiked into the Alaska wilderness with little food and equipment and spent the summer living in the bus. He was found dead there from starvation.

The bus now draws hikers enamored with the story.

Markielau said he and Nikanava scratched the words “Piotr & Nika / Just Married / 07/19” inside the bus and also wrote in a journal they found on the bus.

They began to run low on provisions during their two-night stay and ate food that others had left behind.

The couple had no problems crossing the river on the way in. A rope had been stretched across the river to help those trying to cross it.

Markielau went first on the way back, saying he was tired and scared after reaching the other side. He saw his wife was in trouble but couldn’t hear her over the raging water.

"I think her feet lost grip with river's bottom. I went to her and started to drag her," Markielau said in his email. "She was a very strong woman. Being under water already, she was holding me with her hands for 30 seconds maybe. She loved me so much. It was horrible."

He estimated it took him five minutes to get her to shore.

Nikanava appeared in the 2010 Russian-Berlarusian movie “Fortress of War” and recently directed the documentary “Mothers 328” about relatives of people convicted of drug-related crimes in Belarus.

Markielau described her as brave and said she lived a full life and wanted others to do the same.

"I was happy every day with her," he wrote. "Nika was a bright flame of love, sharing that love with everyone around."

Also lost in the river was a waterproof bag with all their documents, cards, phones and the last pictures he took of his wife. If anyone finds it, all he wants are the photos, he said.

Other hikers to the bus have also run into problems over the years.

In 2013, three German hikers had to be rescued. They told troopers the river they crossed getting to the bus had become impassable for the return due to high, swift-running water. The hikers had proper gear but only enough food for three days, troopers said.