When sharing the backcountry with bears, choose a shotgun as your companion 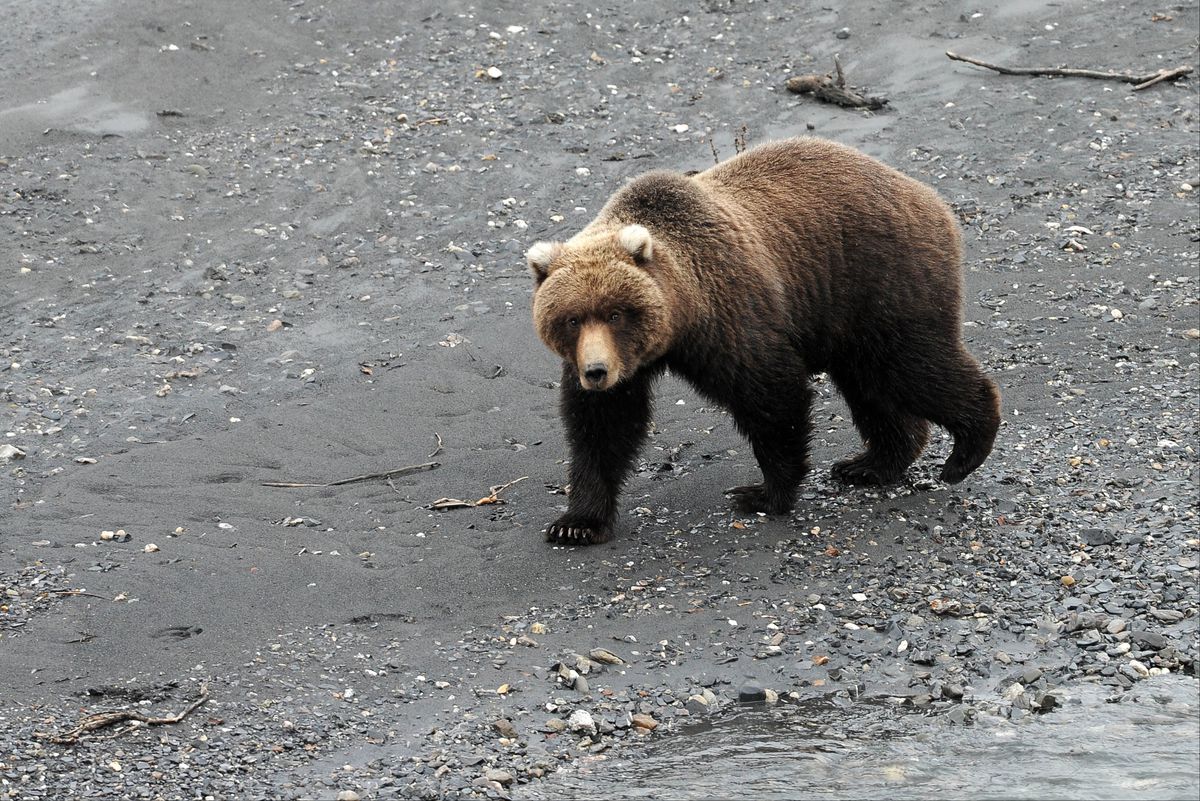 Bears are fascinating critters. If asked, most folks unfamiliar with the big, furry animals would call them unpredictable and dangerous. Both statements could be true ... but not really.

Dogs are unpredictable if one isn’t familiar with them, but to those who know them, there are few unexplainable dog actions. The difference between dogs and bears is that many of us live around dogs, but very few live with bears.

Fear is the most common notion associated with bears, especially grizzly or brown bears. Grizzlies exude power. They look unstoppable.

A cannister of pepper spray is a cap gun in the face of a brigade. How many of us will stand in the face of the 30 mph charge of an angry sow protecting her cubs? Would you be comfortable waiting until she is 15 feet out before you press the trigger on your tiny can of pepper?

You probably can count those who have done that on one hand, because surely some of those who might have tried are no longer with us.

I can recall hearing a story first-hand from a couple of geologists who were out taking ore samples on a ridge. It was open country and the two guys spotted a medium-size grizzly lopping toward them down a slight incline. Both were armed with pepper spray, which they pulled out and readied.

The bear did not slack speed or alter his path. He was on the geologists in seconds. Both fired their pepper spray, though they admitted the spray may have been triggered at 30 feet or better. The grizzly did not stop, but instead ran over both of them, swatting and growling while continuing on his way.

Both men received minor cuts, but no major damage. Neither could offer any explanation why that bear chose that particular path. They also remarked that while the bear paid little attention to the pepper spray, they were almost incapacitated by the cloud.

A more predictable bear attack took place in the town of Naknek recently. A would-be fisherman spent a little too much time at a local bar. He was hungry, so grabbed a pizza on his way back to the boat yard. Rather than climb onto his boat, he made the decision to nap in his truck. The door was open and the remains of the pizza were on the seat. His morning was ruined by a brown bear dragging him out of the truck by his leg. The attraction was undoubtedly the pizza. That’s one guy whose dreams will never be the same.

Boat storage yards in Naknek are notorious for garbage hunting bears. Most incidents can be blamed on inattention and poor reactions. A deckhand who also spent a bit too much time at one of the local bars stumbled by a dumpster on his way back to the boat and found a small bear rummaging through garbage. The deckhand was startled and immediately ran toward his boat. The bear gave chase and gave him a few good bite wounds before heading back to his dumpster. Predictable.

An almost identical encounter happened to me a few weeks ago. I walked by a garbage truck at one of the canneries and belatedly noticed three small cubs in the back munching on garbage. Without changing stride I continued on my way while noticing a sow, undoubtedly Mom, slinking along the brush line. I will admit that upon reaching my boat, I wasted little time getting up the ladder.

In another instance, a setnetter was caught on the cannery dock between stacks of fish totes. A brown bear sow appeared, coming up the aisle in front of him. Turning, the man discovered three big cubs coming from behind him. The totes were stacked four high so there was no climbing out. The setnetter screamed and ran at the cubs, who did backflips to get out of his way. There is no telling how far the fisherman ran, but he was still wild-eyed when he told me the story a day later.

In the majority of grizzly stories I have told, the responses of the bears are pretty straightforward. There are other instances that are not so easily explained.

A decade or so back, a couple was camping on the North Slope. They did everything right, or so it seemed. Their food was cached far from their tent. The approach to the camp had a clear field of view. In spite of that, a bear came along and got both from the tent; neither survived. No one knows exactly what happened in this instance.

Unpredictable, or just unfamiliar, it matters little. We all hear of bear attacks these days and for most, that creates a little tickle of fear when hiking in the outback. My advice? Use the pepper spray on your eggs — and carry a decent 12-gauge shotgun.

John Schandelemeier is a lifelong Alaskan who lives with his family near Paxson. He is a Bristol Bay commercial fisherman and a two-time winner of the Yukon Quest.