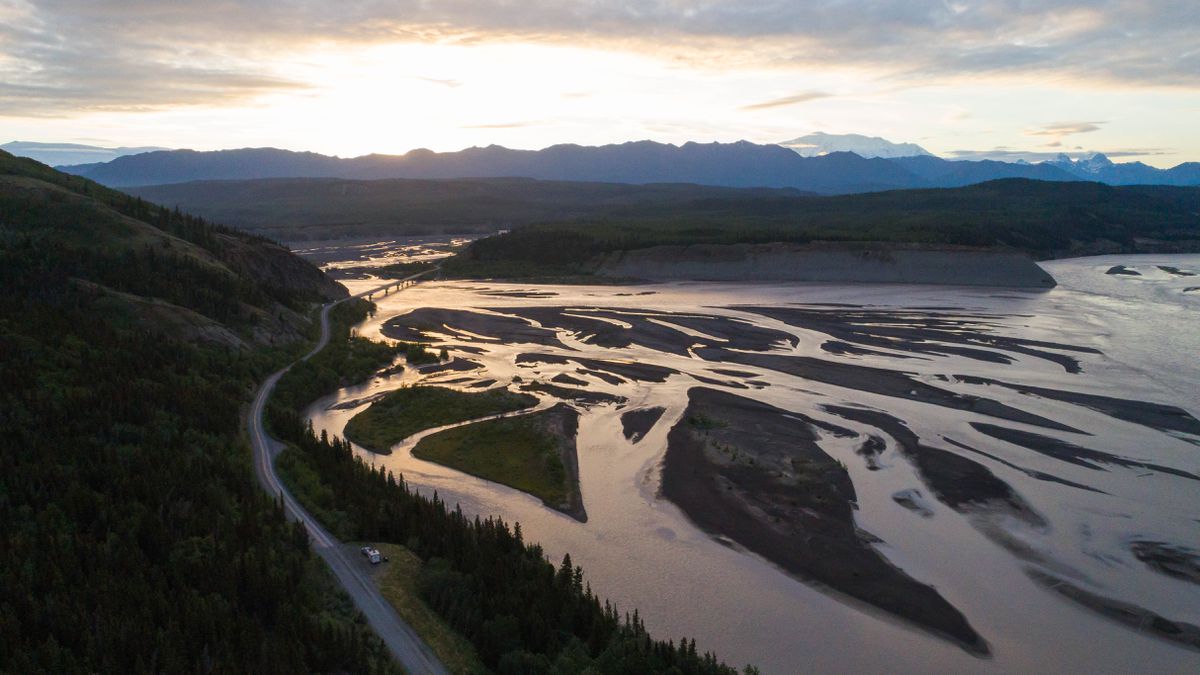 Sunrise on the Copper River where it meets the Chitina River. (Loren Holmes / ADN)

Sunrise on the Copper River where it meets the Chitina River. (Loren Holmes / ADN)

The state is taking the historic action of shutting down Copper River dipnetting at the popular, physically demanding sites around Chitina.

The Alaska Department of Fish and Game issued an emergency order Wednesday closing the personal-use fishery until further notice as of Monday.

The state decision comes amid dismal returns of the river's famed sockeye salmon, usually plentiful enough to fuel not only personal-use and subsistence fisheries but also commercial catches to supply markets and restaurants around the Lower 48.

Biologists blame the "Blob": a large mass of unusually warm water that lurked in the Gulf of Alaska from 2014 through 2016 when young sockeye returning now swam out to feed.

For the commercial fishery at the Copper River's mouth, this year's sockeye catch is the second lowest it's been in 50 years, after Fish and Game shut down that fishery in late May.

State fish biologists say otherwise there might not be enough sockeye swimming back up the Copper River to spawn and keep the run going strong.

About 7,000 people dipnet the Chitina every summer in a season that normally stretches from June to September and averages about 170,000 salmon caught a year.

It's a tough place to fish. The river's roaring, cold water and steep banks force dipnetters to fish with ropes tied off to rocks, stand in water up to their armpits wielding a heavy net, or spend the day in a boat.

[The charms, and dangers, of Chitina dipnetting]

The state has never shuttered the personal-use fishery before.

"It's unprecedented," said Mark Somerville, Glennallen-based manager for the Upper Copper-Upper Susitna area. "We have not taken action on sockeye in the Copper River since statehood."

The 2018 sockeye run to the Copper appears to be much weaker than expected and is the eighth lowest count for this date since 1978, according to the emergency order. As of Tuesday, a sonar counter at Miles Lake logged 178,693 salmon while the preseason projection was 276,899 salmon.

The department will "monitor the run closely," the order states. If the number of fish past the sonar improves, managers may reopen the fishery if other goals are met. Regardless, the personal-use fishery at Chitina will reopen by regulation on Sept. 1.

The state is taking no action at this point on a subsistence fishery in the Chitina sub-district expected to take 30,000 to 40,000 fish if it goes unregulated, Somerville said. That fishery is considered a priority, but could face restrictions if sockeye counts continue to drop.

[2017 video: Lots of fish, no crowds: Why dipnetting in the Copper River is better than the Kenai]

Dipnetting may not reopen until Sept. 1 unless the sockeye run strengthens, he said. Managers also need to account for fish returning to the Prince William Sound Aquaculture Corp. hatchery on the upper Gulkana River and chinook salmon starting up the Copper.

Dismal returns have marred the Copper River's commercial fishery, too.

A Copper River salmon made the annual celebratory flight to Seattle on an Alaska Airlines plane painted to look like a fish in mid-May.

The bright salmon the flight crew cradled for news cameras marked the start of yet another highly marketed early-season fishery for the Copper River commercial sockeye fleet.

Then fuss turned to fizzle when the fish didn't show.

The last fishing period was in late May and there are no more openings on the horizon.

The sockeye shortage has led to high prices for Alaska and Lower 48 markets that sell the prized salmon to eager customers willing to pay high dollar for the deep red Alaska fish — but only so high.

This year, some customers are balking at $35 a pound for Copper River fillets, said Leif Wespestad at Pure Food Fish Market in Seattle.

"I think lots of people are getting smarter with their money. It is a treat, but it's an expensive one," he said by phone. "We sold more in the past when they were more abundant and a little bit cheaper."

Count up, but is it enough?

The roughly 500 boats that net salmon at the Copper's mouth haven't been on the water since May 28, when state managers shut down the fishery after just three periods.

Their concern: There aren't enough sockeye returning up the river to make a 360,000-fish minimum escapement goal — the lowest number biologists say is necessary to preserve the health of the run. As of last week, just a little over 100,000 fish had returned.

It wasn't until the boats came off the water that numbers of sockeye salmon passing a fish-counting sonar started to rise, a state biologist said this week.

This week, the number of sockeye past that sonar was back to more expected levels with an average of 12,000 fish a day for the past five days, Alaska Department of Fish and Game's Cordova-based area biologist Jeremy Botz said Wednesday.

"But that's without a fishery," Botz said.

It's not clear exactly why Copper River salmon — and others around the state including on the Kenai River, where the state announced sport king fishing restrictions this week  — are flagging this year.

Biologists say the Blob is the likely culprit, at least for reds.

Warmer waters hit the Gulf of Alaska and North Pacific Ocean just as these Copper River fish swam out to the ocean as juveniles to feed.

Generally, when the Gulf is warmer, waters closer to shore are colder, Somerville said. So these fish swam into that cold water straight out of their home estuaries and grew more slowly, making them more vulnerable to predators.

Once out in the Gulf, he said, higher water temperatures killed off sand lance and plankton that sockeye eat, leading to the smaller-sized reds coming out of the water at about a pound below average weight.

Other species like pink and chum salmon out in the North Pacific at the same time returned in smaller numbers too, Botz said. That adds weight to the Blob theory.

"That's the main theory behind what could be happening here," he said.

[Does the 'Blob' foretell the North Pacific's future? A scientist says yes.]

The downturn for Copper River fish is a boon for some, at least.

"Several distributors and grocery store chains across the Midwest have taken advantage of the opportunity to source Prince William Sound sockeye to fill the space that would typically have Copper River sockeye in them right now," Hoover wrote in an email. "We've even seen West Coast restaurants serving up fresh Prince William Sound keta salmon and roe on their specials menus."

Meanwhile, the downturn in dipnetting that's already started means there are a few hundred visitors to the out-of-the-way Chitina area instead of thousands, said Ann Gilpatrick, whose family runs Gilpatrick's Hotel Chitina Inc.

"My business is suffering drastically from that drop," Gilpatrick said.

The hotel, housed in a 104-year-old building, closes for most of the afternoon now. The family, however, is hoping the run is late, or next year will be better.

"It's bad but it shouldn't affect the economy out here long-term," she said.