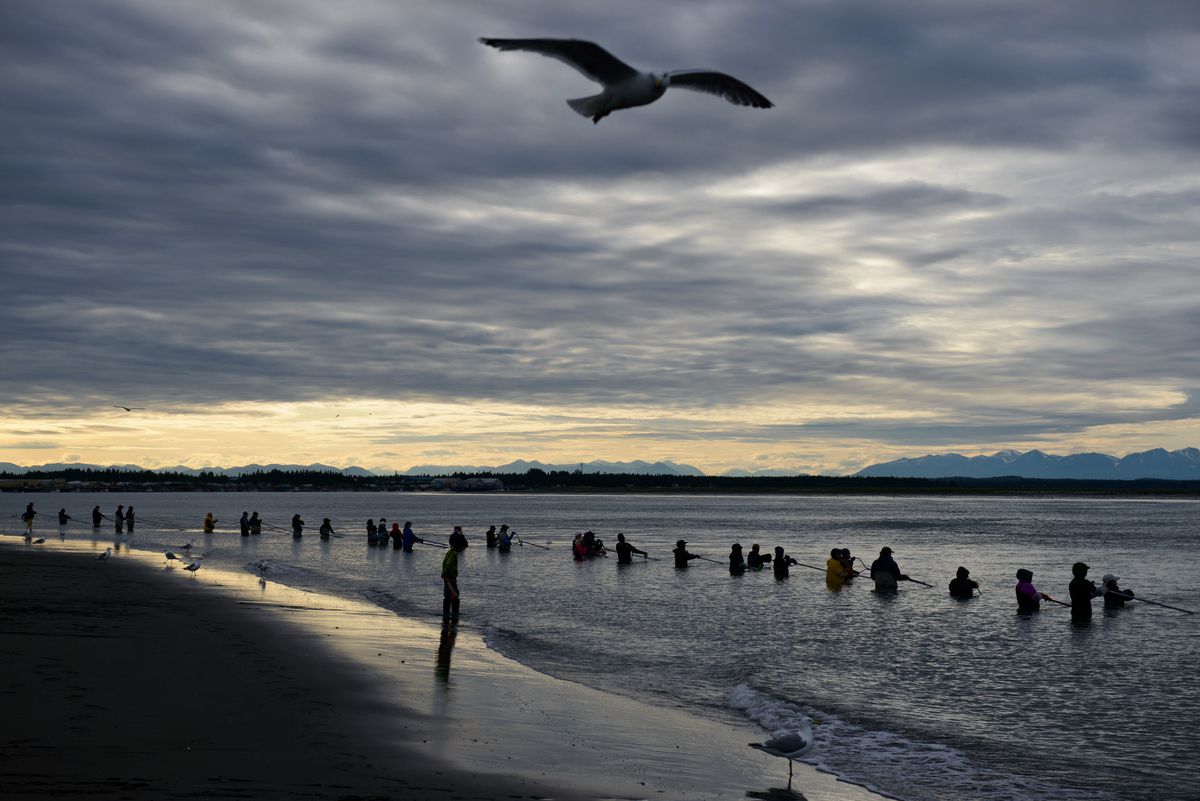 Alaskans lined the banks at the mouth of the Kenai River in Kenai for the sockeye salmon dipnet fishery on July 11, 2017. (Marc Lester / ADN file)

Alaskans lined the banks at the mouth of the Kenai River in Kenai for the sockeye salmon dipnet fishery on July 11, 2017. (Marc Lester / ADN file)

Fishing has been slow on the Kenai River, but that's not stopping Alaska State Troopers from catching a boatload of dipnet delinquents.

In the past week, Alaska Wildlife Troopers have written at least 59 citations for dipnet violations in the Kenai River personal-use sockeye salmon fishery, according to an unofficial tally taken from online troopers dispatches. Since the season opened July 10, troopers have issued at least 70 tickets for illegal personal use fishing on the Kenai, with fines ranging from $85 for failing to clip tail fins as required to $260 for illegally retaining a king salmon.

Although tickets have been issued since the day the fishery opened, the rate dramatically increased on July 23, when troopers wrote 13 tickets in a single day. According to the online dispatches, troopers from Tok, Fairbanks, Anchorage, Soldotna and Anchor Point have written tickets in the popular personal use fishery at the mouth of the river.

Each Alaskan is allowed 25 personal use salmon, plus 10 more for each additional household member. Although there is no cost to participate, fishermen must carry a valid sportfishing license and a personal use permit. State regulations require personal-use fishermen to record their catch and clip both tips of each fish's tail fins. Salmon must be marked before they're concealed from view or removed from the fishing site. Violations can result in both fines and potential loss of future fishing privileges.

In 2017, Alaskans harvested nearly 300,000 sockeye in the Kenai River fishery, nearly three-quarters of the entire personal use catch statewide. In past years, the harvest has been more than a half-million.

However, this year has seen lackluster salmon returns across Southcentral, and on Friday the Alaska Department of Fish and Game announced it's closing the Kenai River fishery on July 30 due to a lack of fish. As of Thursday, 383,211 sockeye had been counted by the department's in-river sonar, a little more than half of the lower end of the sustainable escapement goal of 700,000 to 1.2 million Kenai River reds.