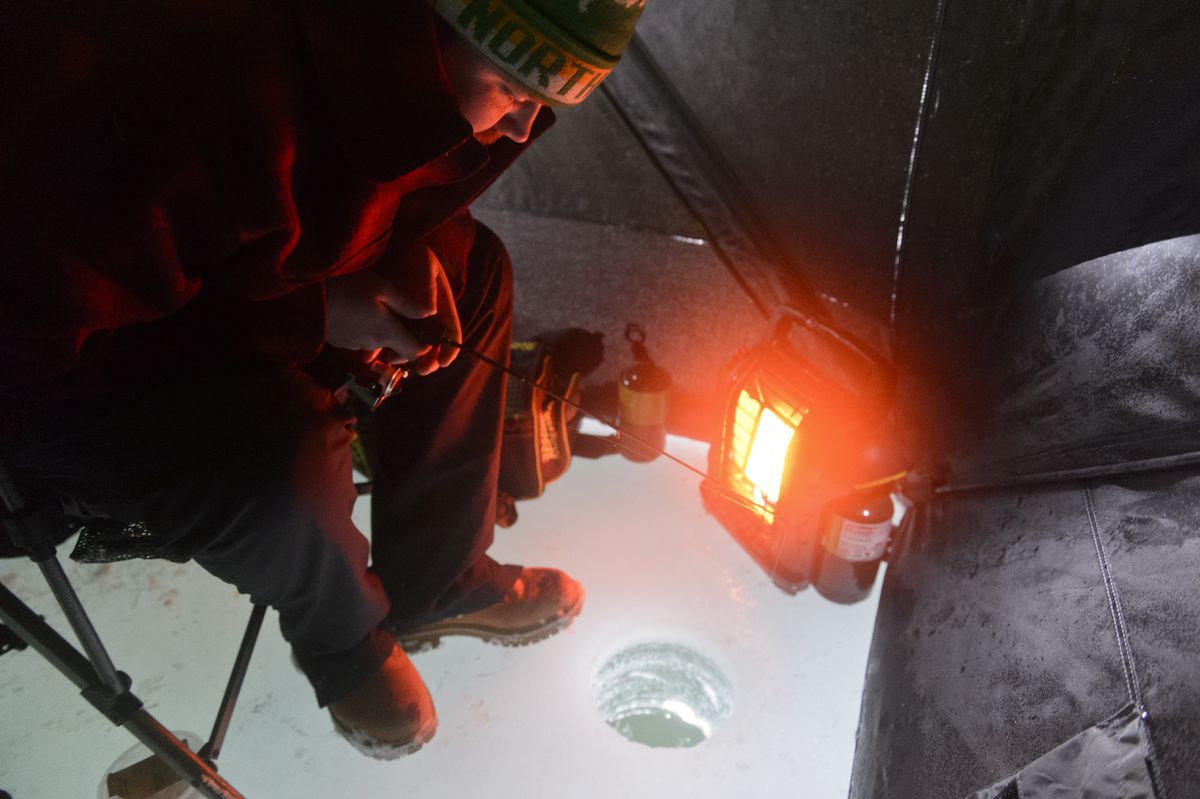 Temperatures in Anchorage were in the low single digits Friday, and a slight breeze made it feel even colder. But conditions were right for Matthew Driskell, 17, and Taylor Baker, 16, to ice fish for a few hours. The teens dragged their gear in a sled, drilled two holes in the 8-inch-thick ice and dropped hooks baited with shrimp into the water.

“Instead of just staying at home inside playing video games, I’d rather be out here ice fishing,” Baker said as he unloaded gear from the sled he dragged across the snow.

Driskell, a King Tech High School senior, said he’s been fishing Sand Lake for many years. He suspected the fish might found near the western end of the lake. He said there’s rainbow trout and Dolly Varden in the lake, but he’d be happy to catch and release “whatever will bite.”

Baker, a Dimond High School junior, said fishing is his year-round passion, and ice fishing is something he recalls doing with his dad when he was young.

“We’d go out there and fish for hours on end,” Baker said. “I just remember catching a big 25-inch rainbow through the ice. It’s got me hooked ever since.”

The ice beneath them glowed from inside the dark shelter. Both boys sat quietly as they watched and jigged their lines. Driskell caught two small fish in the first 15 minutes of the session, then the action quieted for the next half-hour. But by their measure, it had already been a successful day. Baker said his goal was just to get out and have fun with a friend.

“If you catch one fish …” Driskell started to say before Baker finished the thought. “It’s a bonus,” Baker said.