Photos: Opening weekend on the Russian and Kenai rivers for early run sockeye 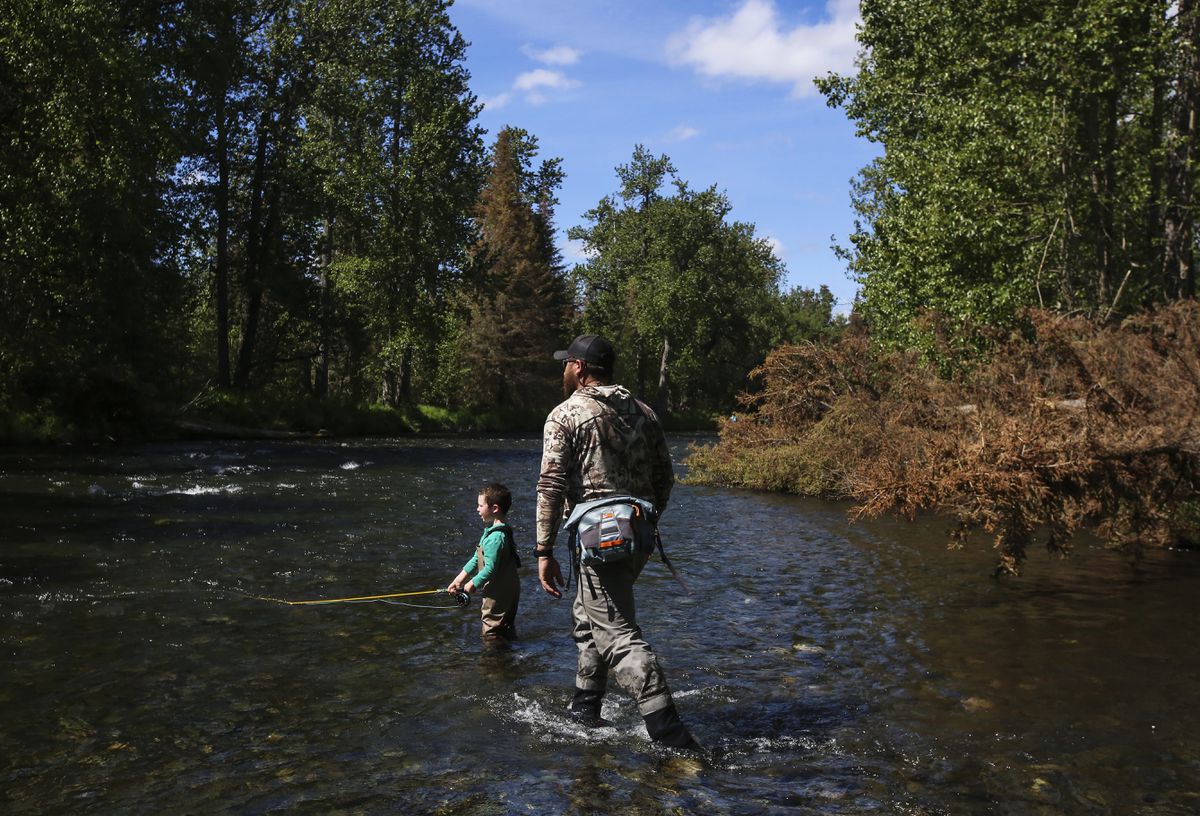 COOPER LANDING –– Even with a low fish count for the Russian River early sockeye salmon run, people were excited to spend the warm summer weekend in their waders with friends and family.

Initial counts for the first two days were 80 fish, according to the Alaska Department of Fish and Game.

Weekend visitation at the river as been steady but slow, said staff with Alaska Recreational Management, which manages facilities here.

“They’ll be coming when the fish get here,” Jacob Laumbattus said as he worked at the Russian River Ferry terminal Sunday.

Small groups of anglers easily found spots in the water but struggled to catch fish.

“I’m surprised it’s this relaxed,” Victoria Florey said while fishing with her husband, Iain Brown, and their young children. “I was a little nervous, kind of dreaded the crowds that I was visualizing.”

She and Brown took turns having their kids, Teagan Brown, 4, and Harlan Brown, 5, cast the line. Eventually Teagan and Harlan found more excitement toward the shore, playing with grass in the water.

Just downstream, the Russian River opens up and meets the Kenai River. Away from the shade, the sun beamed down and reflected off of the aquamarine water. Gulls dotted the river at the confluence where salmon scraps bobbed in the shallow water as rafters passed by.

Further down the Kenai River, swallows darted overhead and searched for insects as a handful of anglers at a time loaded onto the ferry.

Deckhand Vincent Hogarth and Captain Jordan Laumbattus worked the ferry back and forth Sunday. The roughly 30-foot boat is powered solely by the river and runs along a cable.

For Jan McCurtain, the Russian River campground host coordinator, things are feeling “normal” again –– a sentiment echoed by Alex Browning as he sat in the sun on a rock and watched his friend fish.