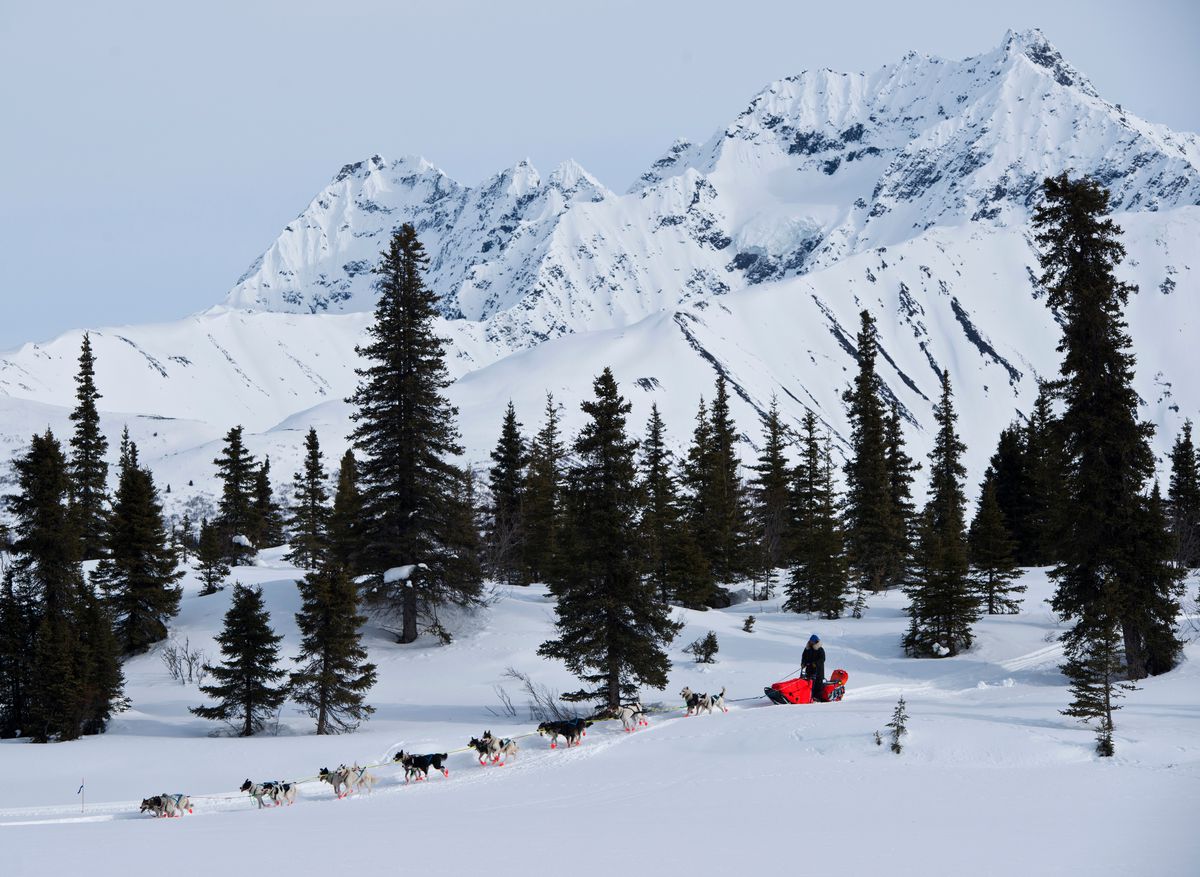 Ralph Johannessen drops down onto the frozen surface of Puntilla Lake in the Alaska Range during last year’s race. (Marc Lester/Alaska Dispatch News)

Ralph Johannessen drops down onto the frozen surface of Puntilla Lake in the Alaska Range during last year’s race. (Marc Lester/Alaska Dispatch News)

Whether the Iditarod Trail Sled Dog Race will officially begin in Willow or Fairbanks next month is anyone's guess — for now.

Despite snow dumping on Anchorage this winter, particularly in January when 32 inches fell, the Iditarod Trail Committee issued a brief statement Wednesday saying there is inadequate snow in Rainy Pass and the Dalzell Gorge, a notoriously perilous stretch of trail piercing the Alaska Range.

The committee said it will make a final decision Feb. 10 about where to restart the race. The Iditarod restart has moved north to Fairbanks twice, in 2003 and 2015.

There are 75 mushers signed up to run this year's Iditarod. The ceremonial start is Saturday, March 4, in Anchorage, and the restart is typically scheduled for the next day in Willow. The last time the Iditarod moved to Fairbanks, the restart took place two days later, on a Monday.

Iditarod officials did not respond to a request for additional information on trail conditions.

Dick Heiny, a caretaker at The Perrins' Rainy Pass Lodge about 140 trail miles from Willow, said Wednesday there is 14 inches of snow on the ground at the lodge, located on the shores of Puntilla Lake. But conditions could be significantly different up the trail, he said.

"Even a mile out of here, going up the trail, the reports from some of these snowmachiners are that it's quite dry," he said.

The Dalzell Gorge lies between Rainy Pass and the next checkpoint of Rohn, 35 miles away.

The Iron Dog snowmachine race from Big Lake to Nome to Fairbanks will start Feb. 19 at Big Lake, a day after a ceremonial start in Anchorage. The course runs through the Rainy Pass area.

Kevin Kastner, the race executive director, said he expected snowmachiners to travel the course this weekend. He did not anticipate problems for the Iron Dog race, which requires different conditions than the Iditarod.

"Low snow does not stop us. So that's not an issue," he said. "Two years ago they did over 300 miles in dirt, rock, open water and frozen tundra so they'll survive."