After asking Iditarod to bypass Shaktoolik over coronavirus fears, residents fix up a new checkpoint outside town to shelter mushers 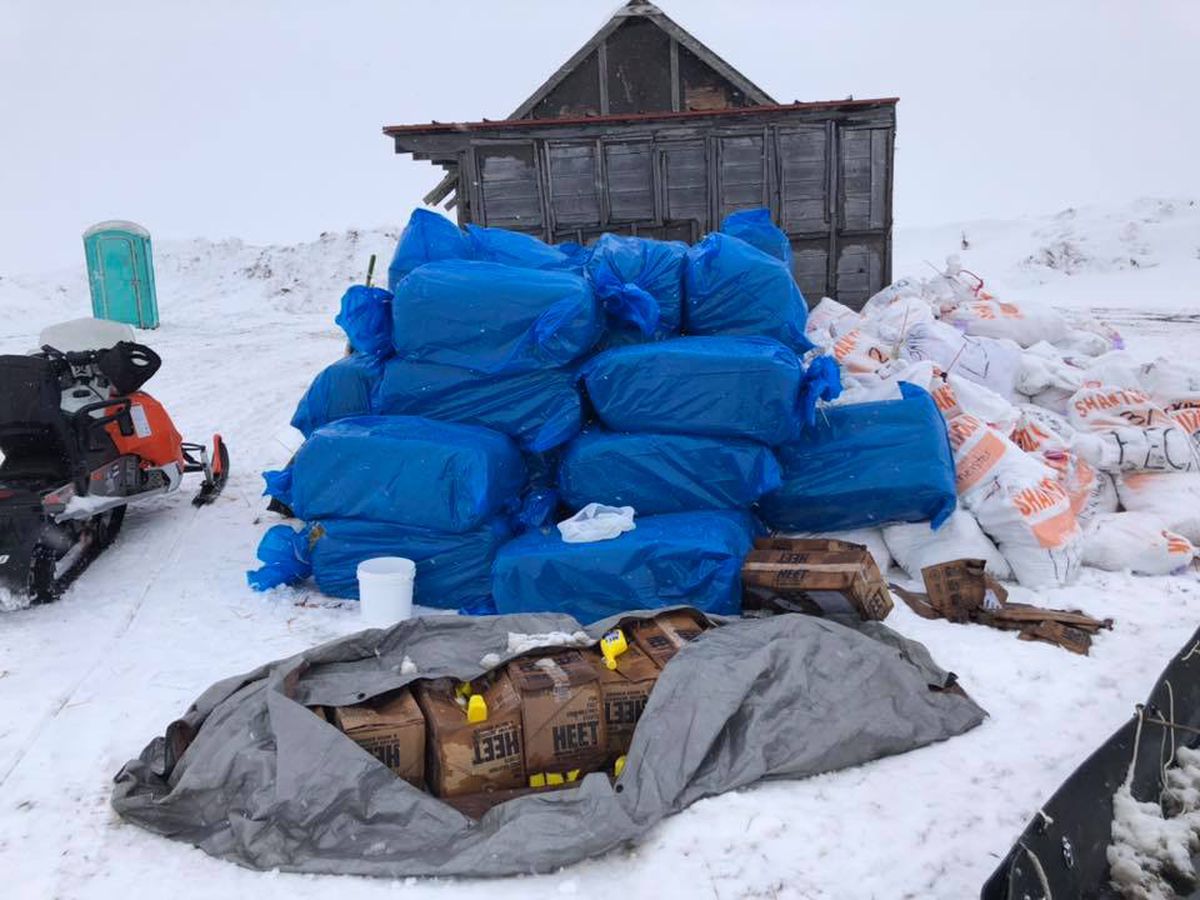 On Friday, the Iditarod announced that mushers would not be stopping in the village of Shaktoolik, a key source of shelter along the notoriously stormy Norton Sound, and would instead pick up their drop bags and straw at a hospitality stop outside town — without shelter, water, food or volunteers. The village had voted that, in light of the spread of COVID-19, they didn’t want outsiders coming in at this time. They have to protect their elders, and other vulnerable people, from the risk of infection.

The decision was not made lightly. A century ago, the Spanish influenza epidemic left only six survivors in the whole village.

“But some people started thinking,” said Lynda Bekoalok, a middle-school teacher whose husband’s great-grandmother survived the 1918 flu, “we gotta have a place for the mushers somewhere.”

“My husband is the vice mayor of Shaktoolik,” said resident Hannah Lynn Sookiayak, “and he and I were sitting on the couch, thinking about what we could do. I told him, I’m just going to post on Facebook asking for help.” They called neighbor Eugene Asicksik, who plows the roads, and asked if he could plow a trail to the old village site, which was abandoned in 1976. Asicksik thought one of the old houses could be fixed up to make a shelter.

Before long, word of the project had spread, and about two dozen people came together to help, working 13-hour days to turn the abandoned house into a welcoming checkpoint. “The house was full of 3-4 feet of snow,” said Bekoalok, who has limited mobility and volunteered from home as a coordinator. “They had to shovel the house out, and they put Visqueen on the windows, so that light comes in but the cold doesn’t.”

People donated hot plates, a generator, lights and a wood stove. They drilled a hole in the river for water, chopped firewood so that mushers would have a ready supply, and hung up a banner to welcome them. They put encouraging signs along the trail to tell teams they were almost there. “We had our youngest elders to babies hauling wood and water,” said Sookiayak, estimating that the youngest helpers were 4 years old.

The checkpoint is still atypical; it won’t have a communications team or veterinarians, and villagers will be keeping their distance while mushers are there. But in every other way, it’s an operational shelter. “I’ve already had people calling and texting about taking food down,” Bekoalok said. “I made cookies yesterday to take down there. We’ll be making stews and all sorts of stuff. We want to make sure mushers are fed.”

“People here love the race," she said. "It’s the time they get to mingle with outside people, and get to know people from all over the world. We get to know the mushers personally. This is carrying on our culture and our history, too. The race means the world to Shaktoolik, so everybody’s stepping up to make it happen.”