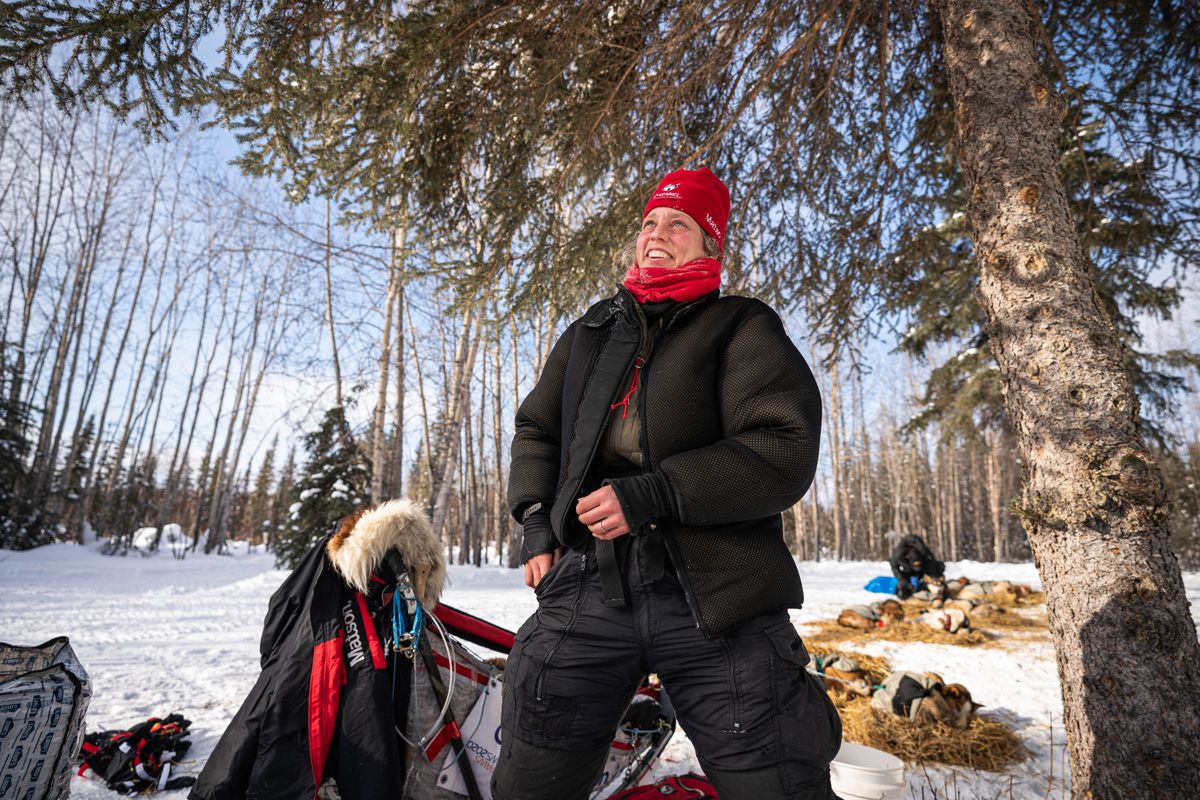 Aliy Zirkle does chores while her dog team rests in Ophir during the 2020 Iditarod. (Loren Holmes / ADN)

Aliy Zirkle does chores while her dog team rests in Ophir during the 2020 Iditarod. (Loren Holmes / ADN)

Soon after returning to Two Rivers with her husband and her dogs after placing 18th in the Iditarod Trail Sled Dog Race, Aliy Zirkle wrote a short recap of her race on the SP Kennel website.

She lamented her placement in the race and the fact she was never in contention to win, and she celebrated her ability to mush her dogs 1,000 miles to the finish line for the 20th straight year.

On Saturday, the Iditarod rewarded Zirkle’s dog-driving ability by giving her the Leonhard Seppala Humanitarian Award for a record sixth time.

It’s the third straight year and the fourth time in five years Zirkle has claimed the honor.

Considered the most coveted of the Iditarod’s postrace awards, it is given annually to the top-20 finisher who receives the most votes from trail veterinarians plus the most points from a team of three vets that assess the dogs in Nome.

Zirkle previously shared the record of five humanitarian awards with Martin Buser of Big Lake, who last won it in 2014.

No dogs died during this year’s race from Willow to Nome, a race spokeswoman said Saturday. That includes dogs running in the race and dogs dropped by mushers and temporarily cared for by the race.

Zirkle, 50, finished this year’s race with 11 of the 14 dogs she started with. A three-time Iditarod runner-up, she came into the race with top-five finishes in six of her previous eight races, but fell out of contention early.

“Overall, I am happy with the dogs and their complete dedication to me. And I am happy with my ability to mush the team across 1,000 miles of incredibly challenging conditions with out fail. I am not happy with my final placement in the race and the fact that we never even had a chance to win this year. I may determine “what happened” out there after some reflection or I may never understand. Either way, I take immense pride in my ability to mush my dog team 1,000 miles — reaching the Nome finish line — now 20 years in a row.”

Royer, who claimed third place this year, finished second in this year’s voting for the humanitarian award, followed by race winner Thomas Waerner of Norway.