By moving up 31 places in the standings, Tim Pappas wins Iditarod award for most improved musher 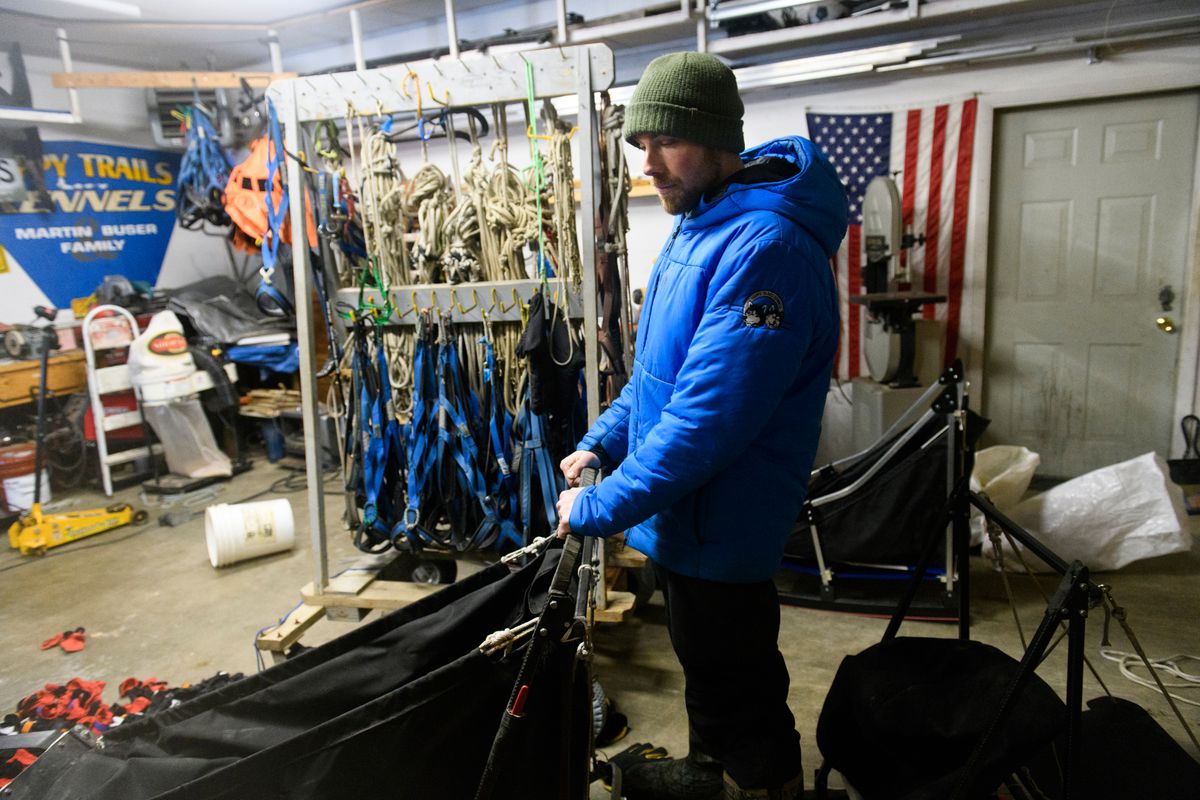 Tim Pappas looks over his sled in the days leading up to this year's Iditarod. (Marc Lester / ADN)

Tim Pappas looks over his sled in the days leading up to this year's Iditarod. (Marc Lester / ADN)

Big Lake musher Tim Pappas went from Bottom 20 to Top 20 in his second appearance in the Iditarod Trail Sled Dog Race, an improvement that earned him the Matson Most Improved Musher Award for this year’s race.

Pappas drove a team of top dogs from four-time champion Martin Buser’s kennel to a 20th-place finish in his second run to Nome. He was among 34 finishers in a race that saw 20 teams — 35% of the field — drop out during a year notable for abundant snow and dangerous overflow.

Pappas, 30, works at Buser’s Happy Trails Kennel as a tour guide in the summer and runs dogs for the kennel in the winter. This year, Buser drove a team of young dogs to Nome while Pappas drove the kennel’s veteran team.

Buser finished 25th and was part of the Elim 11, a group of 11 mushers who got stuck in Elim for two days because of a Norton Sound storm surge that sent overflow onto the trail and made it impassable.

[Bookended by rookies, Elim 11 makes it to Nome]

Pappas was one of several mushers who enjoyed big improvements this year. Jessie Holmes and Lev Shvarts both jumped up 18 spots from their previous races, and Thomas Waerner and Brent Sass both improved by 16 places.

Like Pappas, Waerner was making his second Iditarod appearance. He was the 2015 Rookie of the Year for finishing 17th, and he won the race this year.