After racing 1,000 miles to Nome, Iditarod musher Jessie Royer faced an even longer trip back to Montana 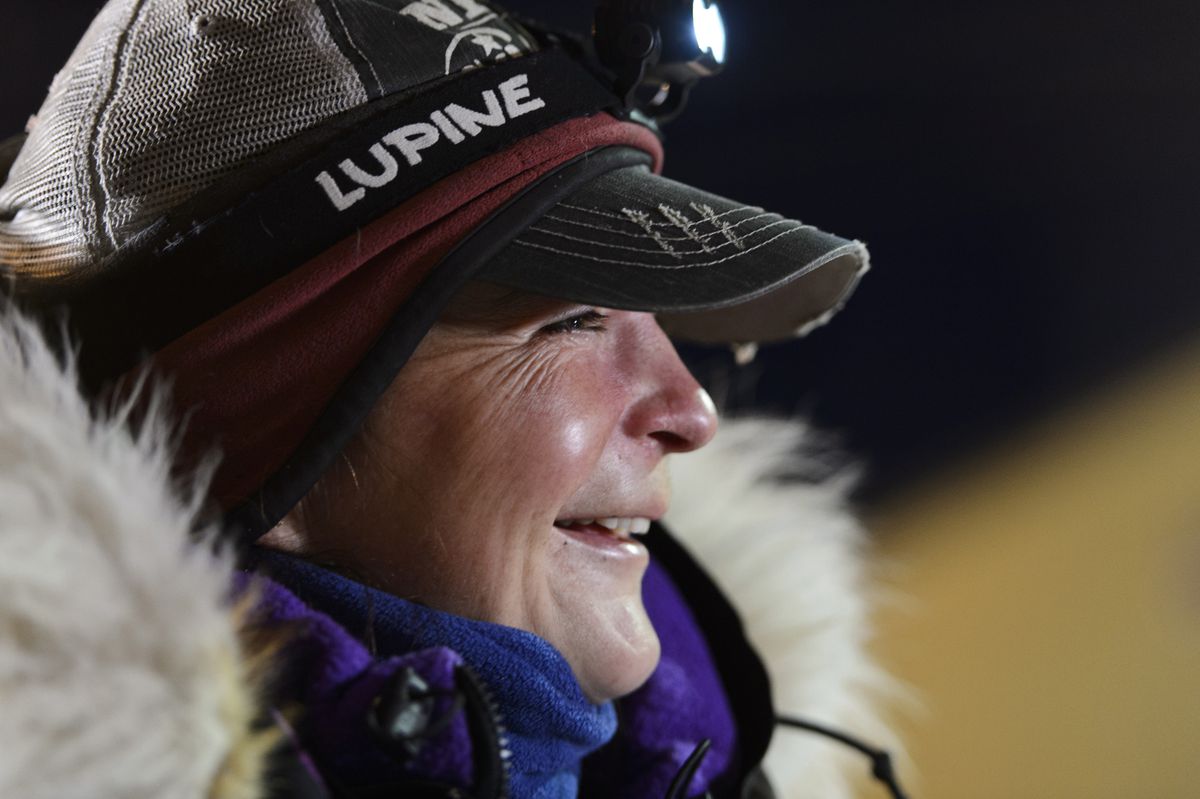 When veteran musher Jessie Royer drove her dog team onto Nome’s Front Street on March 18, the scene was unlike any she had seen in her 17 previous Iditarod races.

“It was very strange. It was kind of like a ghost town. Like there wasn’t hardly anybody up there,” Royer said.

That was just the beginning of Royer’s abrupt initiation into the coronavirus pandemic raging around the world.

Royer, who is now back at her Montana home at Placid Lake, said she had hints something serious was going on in the second half of the race when the Shaktoolik checkpoint was moved out of the village to protect residents from the virus. Nonetheless, she was completely unprepared for the bleak reception when she arrived in Nome in third place, matching her career-best finish in the 1,000-mile race.

“Normally we hang out in Nome for like a week and wait for everyone to finish and have an awards banquet," she said. "This year, basically we got to Nome and they were like, ‘Get on a plane and go home. We don’t want you here.’ ”

Because the weather had turned bad, it took three days before Royer was able to fly from Nome to Anchorage, where her trailer and gear were.

One of the Iditarod’s top contenders for nearly two decades, Royer, 43, has a home in Fairbanks and generally takes her dog team there after the Iditarod.

“I hang out there for a month or so," she said. "I’m not in a hurry to come back because April’s awesome in Alaska. I like to take the dogs and do spring camping trips and maybe go up on the North Slope and go caribou hunting and just have fun with the dogs.”

This year, however, with rumors flying about quarantines and possible border closings, Royer feared she might end up stranded in Alaska if she took time to vacation in Fairbanks. She had another 40 dogs and six horses at her Montana home at Placid Lake. Though she had a trustworthy person caring for them in her absence, she decided to head back to Montana.

A few other Lower 48 mushers assured her they had made it across the border with no problems. She even called the border station and was told it was OK to cross.

On March 26, she loaded her 20 dogs into the trailer, plus another 20 dogs from various Alaska mushers who had sold animals to mushers in the Lower 48 and would be transported by Royer in exchange for what she calls “fuel money.”

She drove eight hours to the border, and when she arrived at 2 a.m., border patrol agents told her a quarantine had been put into effect two hours earlier at midnight. She would have to remain at the border for 14 days before she would be permitted to cross.

The agents told her she was free to return to Alaska but if she tried to re-cross before 14 days passed, she would be arrested.

Some mushers trying to get home to Minnesota reached the border around the same time. Since they had no place to go, Royer offered to let them join her at her place in Fairbanks. When she got back to Fairbanks, she discovered her property was buried under five feet of snow. In 20 years there, she had never seen as much snow, she said.

After hiring someone to plow out her place, she got a call from the Minnesota mushers, whose truck had broken down. She drove back to help tow them to a repair shop. Then she went back home to get her dog yard ready for the dogs.

“My whole dog yard was snowed in,” Royer said. “We had to shovel all the dog houses and snowshoe all the snow to pack it down. My dogs looked like gophers coming out of the houses.

"It was crazy. I think I only got two hours sleep in those three days. I’m like, I got more sleep than this on the Iditarod.”

Royer heard from a musher who planned to cross and then quarantine in Whitehorse, and later that musher called to say the border patrol let her through with no fuss. She was told her to quarantine in her vehicle, only stop for fuel, and drive through Canada as quickly as possible.

“Seriously? Three days later?" Royer recalled. "And if I even show up at the border I will be arrested?”

Having spent “a ton of money” getting her place plowed out, Royer decided to stay in Fairbanks a little longer. Then more rumors came: they’re going to close the border completely, and no one will be able to get across.

Once again, concern for her dogs and horses in Montana took precedence.

Royer called the border station again, this time insisting on talking to a supervisor. The supervisor verified that Royer would be able to cross.

Royer got the supervisor’s cell number, rounded up her dogs and the assortment of sold dogs, which had increased from 20 to 34 because when she returned to Fairbanks, more people asked her to transport animals.

She drove to the border for the second time on April 6. When she got there, a computer pulled up a red-flag-warning saying she was to be arrested on sight, but the supervisor overrode the order. Agents told her not to stop at hotels or anywhere else in Canada except to buy fuel.

That wasn’t a problem, Royer said, because she usually sleeps in her truck anyway.

Having traveled the route often over the years, Royer knew where she could pull over and let the dogs out, hers to free roam and the others on drop chains. She would feed them, let them stretch their legs and go to the bathroom, and then load them back up.

At the Montana border, Royer had no problems.

“They barely asked me like two questions," she said. "I think I was there maybe 10 seconds.”

Royer finally made it back to Montana on April 9, and now that she is there, she expects a more difficult summer than usual. Normally she leases some of her young dogs to a glacier-tour companies in Alaska that cater to cruise ships in Juneau and Skagway. She makes some money, and some of her dogs escape the summertime heat.

“It keeps the dogs from getting bored and they’re up there working on snow and it keeps them happy and in shape and doing stuff all summer," she said. "And then we don’t have to feed them and take care of them down here at 80 or 90 above.”

Because of COVID-19, most of the Alaska cruises are canceled, as are the glacier operations. That means Royer will have all 60 of her dogs at Placid Lake through the summer, but she has plans to keep them busy.

“I’ll take groups of 10 to 20 dogs at a time and turn them all loose and I’ll jump on the four-wheeler and go do loose-runs around the creeks and ponds and let them jump in and cool off,” she said "It’s not quite the same as actually getting the work up on the glaciers but they’ll still get to run a little bit.”

[This story originally appeared in the Seeley Swan (Mont.) Pathfinder and is republished here with permission.]