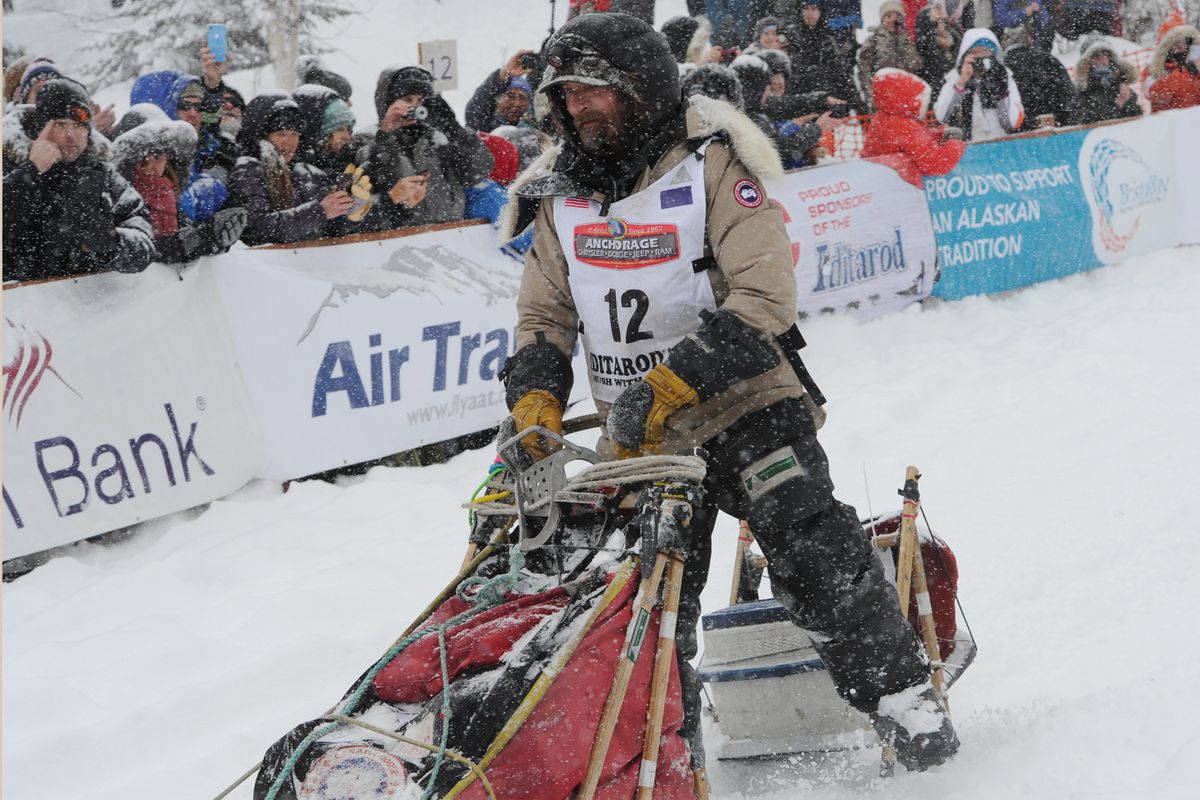 Lance Mackey of Fairbanks drives his sled during the restart of the Iditarod Trail Sled Dog Race in Willow on Sunday, March 8, 2020. (Bill Roth / ADN)

Lance Mackey of Fairbanks drives his sled during the restart of the Iditarod Trail Sled Dog Race in Willow on Sunday, March 8, 2020. (Bill Roth / ADN)

The test was performed on a urine sample taken at the White Mountain checkpoint, 77 miles from the Iditarod Trail Sled Dog Race’s finish line in Nome. Mackey went on to finish in 21st place.

The disqualification was initially announced in a letter to sponsors in which Mackey was quoted as saying he will enter drug treatment.

“Some may have expected, known, or like myself, denied where I am in my life right now," Mackey said in a statement later released by the race Thursday afternoon. “I’m tired of lying to myself, friends, family, and fans, who have all supported me, rooted for me, or been inspired by me. I apologize to all of you.

"The truth is that I need professional help with my latest life challenge. I am in the process of making arrangements to go to a treatment center where I can get the professional help and real change I need. I’m ready to confront this with all of my focus and determination.”

According to the statement, Mackey will give back the $1,049 he received in prize money, along with his 2020 finish being vacated.

The disqualification was first reported Thursday by Alaska Public Media.

“While this is a very unfortunate event, we hope this disqualification will be a turning point in spurring Lance on the trail to recovery,” Iditarod Board President Mike Mills said in the statement. “The health of Lance is our top priority. He is one of our Iditarod (heroes) who is going through a tough time in his life.”

This isn’t the first time Mackey has made headlines involving drug use. Mackey, a cancer survivor, admitted to using marijuana for pain during his four-year title run. Before the 2010 race, the Iditarod added marijuana to the list of banned substances. At the time, Mackey said that decision was pushed by other racers jealous of his success. He went on to win the 2010 title.