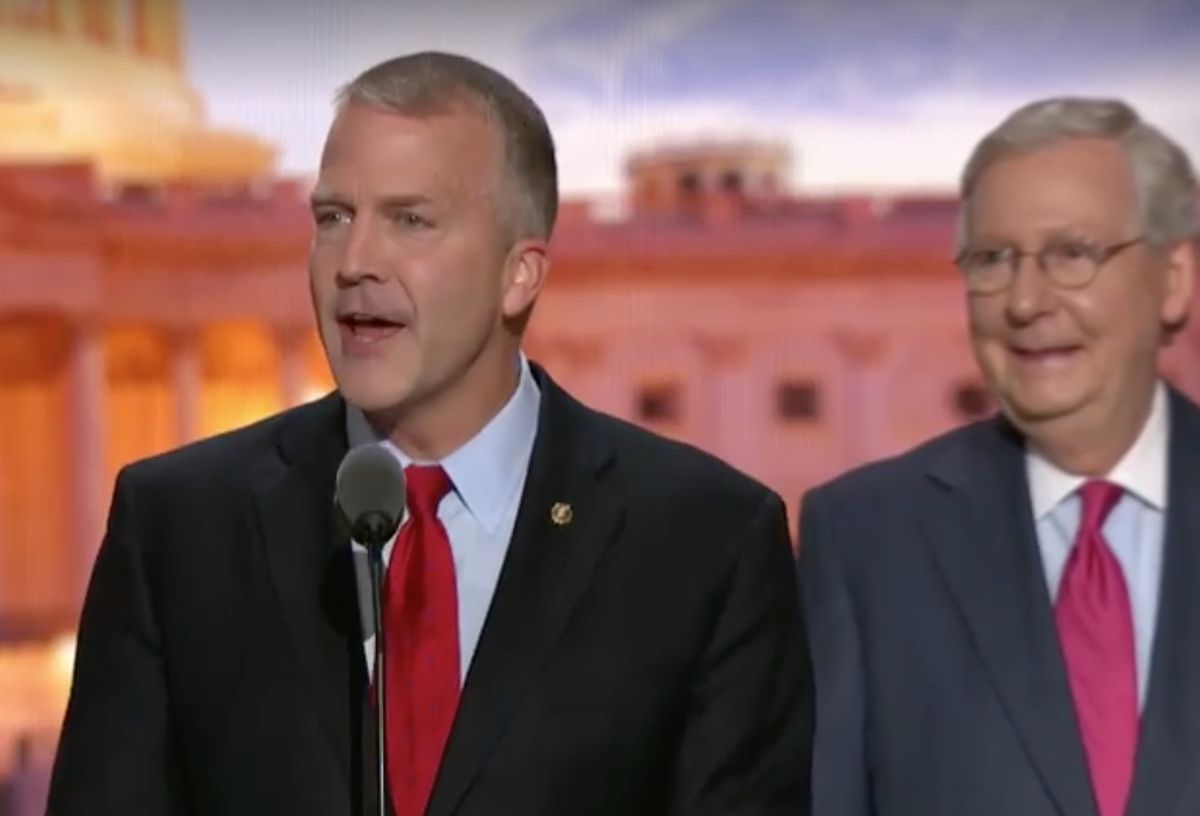 And it appears the freshman senator has now boarded the Trump train: He ended his brief speech with a line that has been repeated again and again these last two days in Cleveland: "Make America Great Again" — Donald Trump's campaign slogan.

Surrounded by the rest of the freshman Republican senators, Sullivan introduced them and their prior professions: doctors, CEOs and a hog farmer.

"You made this happen," he told the crowd. "Republicans, all across the country, you wanted new energy in the Senate, and you wanted to fire Harry Reid!" he boomed, referencing the former Democratic Senate Majority Leader from Nevada. The crowd roared in response.

"In 2016, we need to keep that momentum going. We need to keep the Senate in Republican hands and win back the White House," Sullivan said. "We need to put coal miners and oil drillers back to work, not target them for extinction, as Hillary has promised. We must, we must reignite economic opportunity in the American dream, for everybody. And when we do this — together — we will make America great again," he said, and exited stage right.

After the speech, Sullivan noted that he's "been very consistent, I think, whether I have issues with Donald Trump's statements or policies … I'm very clear," he said.

The economy is in bad shape, Sullivan said. "The president brags about his unemployment going from 10.1  to 4.7 percent," but that's because many people have stopped looking for work, Sullivan said. That is "driving the dissatisfaction of so many millions of Americans, whether they've been supporting Bernie Sanders or Donald Trump," he said. "The numbers are terrible."

Sullivan said electing Hillary Clinton would be the same as four more years of President Barack Obama. And when it comes to energy and the economy, "I'm certainly supportive of having Donald Trump versus Hillary Clinton in the White House."