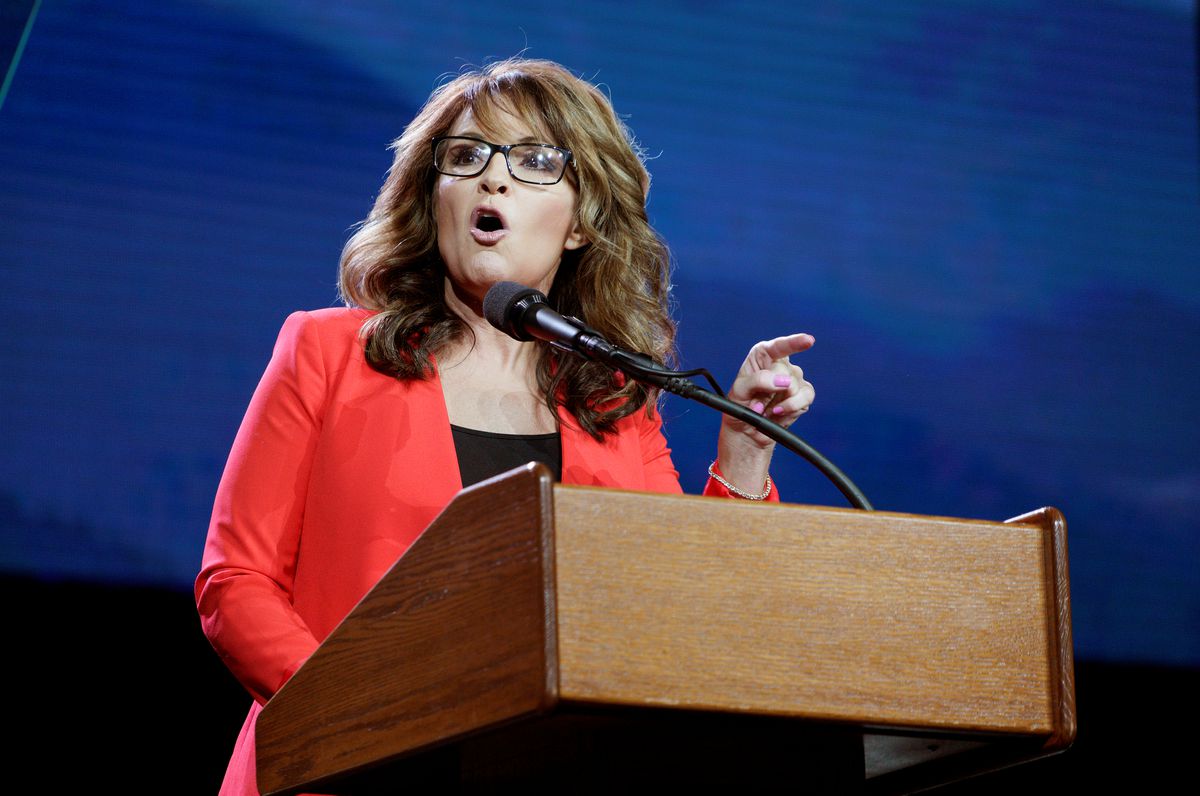 WASHINGTON — Former Alaska Gov. Sarah Palin is under consideration to head the Department of Veterans Affairs, according to a report by ABC News.

Palin appeared to back the story — which cited "a close Palin aide and a top Donald Trump transition official" by posting a link to the story on her Facebook page soon after the story hit the wires. Politico and The New York Times later posted similar stories, citing unnamed sources in the Trump transition.

The VA administers health and other benefits to veterans. It has more than 300,000 employees and the department's budget for fiscal year 2016 was nearly $180 billion. Other potential picks for the position include former Massachusetts Sen. Scott Brown and Pete Hegseth, former CEO of advocacy group Concerned Veterans for America.

The ABC News story suggests that Palin put her name in for the position with Trump transition officials.

As the VA news broke Wednesday, Palin shared a video her son-in-law Dakota Meyer posted on Facebook Sunday, and included a note of her own:

"We should be grateful we'll soon have a commander-in-chief who will champion our vets and honor the promises our nation made; a pro-private sector individual who surely understands bigger government is NOT the answer; a President who promised to drain the swamp and clean up all government corruption… all things our vets and active duty troops deserve."

The video, which bears the name of Palin's fundraising arm, SarahPAC, shows Palin speaking at the Conservative Political Action Conference in 2015. "We can't wait for D.C. to fix their bureaucratic blunders. This bureaucracy is killing our vets," Palin said. She suggested programs to allow veterans to seek medical care outside the VA system, and to allow military certifications to transfer over to the private sector.

A spokesman for Alaska Sen. Dan Sullivan said the senator would favor Palin as head of the VA. "Alaska has more veterans per capita than any other state, making this position critically important for our state. Sen. Sullivan has much respect for Gov. Palin, and believes that our state would be well served with an Alaskan serving in President-elect Trump's Cabinet," said spokesman Mike Anderson.

Sullivan is a Marine and serves on the Senate Committee on Veterans Affairs.

Palin's name has been floating in Washington, D.C., circles as a potential Cabinet member since President-elect Donald Trump won the election early this month. She has not been part of the parade of potential Cabinet secretaries visiting Trump Tower in New York in recent weeks. But Palin was there on election night, and she has a long history with the president-elect's top strategist, Steve Bannon, who made a documentary about her in 2011.

Palin was an early supporter of Trump's campaign, and has expressed interest in becoming secretary of the Interior Department or the Department of Energy.

But there have been no clear signs that she's a chief contender for those roles. For both, the list of potential secretaries is long.

Another Alaskan, Bob Gillam, is angling to head the Interior Department, which regulates the nation's public lands and oil and gas drilling. Gillam flew to Washington, D.C., over the weekend to hold meetings.

Gillam and his son, Rob Gillam, who is helping with the effort, stayed at the new Trump hotel, just blocks from the White House. On Monday they left for New York City for another round of meetings in Manhattan. There was no word on whether he's landed a meeting at Trump Tower yet, but there haven't been any mentions of Gillam in reports from journalists camped out in the building's lobby.