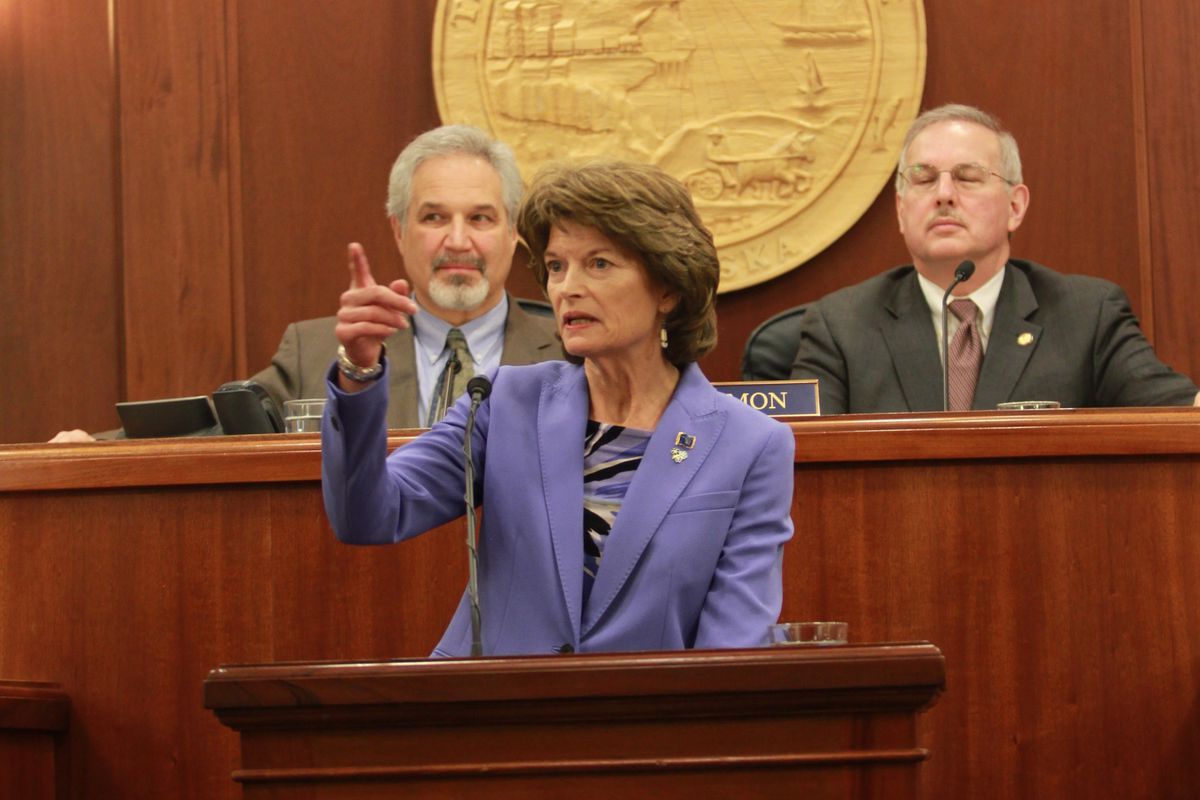 JUNEAU — U.S. Sen. Lisa Murkowski moved Wednesday to ease Alaskans' concerns about congressional Republicans' plans for the Affordable Care Act, telling an audience of lawmakers in Juneau that she "will not support a reckless repeal process" for the health law.

Murkowski, in her annual address to the Alaska Legislature, told lawmakers that she would not vote to repeal the expanded Medicaid health care program — a key component of the health law — as long as the Legislature wants to keep it.

The expanded Medicaid program began in Alaska under an executive order by Gov. Bill Walker in 2015, and it now covers some 29,000 low-income residents. The federal government paid the full costs through the end of 2016, and will scale back to 90 percent support by 2020. The Legislature has neither voted to support expanded Medicaid nor voted to kill it.

Total payments made under the expanded program are $350 million through the end of last month, according to state data.

[Alaska's congressional delegation is in the state this week; here's how to let your lawmakers know what you think]

Murkowski said she was concerned about the long-term cost of the expanded Medicaid program. But she said it had also strengthened Alaska's Native health care system and reduced the number of uninsured people visiting emergency rooms.

"So as long as this Legislature wants to keep the expansion, Alaska should have that option," Murkowski said. "So I will not vote to repeal it."

Murkowski, in a follow-up news conference, said she was trying to make clear her position that Congress' plans for the Medicaid expansion should be directed by state leaders, including governors.

"We should be looking to what our state wants to do with the Medicaid expansion," she told reporters. "And that's why we're looking to the governors for advice."

Murkowski, at her speech Wednesday, also reiterated her position that some pieces of the Affordable Care Act should be preserved if congressional Republicans repeal the law.

She said people under 26 years old should be allowed to remain on their parents' health plans; mental health coverage should still be provided at the same level as coverage for physical illness; and insurers should remain barred from declining to cover people with pre-existing conditions.

She also said federal money should not be used to pay for abortions, though she made clear that she wouldn't support GOP efforts to strip federal money from Planned Parenthood.