Gov. Walker and state Rep. Grenn will appear at D.C. event for independents next week 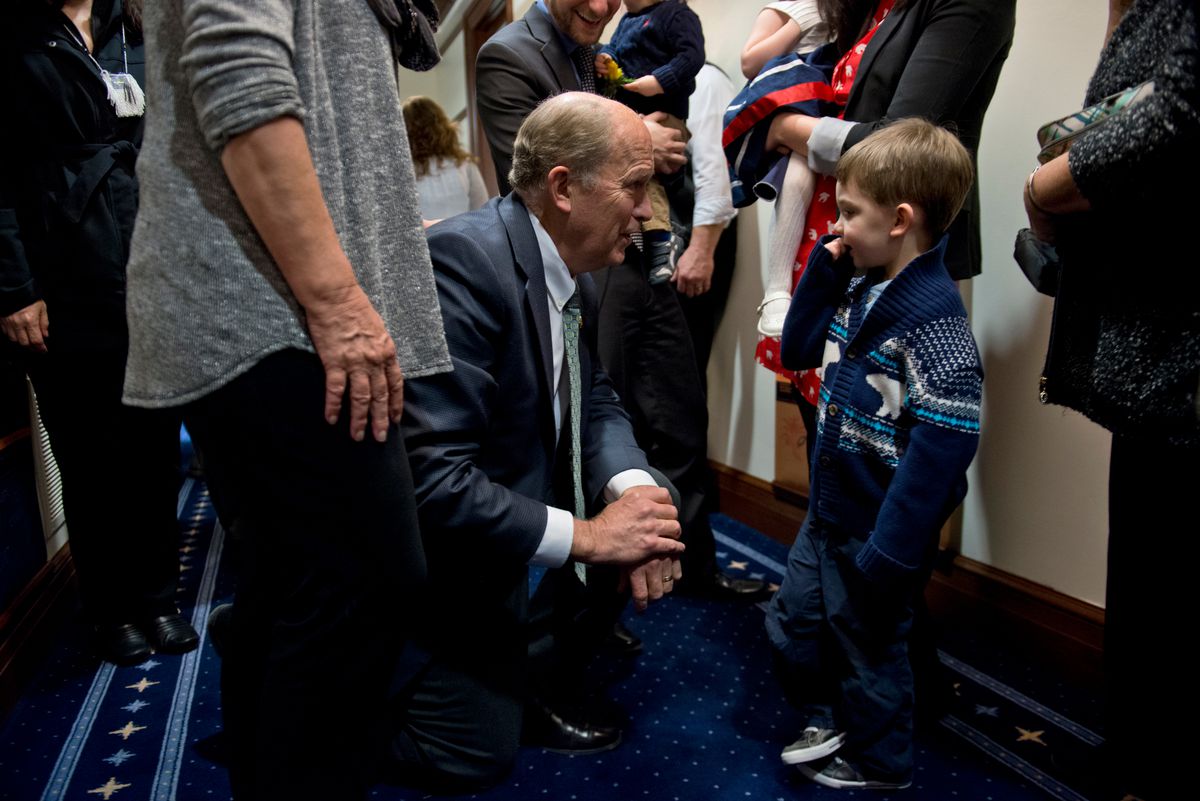 Alaska Gov. Bill Walker and Anchorage state Rep. Jason Grenn are scheduled to appear at an event in Washington, D.C., next week hosted by a political group that promotes independent candidates.

Walker and Grenn are holding a news conference with state legislators from Iowa and Maine at what the Centrist Project is calling an "Independents Day" event on Wednesday, the group announced earlier this week.

Walker is a lifelong Republican who dropped his registration in 2014 to merge his campaign with Byron Mallott, a Democrat who was also running for governor but agreed to join Walker's ticket as the candidate for lieutenant governor.

Grenn, also an independent and a onetime Republican, defeated a Republican incumbent, Liz Vazquez, in last year's election. He's one of two independents, along with Ketchikan Rep. Dan Ortiz, who caucus with the largely Democratic House majority.

The Centrist Project aims to recruit more independent candidates for state legislative seats, and its event next week will highlight those who have already been elected, said Nick Troiano, the group's executive director. Its major backers, he said, include "entrepreneurs who see an opportunity here to disrupt politics."

"We want to educate the public that there are independent leaders in office that are making a difference, and use that as example that others might follow," Troiano said in a phone interview from Denver, where the group is based.

Troiano flew to Juneau in May, where he met with Grenn; he wouldn't say if he also met with Walker.

Both Walker and Grenn are up for re-election in 2018, and the Centrist Project plans to offer political support to candidates it endorses.

But Troiano said it's too early to say whether it will work with Walker or Grenn.

Walker hasn't even announced whether he'll seek re-election — and, if he does, whether he'll run as an independent or in a partisan primary. Grenn also said he hasn't decided if he'll seek another term.

"We're certainly evaluating the role the Centrist Project can play in not only supporting currently elected leaders, but also trying to recruit and support additional candidates for office," Troiano said. "Alaska is certainly one of the states we're giving a good look at."

Walker will attend the Washington, D.C., event on his way to the National Governors Association's summer meeting in Providence, Rhode Island, said Lindsay Hobson, Walker's 2014 campaign spokeswoman and one of his two daughters. Walker and his wife, Donna Walker, will pay costs of the diversion with their own money, Hobson said.

Grenn said the Centrist Project is paying his lodging and travel costs. He said in a phone interview that he hopes his appearance in Washington can inspire more candidates and also serve as an opportunity for him to learn from others.

Grenn said he'll abort his trip if it turns out he's needed in Juneau, since the Legislature's special session, which Walker called last month, is scheduled to end next week.

Lawmakers, however, have not appeared to be close to reaching a deal on oil taxes, which the governor is asking them to adjust.