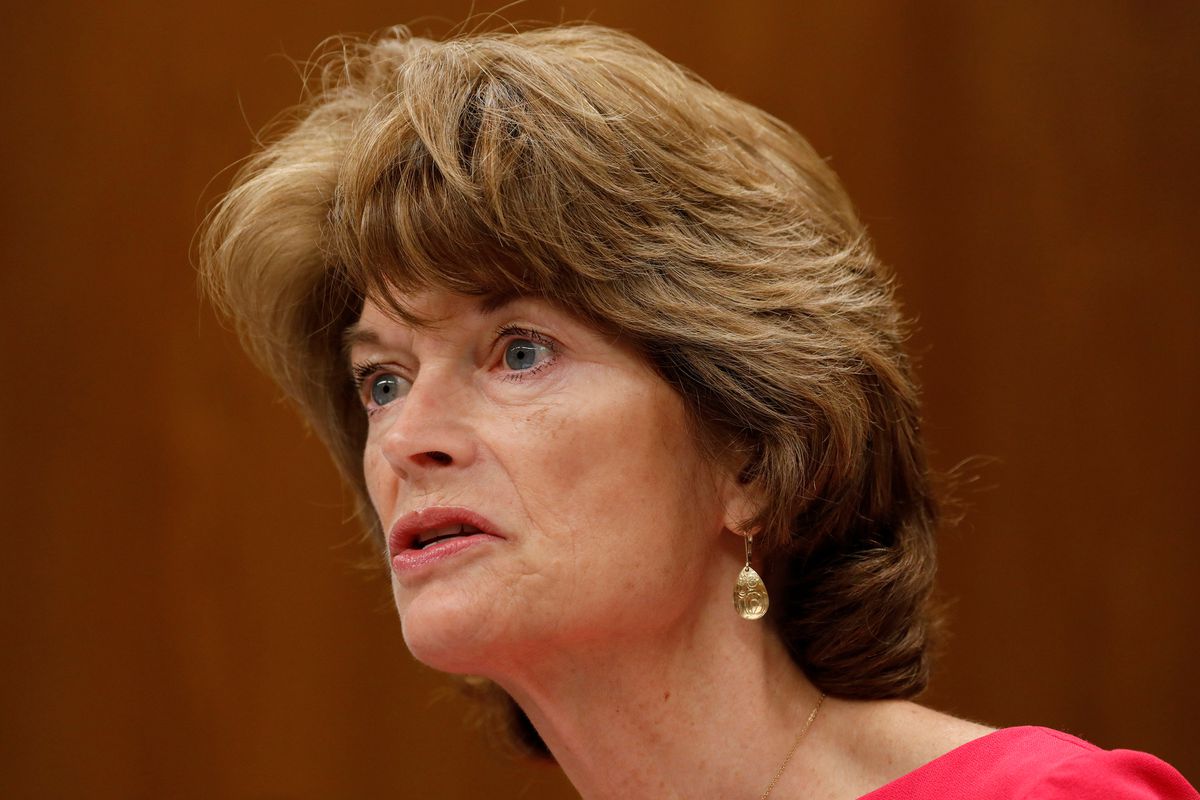 In an interview after a tumultuous Republican Party meeting, Murkowski questioned the route taken by Senate leadership, urged a bipartisan approach and frowned on the Senate's often short workweeks.

Reporters asked how a lunchtime Republican caucus meeting went as Murkowski waited for an elevator to arrive Tuesday afternoon. "Icky," she responded, a word that she quickly noted was not "very senatorial." But she fell short in her immediate search for another descriptor.

"Any progress made on issues that are important to you for the health care bill?" another reporter called out as the doors opened behind her. She paused. "No."

Murkowski is one of a seemingly not-shrinking number of Republican senators who remain unhappy with her party's offering for the long-promised repeal and replacement of the Affordable Care Act.

On Tuesday, she expressed increasing frustration with being left out of the process, which has been mostly overtaken by staffers of Senate Majority Leader Mitch McConnell. Murkowski sits on the Health, Education, Labor and Pensions Committee, which has been uncharacteristically shut out.

Murkowski said the Republican senators were told at the meeting that changes to the draft bill would be shared Thursday. "Who's laying them down? There were apparently a fair number of staff that were working over the (Fourth of July week) break, but this has been part of the process that I think most of us have — or many of us have found very troubling," Murkowski said.

Crafting a major overhaul of the Medicaid program "without process … without working with the other side … is just, I just think fundamentally wrong," Murkowski said.

"The (majority) leader was very — at 30,000 feet in terms of what we might expect on Thursday, so I can't tell you if I think there's anything in there that would be helpful to us or not," Murkowski said.

On Monday, McConnell told senators they would see a "score" from the Congressional Budget Office — a nonpartisan body that determines the rough costs and benefits of legislation.

Sen. John Barrasso, R-Wyo., who is a member of Senate leadership, told reporters Tuesday that the revised bill would not change provisions regarding Medicaid.

Long-term cuts to Medicaid have caused some of the greatest concerns for Murkowski. One-quarter of Alaskans receive health insurance through Medicaid.

Murkowski said Tuesday that she thinks Congress "should deal with the Medicaid reform separately, with a keen focus on what we need to do to get this entitlement program on a track to sustainability."

For now, Congress should "focus on the immediacy of the individual market where we recognize we've got insurers that are dropping like flies. We have premiums that are continuing to skyrocket, people who are so emotional and overwrought because of what is happening with their health care situation in their families," Murkowski said. "Let's work to address that. That's the urgency. Let's do that now. There's no reason that we can't do that on a bipartisan basis."

During her week back in Alaska over the Fourth of July, when Congress took a weeklong break, Murkowski said she heard from very few Alaskans who were in favor of the Senate bill.

"I had some people say, 'You know, we think that you should stick with the president. But by the way, you know, I've got some real problems here with access and cost and, you know, I've got a family member who is disabled and Medicaid is really important to them,' " she said.

"But almost without exception, it was, 'Please Lisa. Protect Alaska's interests. Help us with ensuring that the most vulnerable are cared for, and that when it comes to the access issues that we face, the costs that we face, that you can help us address these,' " Murkowski said.

Murkowski said she had some interest in suggestions to offer lower-cost plans for healthy people, if there were ways to establish shared risk to keep costs down for everyone. But proposals gaining traction with McConnell's staff remain a mystery, she said.

McConnell has told reporters that he expects a vote sometime next week.