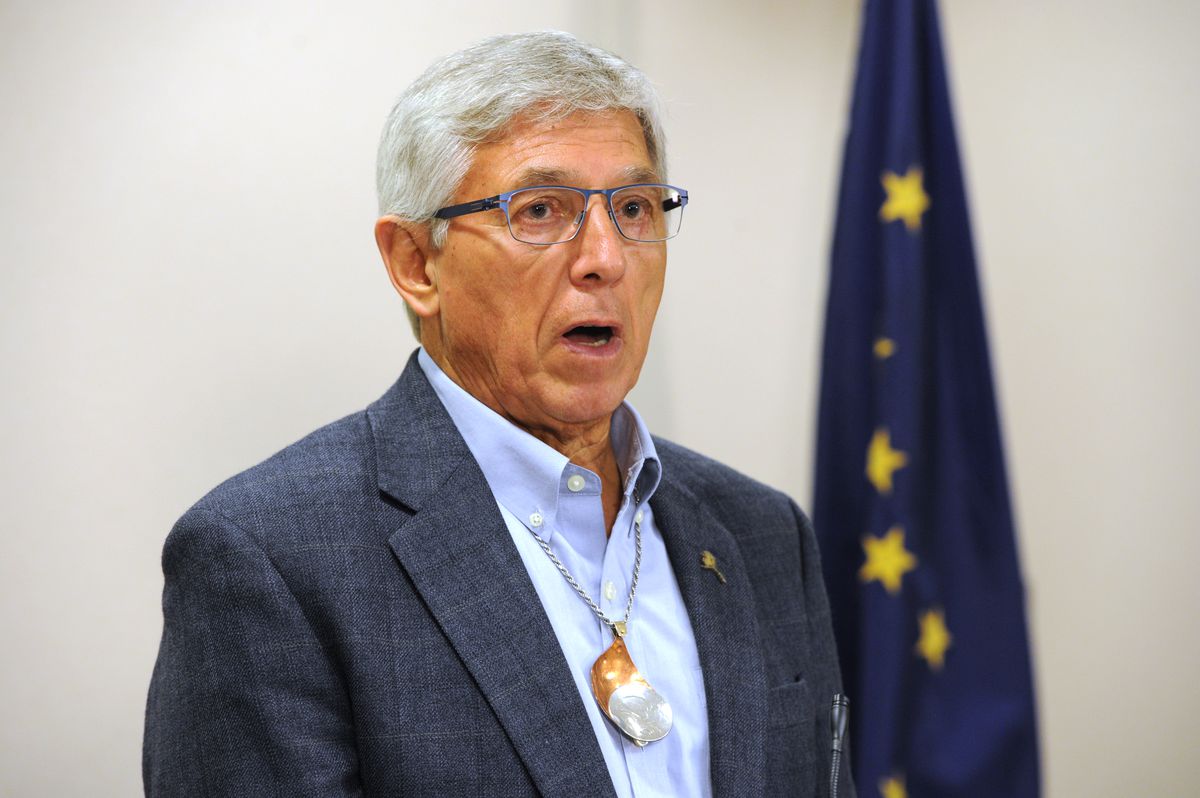 Alaska Lt. Gov. Byron Mallott rejected Tuesday a future ballot proposition that would add protections to salmon habitat, saying it would have placed unconstitutional limits on projects competing for the same environment such as mines and dams.

The proposal ran afoul of one of the few prohibitions on initiatives in the Alaska Constitution, which bars ballot propositions that appropriate state assets, including natural resources, state attorneys wrote in an eight-page opinion that Mallott used to justify his decision.

The ballot proposal, the attorneys wrote, included certain "restrictions and directives" that would require the state to deny permits for resource development or public projects in favor of fish habitat.

The initiative sponsors were Mike Wood, a Cook Inlet commercial salmon fisherman who'd previously fought efforts to dam the Susitna River, and two veterans of the fight against construction of the massive Pebble mine near Bristol Bay — Gayla Hoseth, a tribal chief from Dillingham, and Bryan Kraft, who owns a fishing lodge. The trio also had support from conservation groups.

The sponsors withdrew an earlier proposal and submitted a scaled-back version after being warned by Mallott's office that the original was likely to clash with the same constitutional limitations — but the new version was still deemed unconstitutional and denied.

By law, the sponsors could resubmit an even more limited initiative proposal or appeal Mallott's rejection to Superior Court. Or they could push for passage of a similar proposal in the Alaska Legislature, House Bill 199, that's stuck in committee. The Legislature doesn't face the same restrictions on appropriation of state assets that a ballot measure does.

Wood, in a phone interview Thursday, called Mallott's decision a "real bummer" and "completely political," adding that he wants to appeal to the courts.

Wood argued that the decision was wrong because the initiative wouldn't have categorically banned certain kinds of projects — even Pebble mine or the Susitna dam — as long as potential negative effects on fish were avoided or mitigated.

"It does not make it impossible — that's what really is being lost here," he said.

He said he would have preferred for Mallott and Gov. Bill Walker to side with conservation groups by allowing the proposal to go before voters, then waiting for the mining industry to bring its own lawsuit challenging the initiative's approval.