Alaskans turn to government for food and health care amid recession, prompting worry about cost 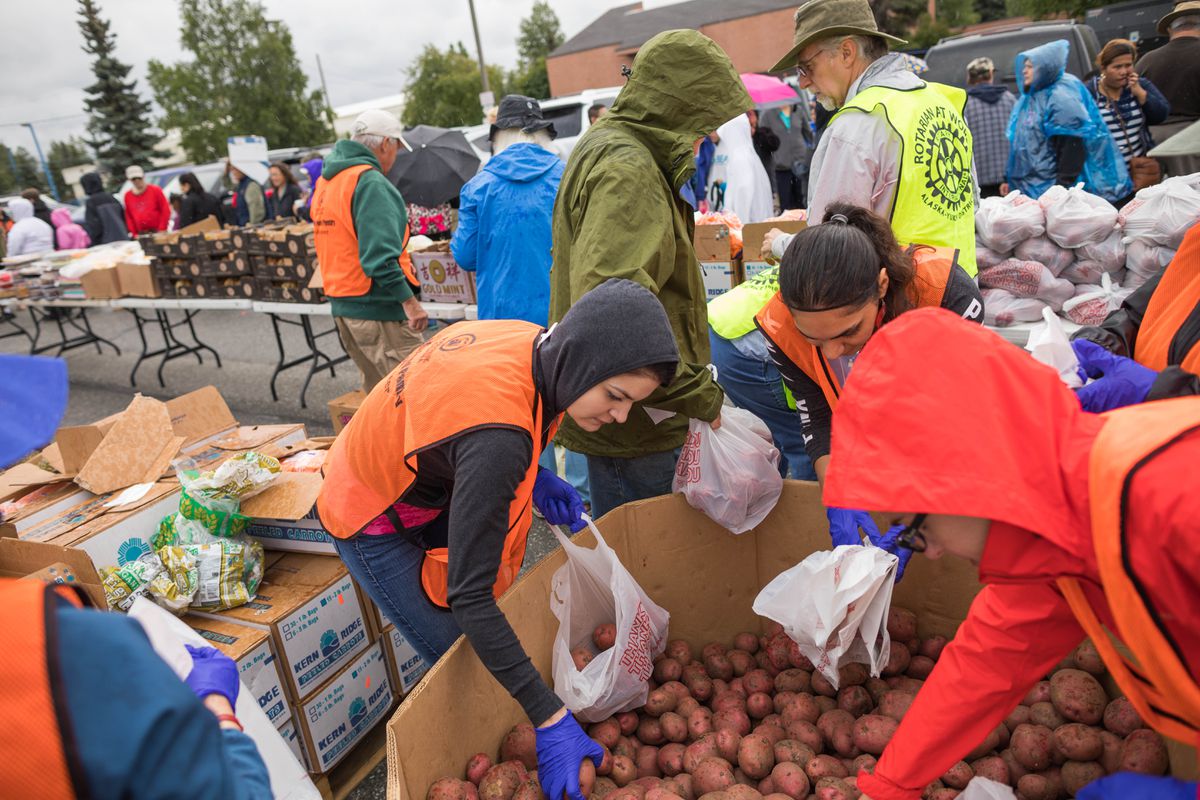 JUNEAU — Tens of thousands of people have turned to the government for health care and food amid Alaska's recession, prompting questions from state lawmakers about the sustainability of those safety-net programs.

Gov. Bill Walker's administration projects 240,000 people to be enrolled in the Medicaid health-care program next year, up from 163,000 in 2015. And 101,000 Alaskans were receiving food stamps in September, up from 72,000 a year earlier, according to preliminary federal data.

The federal government covers most of the cost of Alaska's food stamp program.

But Medicaid — supported by both the state and federal governments — is one of the biggest line-items in Alaska's budget, at about $700 million. And some conservative lawmakers say they're worried about the growth in enrollment.

In total, the program covers nearly one-third of the state's population.

"It's going to eat us alive if we don't manage it," said Soldotna Republican Sen. Peter Micciche, who oversees the state health department's budget for the Senate.

Walker's administration has acknowledged the spike in numbers and says it's working to keep costs in check. But it also points to a remarkable fact: The state's annual costs for Medicaid have barely budged even as it covers nearly 50 percent more people.

State Medicaid spending in 2015 was $693 million; next year it's projected to be $691 million, according to the Walker administration.

The state's total health care spending, however, has grown sharply. Some 43,000 people are covered through expansion of the Medicaid program set out in the 2010 Affordable Care Act, or Obamacare; that expansion was initially paid for entirely by the federal government, with support falling to 90 percent by 2020.

Total spending on Medicaid in Alaska, including federal cash, has grown to $2.2 billion this year from $1.6 billion three years ago. Pitney, at the committee hearing, pointed out that the health care industry is one of the only bright spots in Alaska's economy, which has otherwise lost thousands of jobs amid the recession.

But others point out that growing health care costs have placed Medicaid under pressure not just in Alaska but at the federal level. Conservative lawmakers have been pushing for the repeal of the Affordable Care Act, and President Donald Trump's administration this month set out guidelines that would allow states to force some people to work before they can qualify for Medicaid.

"The conversation about costs is happening at a national level, too — so we have to look at the total cost of care," said Becky Hultberg, president of the Alaska State Hospital and Nursing Home Association, an industry group. "We need to continue to be sensitive to the cost of the program and the state and the federal level."

Hultberg added, however, that "we have to recognize our obligation, as a society, to take care of people."

State lawmakers and Walker's administration worked together on Medicaid reform legislation in 2016; Senate Bill 74 aimed to curtail the growth in state spending on the program. The state has been shifting costs from its own budget to the federal government, and it's also been trying to reduce payments to providers, according to Pitney.

But the state's Medicaid budget still grabbed lawmakers' attention this month when Pitney said Walker's administration would ask for an extra $100 million in their "supplemental budget" to cover costs overruns in last year's spending plan.

Members of the Senate Finance Committee reacted sharply, with Micciche, the Soldotna Republican, saying health-care costs need to be capped. At a subsequent meeting with reporters, Micciche suggested that lawmakers could refuse to cover the cost overruns.

"I'm not sure we should be paying supplementals. I think you have to push back, because if you push back, then everyone along that chain will help manage," he said.

Walker's administration warned last year, however, that there would likely be cost overruns because lawmakers weren't setting aside enough money for Medicaid to begin with. The Legislature's chief budget analyst, David Teal, made that point in a hearing Tuesday.

He said the Walker administration doesn't have the power to control the program's costs itself when there are specific eligibility requirements and defined payment rates for doctors and hospitals.

"You knew it was underfunded," he told the House Finance Committee.

"The department would have told you that they were underfunded the day the Legislature walked out the door," he added. "It's a question of believing their projections and funding Medicaid at the level of the projections."

The Walker administration projects pressure on Medicaid to fall as the state's recession relents, but there's also a backlog of 15,000 applications still awaiting processing, some of which are two years old, said Monica Windom, director of the health department's Division of Public Assistance. Some 60 percent of applications are typically approved, she added.

As for food stamps, formally known as the Supplemental Nutrition Assistance Program or SNAP, the federal government covers the full cost of Alaskans' benefits, which was $190 million last year. The state pitches in $10 million to administer the program.

While lawmakers haven't cut the budget for front-line workers amid the state's budget crisis, there's been no added spending even as their workload has jumped, Windom said.

"Our entire caseload has increased by 24 percent since 2015. Our staff has not — our staff has pretty much stayed at the level it was," she said.

Anti-hunger advocates want to see adequate budgets for Windom's division; they also oppose making it more difficult for people to qualify for assistance programs given how many Alaskans are struggling, said Sarra Khlifi, program manager at the Alaska Food Coalition.

Khlifi said her members — social service organizations focused on fighting hunger and its causes — have been noticing more consistent demand, instead of in the past when clients arrived at the end of the month after using up their food stamps.

"If more barriers are put up to the program and funding is cut significantly, we cannot make up the gap," she said.