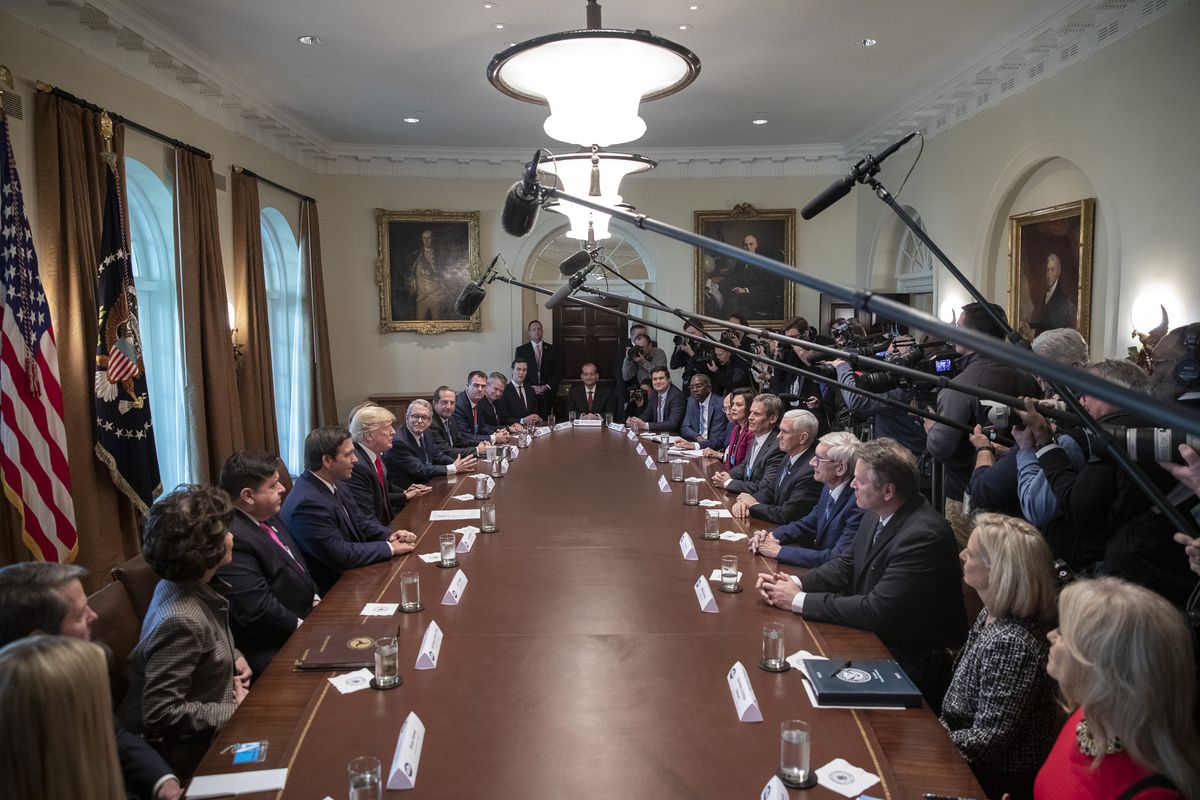 WASHINGTON — Gov. Mike Dunleavy called President Donald Trump a “strong partner” to Alaska after the pair met Thursday at the White House and Dunleavy discussed the possibility of opening portions of the Arctic National Wildlife Refuge with the Trump administration.

“The President understands that Alaska is America’s natural resource warehouse,” Dunleavy said, according to a statement distributed by the office of the governor. Dunleavy was one of several newly elected governors from both parties who attended the sit-down, according to the governor’s office.

“Our state’s vast reserves of energy and minerals can power the nation’s economy, creating new jobs, prosperity for Alaskan families and, new revenue at the state and federal level,” Dunleavy said in a statement.

“Next month will mark the 60th anniversary of statehood and Alaska is still waiting to receive all the land it is entitled to under the Statehood Act. It is time to complete the transfer of land, so Alaskans can have access to the land and decide the best uses for it, not the federal government,” Dunleavy said.

Asked if Zinke made any commitments regarding a future land transfer, Dunleavy spokesman Jeff Turner said he did not know how the Interior Secretary responded as of Thursday afternoon.

Today, it was my honor to welcome our Nation’s newly elected Governors to the @WhiteHouse! pic.twitter.com/LCpFIoRglp

The White House says since the midterms, it has reached out to a long list of newly elected state and local officials of both parties “to open lines of communication and begin a dialogue.”