'My job is not for sale’: Opponents of API privatization rally against no-bid contract 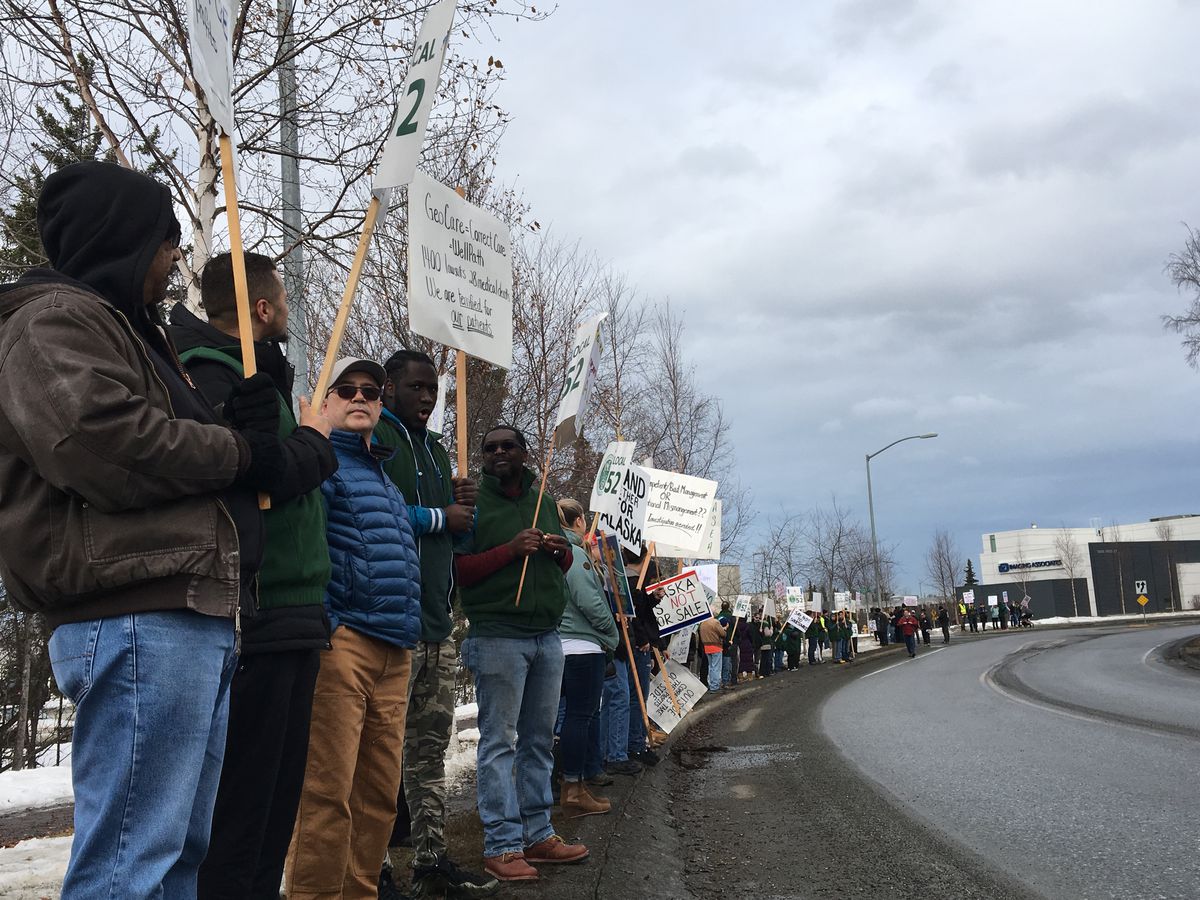 Opposition to a controversial move to privatize the Alaska Psychiatric Institute sparked a protest in Anchorage on Saturday.

Roughly 100 people — both API employees and members of the community unaffiliated with the facility — lined a street near Alaska’s only state-run psychiatric hospital to argue that greater investment from the state, not privatization, is the more effective way to address the hospital’s many problems.

At the center of the group’s anger is a no-bid contract handing management of the hospital to Wellpath Recovery Solutions, a private equity firm-owned company based in Nashville, Tennessee, that has roots in the prison health care business. The state announced the change of hands in February.

Opponents of the contract, which was awarded under a state rule that allows contracting without competitive bidding on an emergency basis, question its legality.

Jake Metcalfe, the executive director of the union that represents most of the hospital’s 270 employees, said the contract violates an agreement the state had with the union to follow an ordered procedure if they ever decided to privatize the facility.

“We think that’s illegal and we’ll take whatever action necessary to stop that,” Metcalfe said.

Behind him, protesters shouted, “My job is not for sale.”

The troubled hospital has a well-documented history of problems, from sexual assault to excessive use of restraints and isolation to violence toward staff members — though Metcalfe said the problem is best mitigated by allocating money to hire more staff.

Staffing shortages have left the hospital unable to fill nearly half of its 80 beds, despite high demand for mental health services.

“It’s one of the values and mandates that we have as a government, is to take care of the people that need to be taken care of,” he said.

Several protesters held signs calling for the approval of House Bill 86, which would make it illegal to privatize the hospital. The Democrat-sponsored bill was referred to the Health and Social Services Committee earlier this month.

In an emailed statement, a spokesman for the Alaska Department of Health and Social Services said the agency “welcomes input from all employees and respects their right to peaceably assemble.”

“Many of the issues that the employees at the Alaska Psychiatric Institute (API) are speaking out about today are the same issues that DHSS has prioritized,” Clinton Bennett wrote. “Staff and patient safety are at the center of the changes we are making to correct the longstanding problems at API and to address Alaska’s behavioral health crisis.”