Tuckerman Babcock out as Dunleavy chief of staff; former Sen. Ben Stevens to replace him 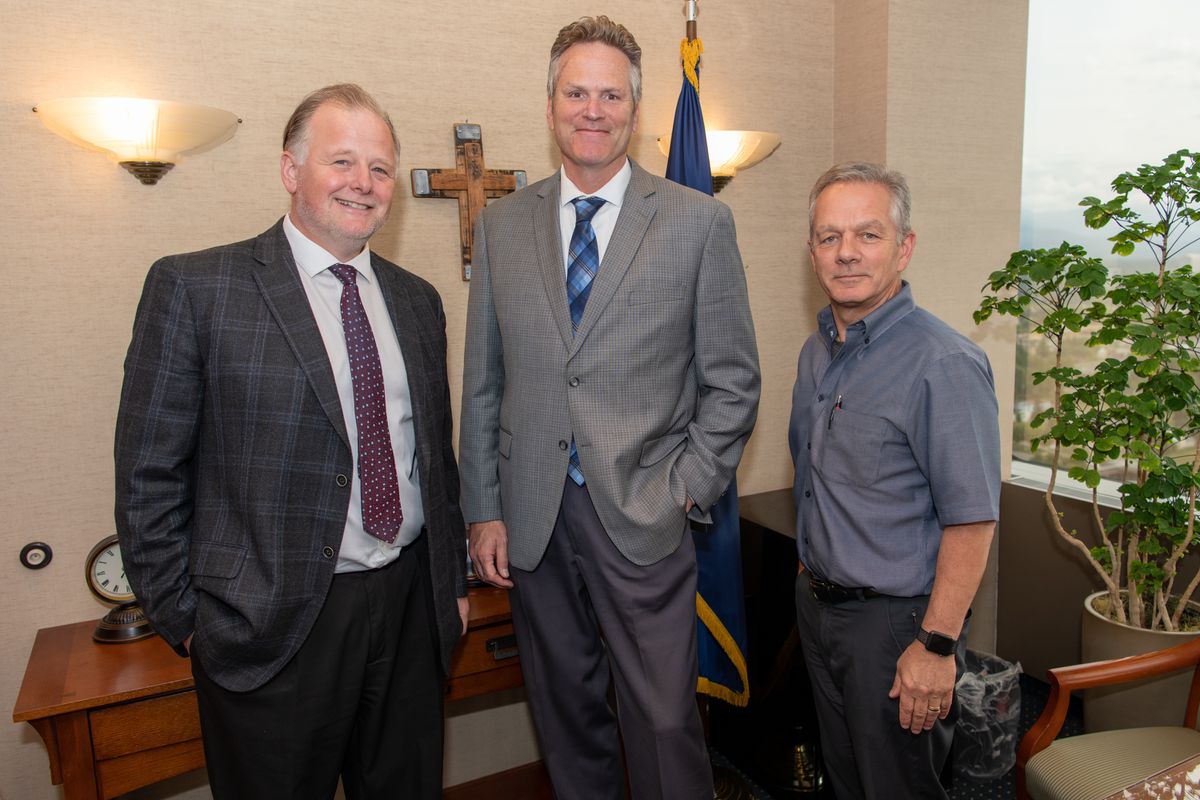 “It’s been a privilege to have Tuckerman Babcock serve as my chief of staff, and I’m grateful for his continued service and commitment to the state of Alaska,” Dunleavy said in the prepared statement. “I’m confident that both Ben and Tuckerman’s leadership will continue to help us carry out this administration’s goals and agenda.”

In the same statement, Babcock is quoted as saying the move was his idea.

“This is a move I requested of the governor which allows me to concentrate on the areas I can best serve the governor’s agenda,” he said. "This will be a smooth internal transition. I have enjoyed working with Ben these past eight months and know he is more than qualified to serve as chief of staff to Governor Dunleavy.”

Asked why the decision was made, Dunleavy spokesman Matt Shuckerow wrote by email, “As you know, it’s not uncommon for a new administration to move staff in the first year. This move represents an alignment of strengths and staff to help better move the governor’s agenda forward.”

In a subsequent email, Shuckerow wrote, “Ben Stevens previously served a policy adviser, with a focus that included public safety and crime, legislative affairs, transportation, Alaska Marine Highway, and other items. In his new capacity, Tuckerman Babcock will focus on strategic affairs for the governor, including in areas pertaining to the Legislature, communications, policy, and more.”

The change comes as the governor’s office faces intense opposition to Dunleavy’s proposal for balancing the state budget via cuts to services. Statewide protests have followed legislative discord, and on Thursday, the governor’s opponents will launch a campaign intended to recall him from office.

Babcock is the former head of the Alaska Republican Party and has a long history of roles within the party establishment.

Stevens, son of former U.S. Sen. Ted Stevens, was appointed by Democratic Gov. Tony Knowles to the Alaska Senate in 2001. He went on to serve as Senate Majority Leader and Senate President but left office as a result of the Veco scandal.

Stevens was never accused of a crime, but he collected more than $240,000 in consulting fees from Veco for unspecified work during his six years in the Senate, and during a 2007 trial, a Veco vice president testified that he had bribed Stevens and another senator, John Cowdery.

After leaving the Senate, Stevens held a variety of roles in private industry, including president of Cook Inlet Tug and Barge.

In 2017, Stevens considered a run for governor. After Dunleavy’s election, the new governor named Stevens an adviser for transportation, legislation and fishing. Stevens has gradually assumed a more prominent role in the administration. In the days before the Alaska Senate and Alaska House voted on a pair of bills fixing problems with the state budget, Stevens repeatedly met with legislators on behalf of the governor’s office.