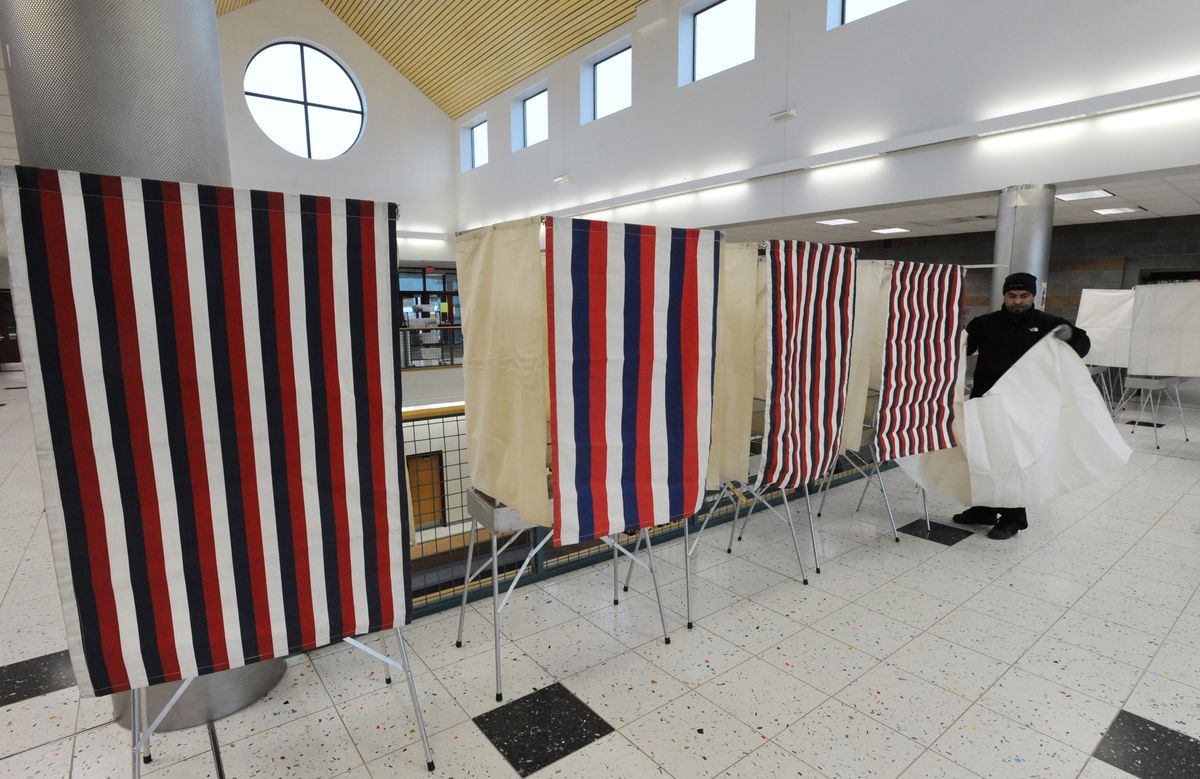 Alaska Lt. Gov. Kevin Meyer, following advice from the state’s Department of Law, ruled Friday that a proposed 2020 ballot measure seeking to change the way Alaskans vote should not advance.

With the ruling, supporters must now either rewrite their measure or challenge Meyer’s decision in court if they want to proceed. If the lieutenant governor had approved the measure, they would have been allowed to begin gathering signatures to put the proposed law before voters in 2020.

Former state Rep. Jason Grenn of Anchorage, chairman of the group backing the measure, said Friday that organizers will meet over the weekend to decide their next step, but “definitely right now, we plan to appeal and go through the process."

“There’s every reason to believe that we will do that,” said attorney Scott Kendall, who helped draft the measure as an adviser to the measure’s backers.

Under the new system, Alaskans would be able to state their preference for multiple candidates — ranking them in order, 1-2-3-4 — instead of choosing only one preferred candidate.

In 25 pages, the measure seeks to drastically alter the state’s primary and general elections.

Meyer followed the advice of a legal opinion signed by Attorney General Kevin Clarkson, who wrote that as written, the proposed initiative covers more than one subject.

State law says, “the bill shall be confined to one subject.”

Clarkson’s 18-page opinion concludes that the measure as written “would force voters into an all or nothing approach on multiple important policy choices, all of which implicate their fundamental constitutional rights in different ways. Because we conclude that the initiative bill violates the single-subject rule, we recommend that you decline to certify the initiative application."

Kendall noted that it is unusual, if not entirely unprecedented, for an attorney general to author a ballot measure decision.

“I’ve worked in ballot measures for 12-13 years, and this literally has never happened," he said.

Kendall, who was former Gov. Bill Walker’s second chief of staff, noted that the state’s prior practice was to insulate the Department of Law’s legal work on elections from the rest of the administration.

“There’s always been an effort to keep the lieutenant governor and elections separate,” he said.

In response to a question about the topic, Assistant Attorney General Cori Mills wrote by email, “this opinion went through the normal course for review and the Attorney General ended up signing it considering the significant constitutional issues this particular initiative raised. There is really nothing more to it.”

Under state law, the petition’s backers have 30 days to appeal Meyer’s decision to superior court. For backers, time is of the essence: In order to appear before voters in 2020, the measure must receive 28,501 signatures from Alaska House districts across the state before the Alaska Legislature convenes in January.

Kendall said he believes a judge could issue an injunction allowing signature-gathering to take place while legal proceedings continue.

The ballot measure’s chairman is Grenn of Anchorage, but the measure is principally backed by the Outside group Represent.Us. According to a July 10 filing with the Alaska Public Offices Commission, Represent.Us had spent $10,000 in staff time by that point in the process.

Grenn said backers have been talking with “quite a few people” inside and out of the state, but “You’ll see Represent.us definitely take the lead on this.”