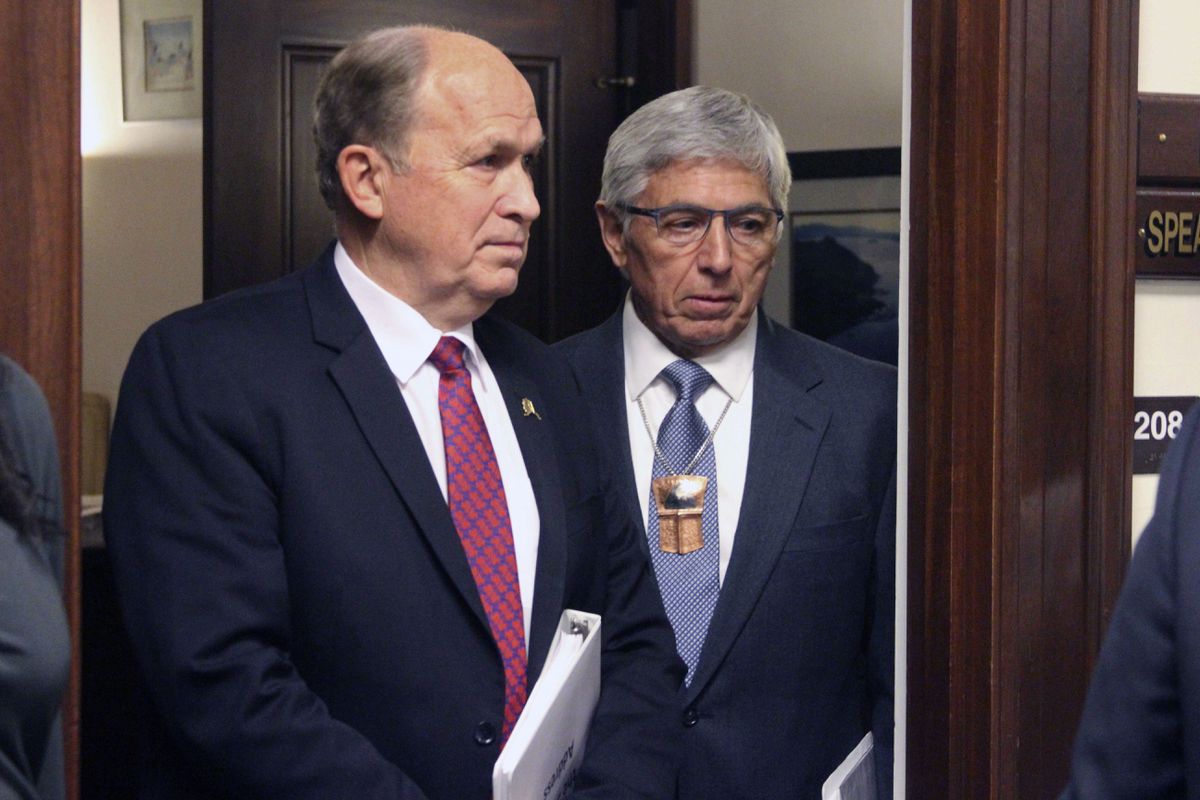 An email from Alaska’s former first lady sheds new light on the actions that drove Lt. Gov. Byron Mallott from office, suggesting he may have invited a woman into his room, newly released emails show.

The revelation came in an email sent from former first lady Donna Walker to her husband, Gov. Bill Walker, just as he was about to announce Byron Mallott's resignation Oct. 16. At the time, the governor said Mallott had made inappropriate comments.

"Does he explain the incident?" Donna Walker emailed her husband at his official state email account.

"I think that you describing it as 'inappropriate comments' is a huge understatement and you will be criticized for that," Donna Walker wrote. "It was the conduct as well of inviting her to his room, and it sounds like there was some discrepancy as to how he greeted/touched her. I think you need to say inappropriate conduct."

The emails were released Friday to The Associated Press under an open records request.

"I don't have anything to add. I really don't," Bill Walker said when reached by cellphone Friday. "It was a very unfortunate situation all around."

Walker and other officials have been tight-lipped about the incident that led Mallott to resign and, in part, helped doom Walker's re-election bid.

In his resignation letter to Walker, Mallott wrote: "It is a resignation compelled by inappropriate comments I made that placed a person whom I respect and revere in a position of vulnerability."

Walker has refused to go into any further detail beyond saying: "Byron recently made inappropriate comments that do not reflect the sterling level of behavior required in his role as Lieutenant Governor. ... Byron has taken full responsibility for his actions and has resigned."

The emails don't shed much light on Mallott's actions. But in the hours leading up to Mallott's resignation, they show government officials doing normal things: making plans for that week's Alaska Federation of Natives convention in Anchorage, refining speeches and making sure event organizers only use blue tablecloths to match state colors.

The emails show the first potential sign of trouble came the day before Mallott resigned, when Walker's deputy chief of staff, Grace Jang, asked that mailboxes of staff members who have access to Walker's calendar be searched. When asked when she needed the results, Jang responded: "As quickly as humanly possible."

There was no further indication of what they were searching for or what the results were.

Mallott responded at 10:25 p.m., "See you then. Trust you received my text that I have contacted my children and am now with Ben and Toni," referencing his son and wife. Walker said he hadn't received any texts.

Other emails contain various draft forms of Walker's statement on the resignation, his selection of then-Health Commissioner Valerie Davidson as the next lieutenant governor and Mallott's resignation letter.

Claire Richardson, Mallott's chief of staff, sent Mallott and his son, Ben, a copy of statements from Walker and Davidson that would be released to the public. Ben Mallott then forwarded that to Anthony Mallott, who is chief executive officer of Sealaska Corp., the Alaska Native corporation for the Juneau area.

"I don't have his resignation statement to go along with this, but believe these statements stretch his action into a realm that is miles wide in this environment," he wrote. "Given that we are discussing verbal comments I would suggest the changes within this draft. Take them as is, it is not my release and I'm not offering excuses, but gradients matter."

Mallott has not spoken publicly since leaving office. Mallott didn't immediate return a message left on his cellphone Friday evening.

Walker, an independent, was competing in a three-way race for re-election against former U.S. Sen. Mark Begich, a Democrat, and Mike Dunleavy, a Republican who eventually won the race.

Before Mallott's resignation was made public, Jang, the deputy chief of staff, asked a member of the communications teams for revisions on a social media post announcing his departure and Valerie Davidson's selection as lieutenant governor.

“Can we please add a couple of details so people don’t think this is the result of a campaign-related deal with Begich?” she wrote.