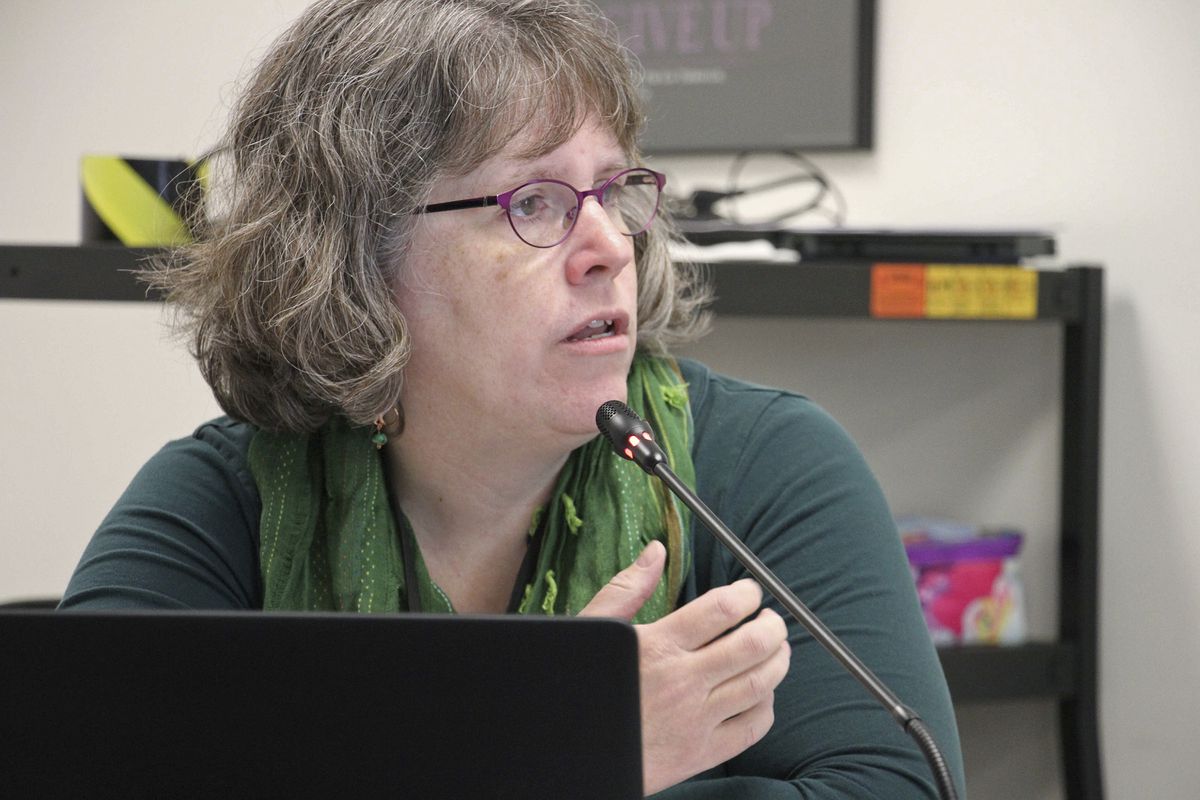 The Alaska Alcoholic Beverage Control Board has voted 5-0 to remove the state’s top alcohol and marijuana regulator.

In a special meeting Thursday morning, members cited “differences in temperament” between the board and Erika McConnell, head of the Alaska Alcohol and Marijuana Control Office.

According to Thursday’s action, McConnell would be fired from her position only if the state’s Marijuana Control Board concurs with her removal before Nov. 30.

Mark Springer, chairman of the marijuana board, said by phone that a meeting of the board has already been scheduled for Nov. 13-15. Asked whether the board would concur with McConnell’s removal, Springer declined comment but referred to the minutes of a July meeting in which the marijuana board voted unanimously in favor of a motion declaring that the board has full confidence in McConnell.

By phone, McConnell said she believes members of the alcohol board were pressured by the administration of Gov. Mike Dunleavy to vote for her removal. Under state law, the alcohol board is a quasi-judicial agency under the Department of Commerce “for administrative purposes only.” While the governor can appoint a director, he cannot ordinarily remove one.

“I want people to know that the regulation of alcohol and marijuana should not be political, and it should not be interfered with by the executive, and there are a lot of things that don’t really smell right in this process,” she said.

Asked why the administration would want her removal, she said, “Maybe the governor has identified someone else who wants my job, as crazy as that sounds."

Glenn Hoskinson, junior special assistant to the commissioner of the Department of Commerce, wrote by email that “Only the board, not the administration, is empowered to make staff-related changes. Furthermore, the administration has not attempted to pressure the board to remove Director McConnell.”

By text message, board member Sara Erickson said no one had contacted her.

Thursday’s vote meeting followed a fiery meeting in September in which board members questioned whether McConnell had adequate control of AMCO enforcement staff. McConnell responded with a lengthy written response that appeared to sufficiently answer the board’s questions.

Board chairman Bob Klein, CEO of Anchorage Distillery, said there was “not misconduct” by McConnell, and that the vote for her removal was about “more a lack of confidence that our wishes could be carried through.”

McConnell herself attempted to question board members as to whether officials from the Department of Commerce or another state agency sought her removal.

Tensions between the Alcohol and Marijuana Control Office and other state agencies have increased since November 2018, when in the waning days of the Walker administration, the Alaska Department of Public Safety reclassified control office investigators and withdrew their access to the databases used to conduct criminal background checks and coordinate evidence for criminal cases.

McConnell lobbied the department to reverse its decision, but it has not. Public Safety Commissioner Amanda Price felt sufficiently embattled by McConnell’s requests that she wrote to the alcohol and marijuana boards in June, saying that “productive communication and partnership between DPS and AMCO has been challenged as a result of Director McConnell’s tactics and behaviors.”

Price said DPS would no longer communicate with McConnell and instead would talk to the chairs of the boards.

By email, McConnell said she never disparaged Price and pointed to a written response sent shortly after.

“In general, department and agency heads must work together even if they don’t like each other or disagree on an issue. When one refuses to work with another, (whose) temperament does that reflect on?” she wrote.

By email last month, a spokeswoman for the Department of Public Safety said the commissioner has not lobbied board members for McConnell’s removal.

The Department of Commerce has also found itself opposed to AMCO on at least one subject. In August, under instructions from the alcohol board, AMCO staff expanded a list of activities forbidden at distilleries and breweries. Under Gov. Mike Dunleavy, the department has attempted to make Alaska “open for business,” and it took the unusual step of issuing a public comment opposing the draft proposal.