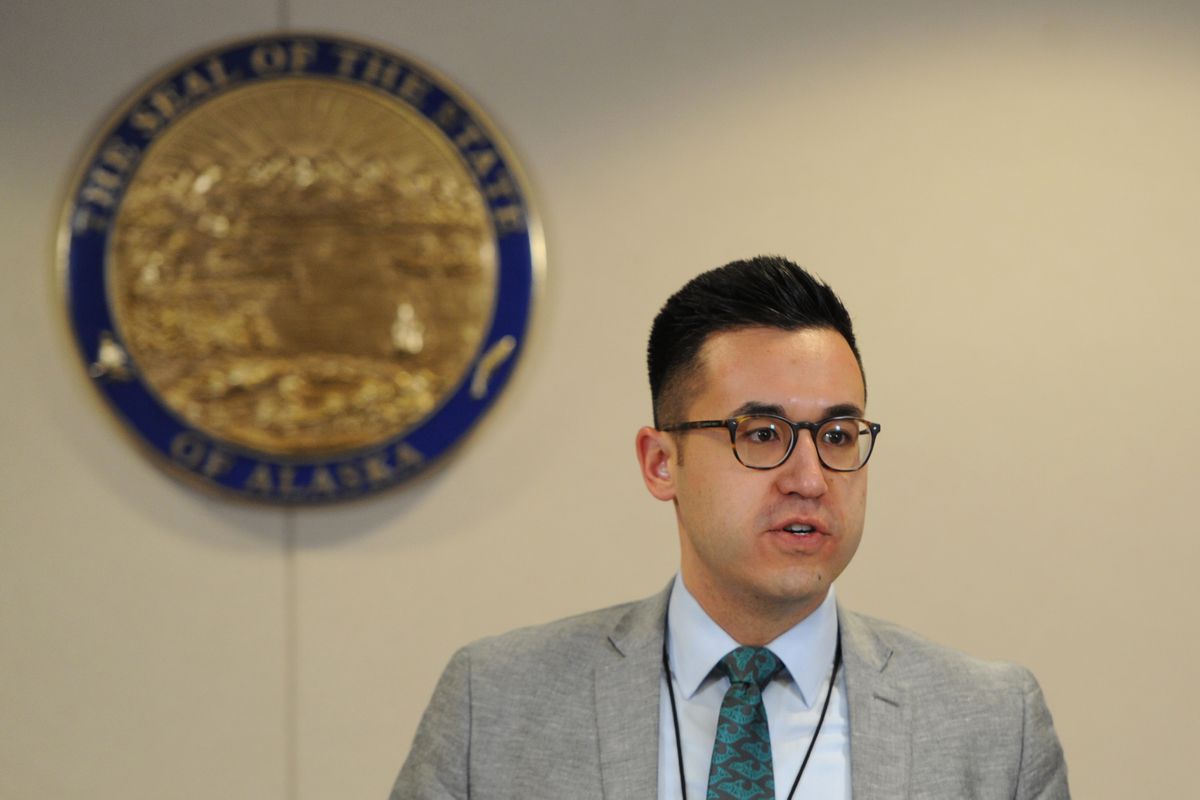 The governor announced on Twitter that Shuckerow will leave his position “later this month.”

I wish Press Secretary Matt Shuckerow all the best as he moves on to new endeavors later this month. He has proven to be an invaluable member of my team, respected for his strong work ethic and commitment to serving Alaskans. I thank him for his service to the State #akleg #akgov

Shuckerow was U.S. Sen. Dan Sullivan’s deputy press secretary before joining the governor’s administration at the start of the year.

Since then, he has become one of the most visible faces in the administration, becoming the point person for questions and press conferences.

Shuckerow had also served as communications director for Rep. Don Young and press secretary for Sen. Lisa Murkowski before joining Sullivan’s office. He was born on Kodiak Island and raised in Anchorage.