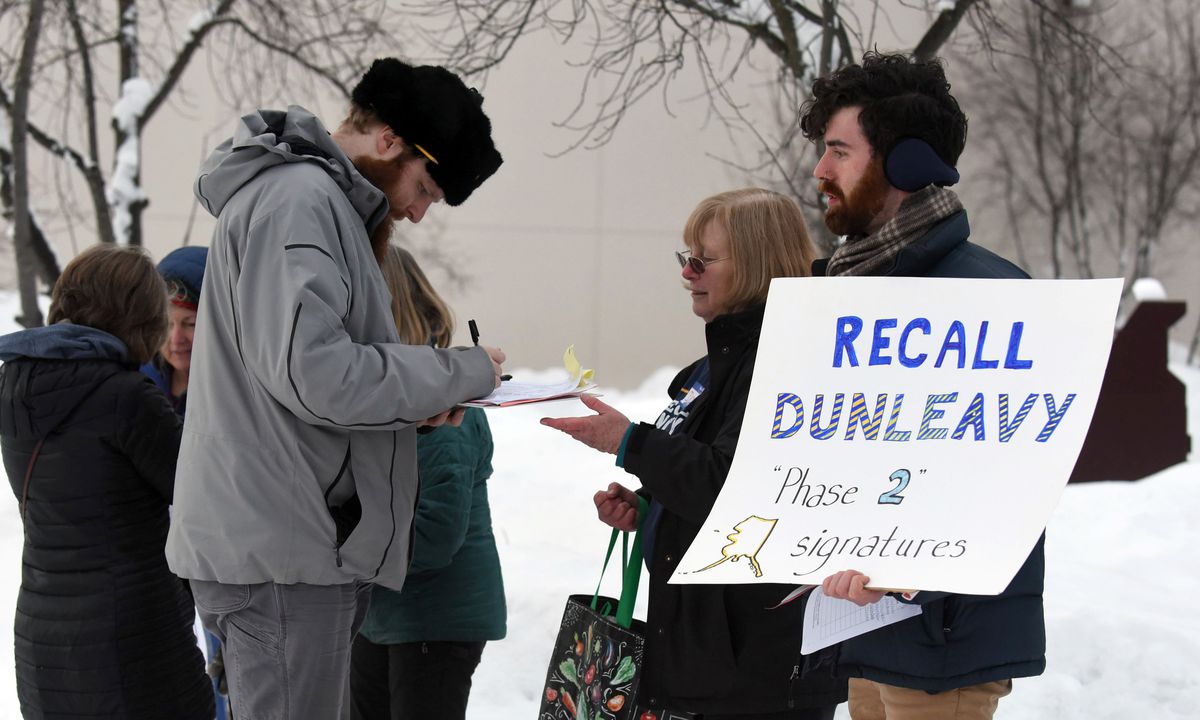 Slowed by the novel coronavirus, the campaign to remove Gov. Mike Dunleavy from office is now collecting signatures by mail.

“It was just so clear that we have to put the health of our volunteers and Alaska’s public first,” said campaign manager Claire Pywell on Thursday.

Under the new procedure, anyone who wants to support the recall will be asked to contact Recall Dunleavy. The group will then send a “mini-booklet” containing legally required information and a page allowing up to 15 people to sign their support.

“We know there’s a lot of folks who still want to participate,” Pywell said.

After gathering 21,678 signatures in two weeks, the recall now has 30,200, according to a count posted on the group’s website.

Gail Fenumiai, director of the Alaska Division of Elections, said the new approach is legal.

“We consulted with the Department of Law, and they didn’t find anything in statute that would prohibit that,” she said.

Keep Dunleavy, the group supporting the governor, suspended its campaign March 15 under instructions from the governor.

Recall Dunleavy needs the signatures of at least 71,252 registered Alaska voters in order to force a statewide vote. If the governor is removed, Lt. Gov. Kevin Meyer would become governor.

A first petition — needed to begin the recall process — gathered 46,405 legal signatures. People who signed that first petition are being asked to sign the second petition.

The legality of the recall campaign has been challenged, and the Alaska Supreme Court is scheduled to consider the issue next week.

In an order issued Thursday morning, the Supreme Court said oral arguments will take place on schedule, but attorneys will participate by telephone, and the general public will be allowed to watch events only by television and online.