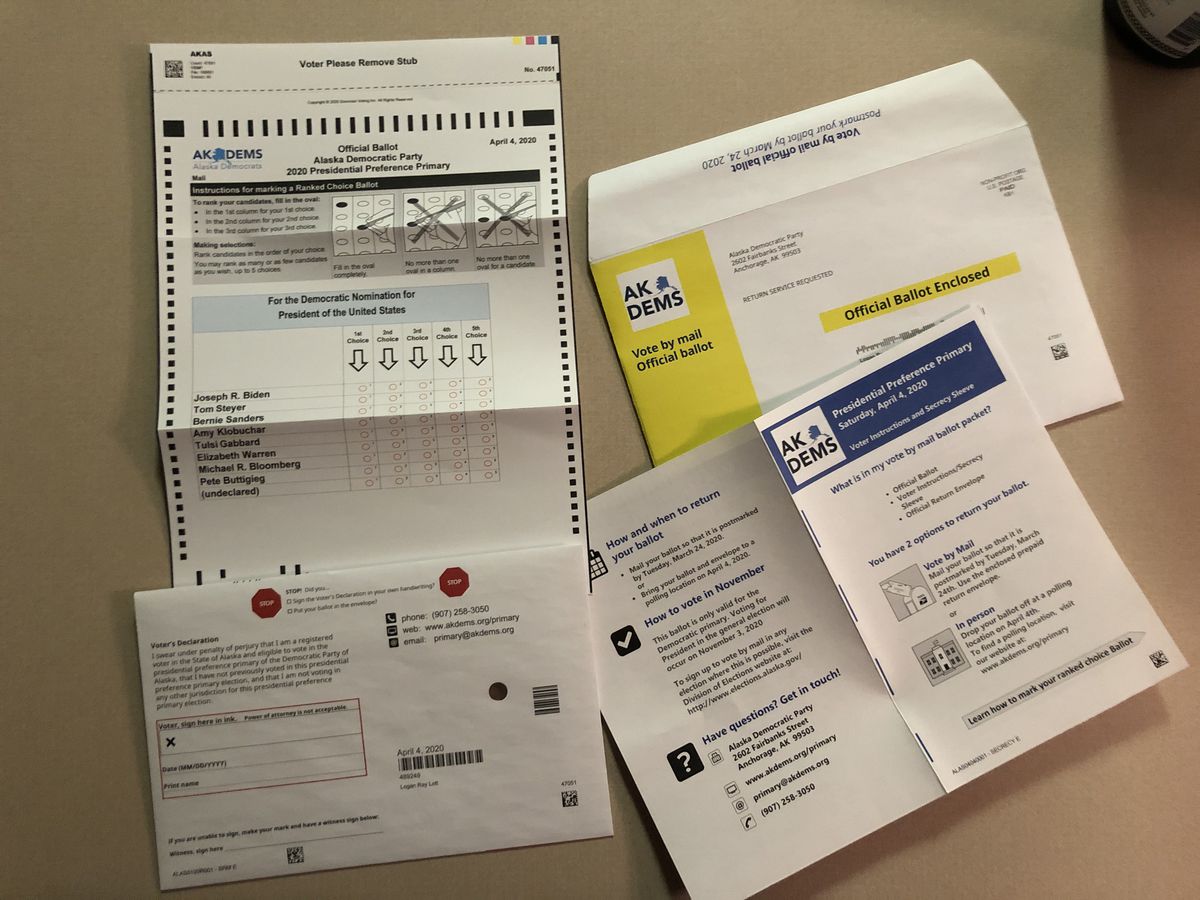 KETCHIKAN - The Alaska Democratic Party will hold its party-run presidential primary exclusively by mail and is moving back the deadlines for returning and tabulating ballots.

The party announced Monday it is canceling in-person voting sites planned for April 4 due to concerns with the coronavirus. But it is extending the deadline to return ballots by mail. Originally, ballots were to be postmarked by Tuesday. The party now says they must be received in Anchorage no later than April 10 to be counted.

Results are expected no later than just before midnight on April 11.

The party sent more than 71,000 registered Democrats ballots, which is seven times the number of people who participated in the 2016 caucuses, the party's executive director, Lindsay Kavanaugh, said in a statement.

"We want to continue to allow for maximum participation in this historic primary while respecting the health and safety of our voters and volunteers," she said.

Ballots also will be made available to download, the party said.

The primary is open only to registered Democrats.