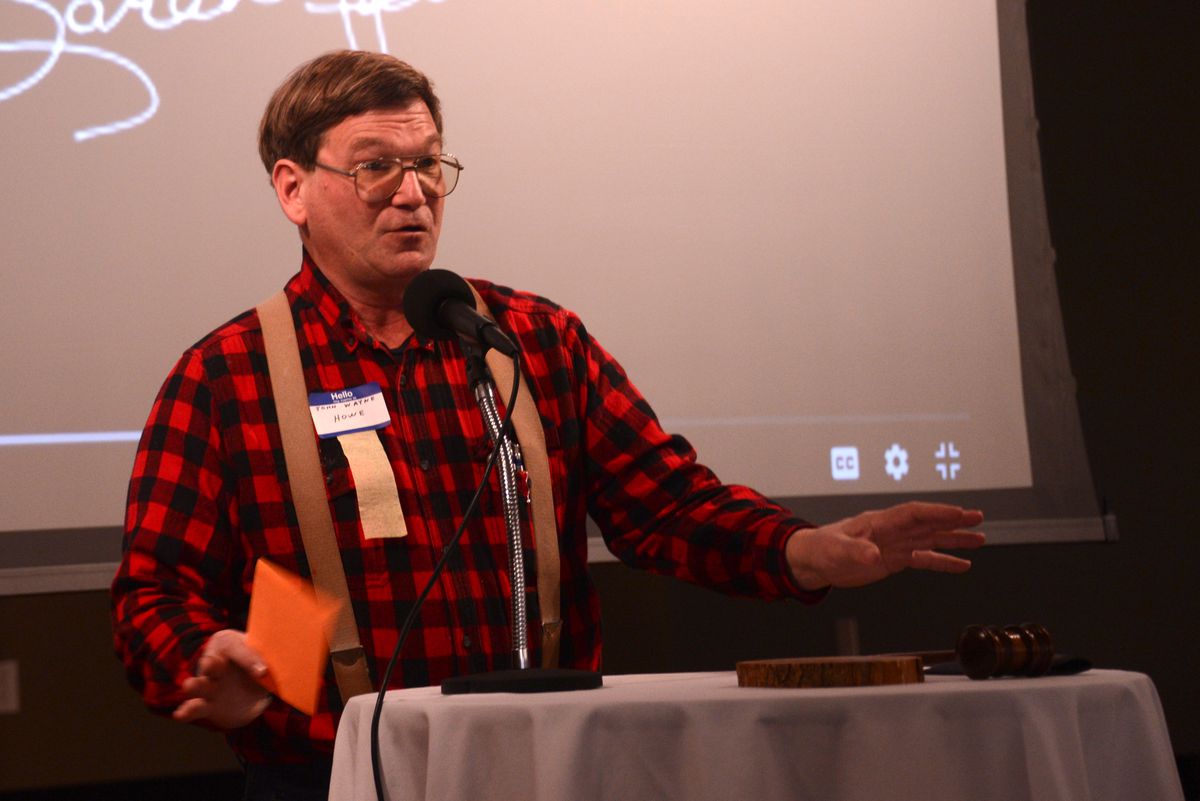 WASILLA — Bob Bird, chairman of the Alaskan Independence Party, was eating dinner when he learned that a New York Times poll suggested 10% of Alaska voters intend to vote for his party’s candidate in this year’s contentious U.S. Senate race.

While 10% of the vote won’t be enough for the party’s candidate, John Wayne Howe, to defeat either Republican Dan Sullivan or Democratic-endorsed independent Al Gross, it’s one of several signs that the party may have some hidden strength this year.

Alaska’s third recognized political party isn’t expected to win any seats in the Alaska Legislature, but since the August primary, its candidate for the Senate district covering Kodiak and the southern Kenai Peninsula has raised more money than the incumbent Republican.

In Anchorage, Republicans are pressuring two AIP candidates for state House to drop out, the candidates say. In those districts, they’re expected to attract conservative voters who might otherwise back the Republicans.

“I think there’s a lot of disaffected Republicans out there looking for a new home,” Bird said.

The party’s former leader, Lynette Clark, died in May, and about 20 members convened in Wasilla on Saturday to hear from their candidates, elect Bird the new leader, and confirm their platform.

Instead, he said, the party’s core belief is that Alaska’s 1958 statehood vote was improper and should be redone because it didn’t include options beyond statehood or continuing as a territory.

Statewide, the party boasts 18,458 registered members, more than all but the Alaska Democratic and Republican parties. The state classifies the Libertarian, Green and other parties as political groups and doesn’t award their candidates automatic listing on the ballot.

The AIP generally takes a Christian-libertarian approach by promoting smaller government, less taxation and claiming that through a return to morality, society’s problems can be fixed.

It proposes to rewrite the Alaska Constitution to declare that all rights come from “natural law” descending from God.

Attendees also denounced the Republican Party but praised President Donald Trump, saying that he is shaking up the political establishment.

“What I want to promote is God, family and country, in that order,” said Greg Madden, a Kenai Peninsula chiropractic physician running for state Senate against incumbent Republican Sen. Gary Stevens, R-Kodiak.

Howe, who spoke after Madden, said he wants to see federal taxes gradually eliminated and replaced by a system where Americans voluntarily pay for services they want.

His inspiration is Fox Spring, north of Fairbanks and near his manufacturing business. When the state said it would close the site — popular with residents who don’t have running water — locals began paying to keep it open.

He doesn’t believe the federal government should require insurance to cover Americans with pre-existing conditions, he said, calling such laws “insane.”

The Affordable Care Act, also known as Obamacare, forbids insurers from charging Americans more because of health problems they have when they buy insurance. It also forbids them from canceling policies when someone gets sick.

Howe said requiring coverage for pre-existing conditions is like trying to buy car insurance for your car after you’ve crashed it. He said the problem with health care is a lack of doctors.

“We have a Republican Party that’s basically corrupted by lobbyists and Outside forces who want to run our state,” he said.

If elected, he would attempt to create a “freedom caucus” in the House with Rep. David Eastman, R-Wasilla and Christopher Kurka, a favorite to replace Rep. Colleen Sullivan-Leonard in another Wasilla House district.

Such a group would be able to leverage its votes as a bloc, giving it greater power.

David Nees, the AIP candidate in Anchorage’s House District 23, said he also has been asked to withdraw in order to help the odds of Republican incumbent Rep. Sara Rasmussen, who is also running against independent Stephen Trimble.

He has no plans to quit — he’s running because neither the Republican Party or Democratic Party represent his views, and while he might not win, he isn’t changing his beliefs, either.