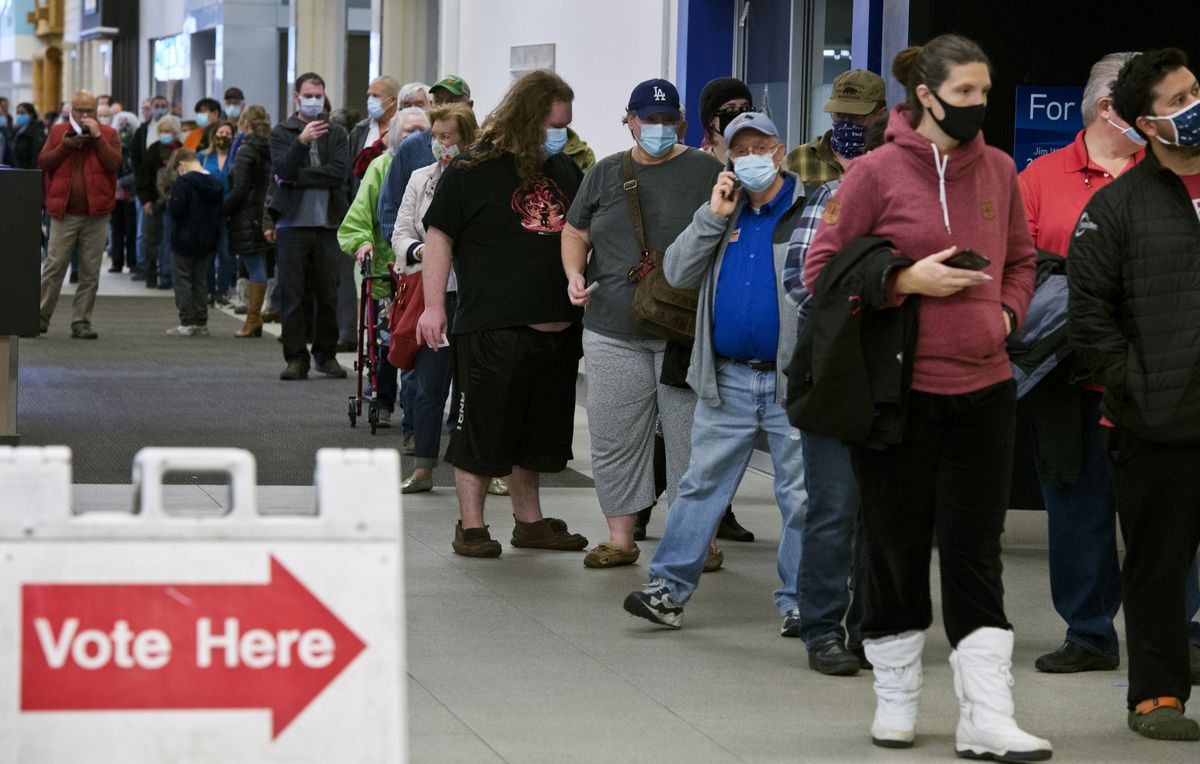 Selected polling sites opened across Alaska Monday in the first day of early voting for the 2020 general election.

Interest in early voting is expected to be high this year because of the COVID-19 pandemic and the presidential election, and long lines were reported at some locations.

Some voters waited for more than an hour in line at Midtown Mall, while those who voted at City Hall said there was little or no line Monday.

The Midtown Mall and City Hall locations also have weekend hours. A full listing of early voting locations and their hours is available online.

First day of early voting in Alaska. I’ve been in line for about an hour. pic.twitter.com/FB8Yslb2Kd

I just voted at Anchorage City Hall and there is no line!

Elections officials said there were notably long lines in Wasilla and Fairbanks. Palmer’s early voting site recorded a steady stream of voters. In Juneau, one early voting site was closed for the Alaska Day holiday; at the other, the line was not unusually long at 8:30 a.m.

Voters will need to bring ID — a voter card, driver’s license, or other document that lists their name and address.

Through Friday morning, 32,741 Alaskans had filled out and returned absentee ballots. That’s more than 10% of the total turnout four years ago.

Completed absentee ballots can be mailed back to the division, deposited into a dropbox or put into a ballot box at any early voting location.

Absentee ballots must be postmarked by Election Day in order to be counted.