Alaska has the slowest ballot-counting process in America. The top election official says security is the priority, not speed. 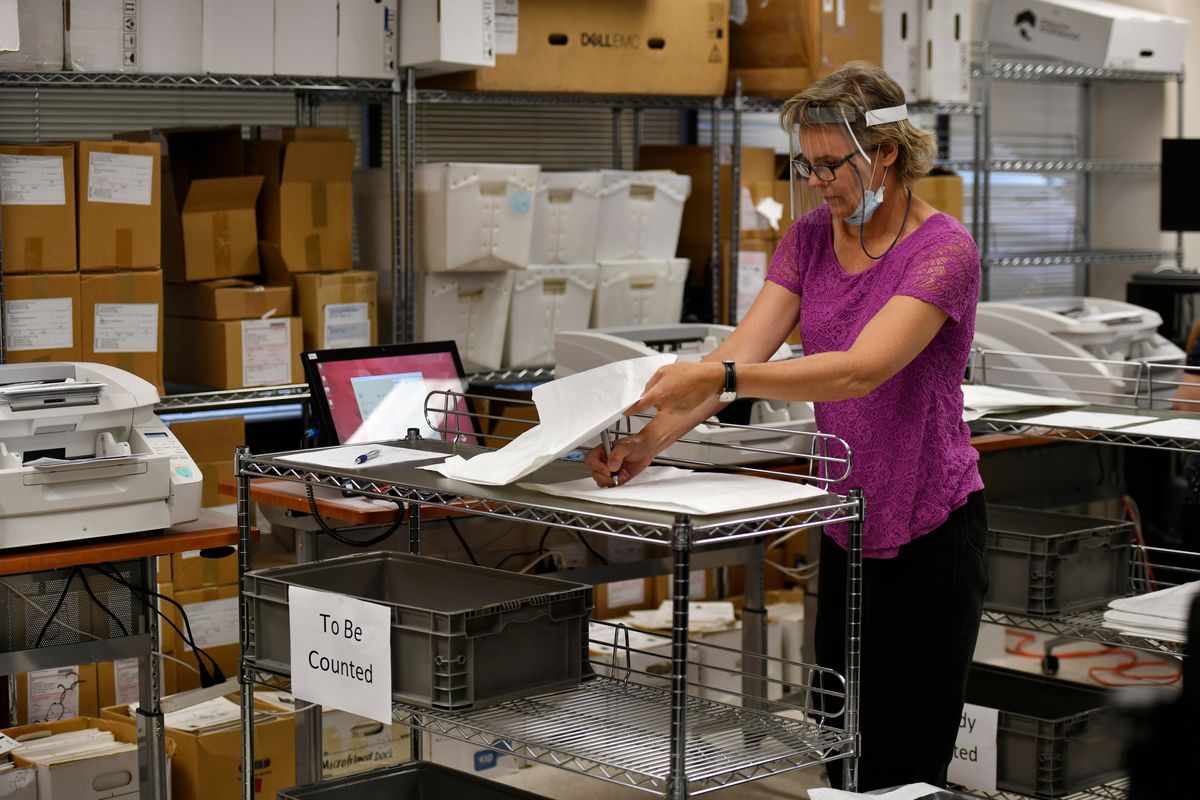 A revived security procedure, combined with the nation’s most generous absentee-ballot deadlines, has given Alaska the slowest ballot-counting schedule in the United States.

The slow count usually has only minor impacts, but Alaskans voted early and with absentee ballots in record numbers this year. More than 130,000 votes — more than 40% of Alaska’s total — will not be counted until at least next week, and the last ballots won’t be counted until Nov. 18.

While President Donald Trump and statewide Republicans led the Election Day count, the number of uncounted votes means they could not yet be declared the winners in Alaska.

Local races are also on hold, and the wait frustrates some Alaskans.

“I continue to believe that the (Division) of Elections' decision to wait a full week before starting this count, instead of counting the ballots as they came in or on election night, was a disservice to Alaskans,” said Anchorage Assemblyman and mayoral candidate Forrest Dunbar in an Election Day post on social media.

The delay, the Alaska Division of Elections said, is because all absentee ballots are being checked against the Election Day precinct books signed by every voter.

“Ballots are not deemed eligible for counting until duplicate voter research has been completed,” said assistant attorney general Maria Bahr of the Alaska Department of Law. In other words: Election officials are making sure a voter didn’t mail in an absentee ballot and also vote in person.

If someone voted in person and cast an absentee ballot, their absentee vote is rejected, their in-person vote counted, and their name forwarded to the Alaska Division of Elections for further investigation and possible prosecution.

Fenumiai said she is not familiar with other states' procedures and cannot say why they are able to count more quickly than Alaska while maintaining security.

The 15-day limit is the most generous in the country, according to the National Conference of State Legislatures.

“We’re in a gigantic state and we’re so spread around,” she said.

Logistics, the voter history check and the sheer number of ballots are all combining to make for a slow count.

“Those are all part of it,” Montemayor said.

Hey! We let people mail their ballots all the way up to and ON election day. We need a week to make sure we got them all, especially because we want to make sure all our lil' villages count too. Also our senate race is important this year!

The state did count some early-arriving absentee ballots on Election Day in 2016 and 2018. At that time, the Division of Elections was under the charge of Josie Bahnke, now deputy city manager in Kodiak.

Bahnke declined to say why she made the switch.

Fenumiai was the director of the Division of Elections before Bahnke and created the existing system in 2008 after more than two dozen Alaskans went to polling places in the primary election after voting absentee. According to contemporary reporting by the Associated Press, Fenumiai ordered elections workers to take extra care when the general election arrived.

That year, almost 90,000 absentee, early and questioned ballots were held for extra review. As a result, incumbent Republican Sen. Ted Stevens appeared to have won reelection on Election Day, but Democratic challenger Mark Begich defeated him after the late-counted ballots were added to the tally.

The late-count procedure stayed in place until Fenumiai left office in 2015.

When she returned to the top elections job in 2019, the old procedure was revived.

Asked why the department switched back to the old method, Fenumiai reiterated that security and election integrity are the division’s top priority.

Bahr said, “The division went back to the original method to ensure to the best of its ability that no duplicate voting occurs."

State law says in part that “counting of absentee ballots that have been reviewed shall begin at 8:00 p.m., local time, on the day of the election,” but several attorneys with experience in election law said the law is less clear than it seems.

Attorney Scott Kendall, a former chief of staff to Gov. Bill Walker and the lead author of election-reform Ballot Measure 2, said he thinks elections officials do have the discretion to start counting absentee ballots a week after Election Day.

It might be frustrating, he said, but it’s intended to provide cushion for the slow logistics and late deadlines.

State Sen. Bill Wielechowski, D-Anchorage, is an attorney and currently trails Republican opponent Madeline Gaiser. He’s frustrated by the slow pace but understands why Fenumiai is taking a deliberate pace.

“To be fair, she doesn’t want a duplicate count or any doubt on the count, and I get that,” he said.