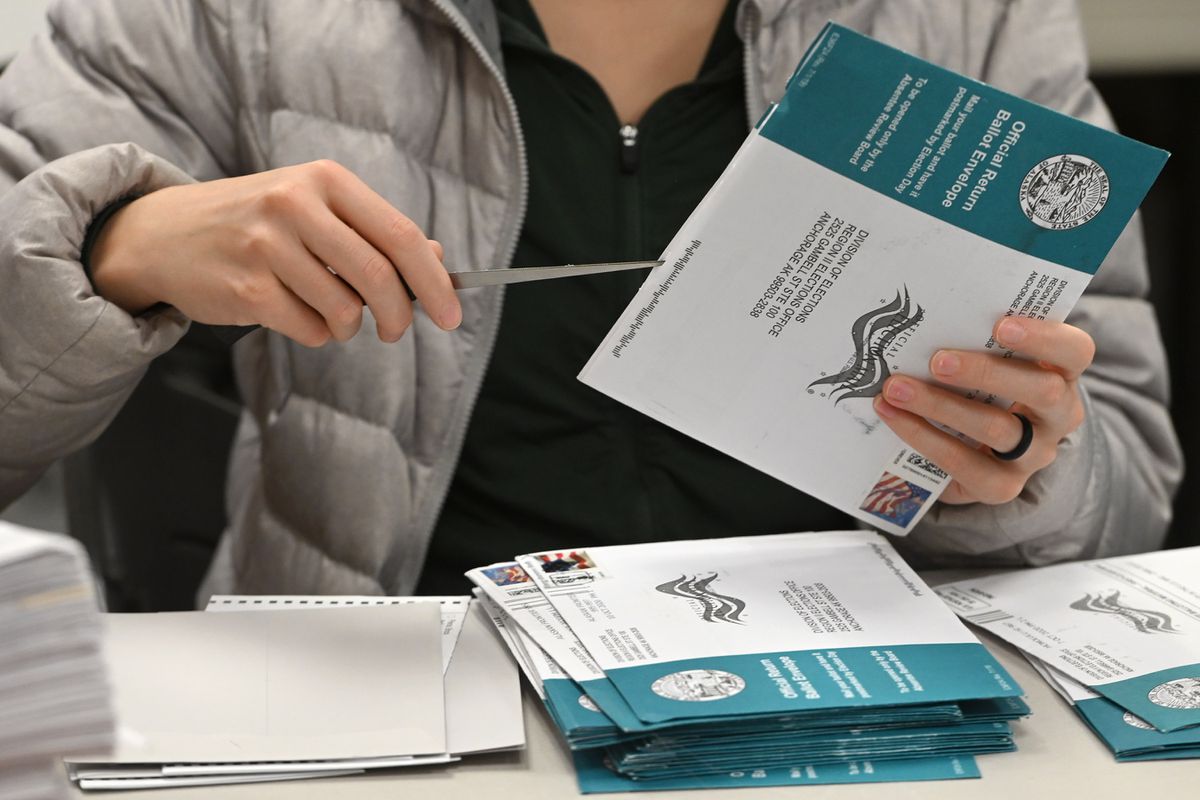 A three-part measure that would significantly change Alaska’s elections system remained too close to call Wednesday night as new returns from the Alaska Division of Elections showed “no" leading “yes” on Ballot Measure 2 by 51.7% to 48.3%, or 9,318 votes out of 289,185 counted statewide.

According to the Division of Elections, 66,583 ballots remain to be counted, and if they favor the “yes” side by the same margins as Tuesday’s and Wednesday’s votes, the issue will win by fewer than 1,000 votes. Additional absentee ballots may arrive as late as Nov. 18 and still be counted under certain circumstances.

Neither opponents nor proponents were willing to declare the contest over on Wednesday.

“It’s possible but unlikely for us to pull it out,” said David Dunsmore, campaign manager for Vote Yes for Alaska’s Fair Share, the group that proposed Ballot Measure 1.

“From our perspective, we are not going to declare victory today,” said Kara Moriarty, campaign manager for the leading opposition group, OneAlaska.

“We are not going to declare victory until every vote is counted. That’s just where we’ve come down,” she said.

If approved, the measure would have helped solve Alaska’s budget deficit. Opponents said the proposal would have discouraged long-term investment in Alaskan oilfields.

Ballot Measure 2 is a three-part proposal that would put state candidates into a combined primary election for each office, and the top four vote-getters — regardless of party — would advance to a ranked-choice general election. It would also require campaign donors to more fully disclose the source of certain contributions in some races.

After Election Day, with an estimated 55% of the state’s votes counted, “yes” trailed “no” by 13 percentage points. After 71,000 early, absentee and questioned ballots were counted Tuesday, “no” led by only 5 points. That dwindled further on Wednesday.

“What I think what we’re seeing is the natural evolution and counting of ballots,” said Brett Huber, campaign manager of Defend Alaska Elections, the leading vote-no group.

His group did not launch its campaign until September, and because many of the votes being counted now were cast before Election Day, he believes they represent voters who did not hear as much vote-no messaging.

He said he isn’t surprised to see the race tighten but believes his side will prevail in a close count.

Alaskans for Better Elections, which is supporting the measure, has been campaigning since 2019. Campaign manager Shea Siegert said he is staying “cautiously optimistic.”

Neither he nor Huber is prepared to declare victory until the final count on Nov. 18. He said he expects the final margin to be a close one.