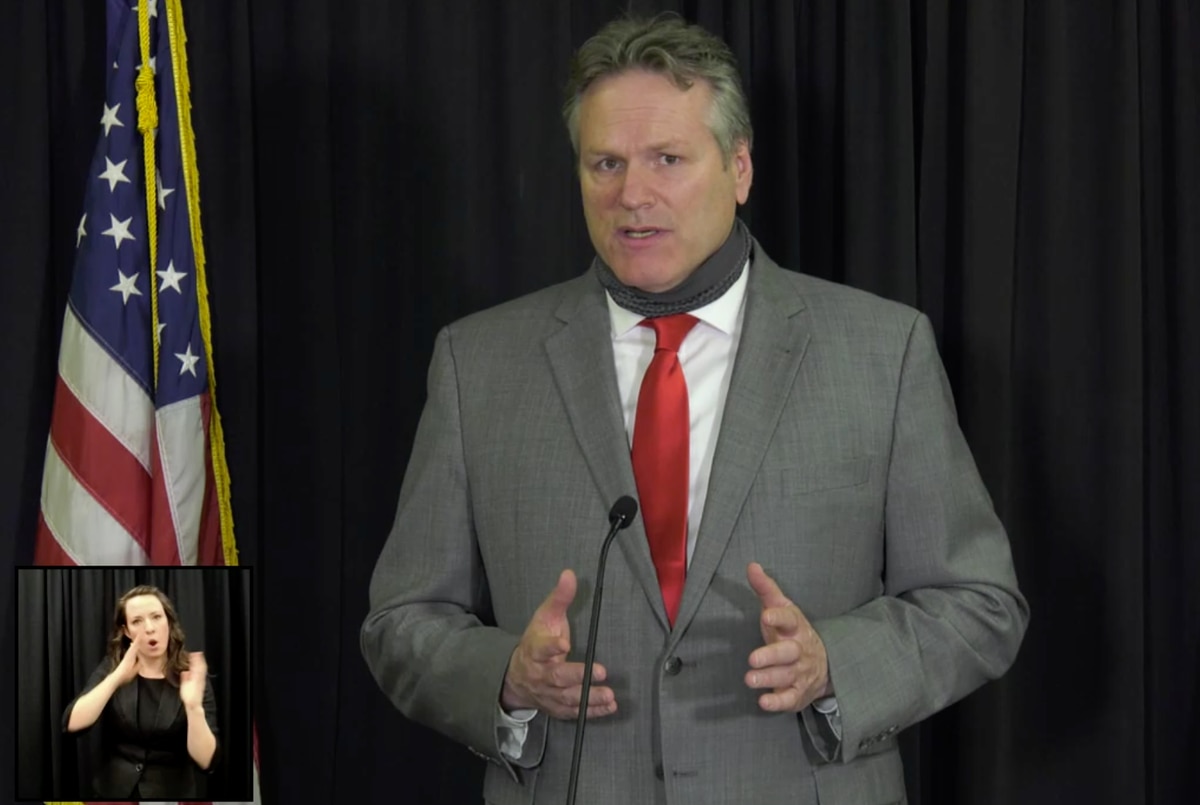 The governor is proposing a $1,916 payment sometime in the spring and a payment of about $3,000 later in the year. The spring payment is proposed as a supplement to the state’s existing budget. The later payment and the rest of the governor’s proposed new budget would come after the state’s new fiscal year starts July 1.

The governor called the early dividend an “economic recovery payment,” a boost for an economy weakened by COVID-19.

“Alaskans and the private sector need assistance now. Businesses that have been devastated, and Alaskans that are suffering, will benefit from immediate action by the Legislature placing money into the people’s hands by March,” Dunleavy said in a written statement.

After the 2021 payments, Dunleavy is proposing a new dividend formula that would provide smaller payments than existing law. (The payments would be larger than the $1,000 approved by the Legislature this year.)

The payments and the new dividend formula, along with the rest of the governor’s budget proposal, require the approval of the Alaska Legislature, which remains unorganized and deeply divided.

To guide the future of the dividend, Dunleavy is proposing a special election to take place in the spring. Alaskans would be asked a non-binding question about the dividend.

“We want to give the people of Alaska an opportunity to decide what they want to do with the PFD,” Dunleavy said.

Voters would also be asked to approve up to $350 million in bonds to pay for construction projects across the state. Neil Steininger, director of the Office of Management and Budget, said a list of projects is not yet available, nor is the language of the PFD question.

State legislators attempted to cap spending from the Permanent Fund in 2018 by passing a non-binding law. Dunleavy’s budget would break that cap and withdraw $6.2 billion from the fund to cover the dividend payments and services.

“This budget, which draws upon the Permanent Fund, should be viewed as an anomaly,” Dunleavy said. “I want people to understand this is not going to be a situation where my administration is going to go into the earnings reserve of the Permanent Fund on a regular basis.”

Sen. Bert Stedman, R-Sitka, has been one of the Legislature’s most consistent supporters of the 2018 Permanent Fund law. He said overdrawing from the fund is “a concern,” but “we’ve also got to recognize the challenge we’ve got with the current economic climate and the massive unemployment.”

Spending on services is expected to cost about $4.3 billion. According to the Office of Management and Budget, that’s about $180 million less than was approved by the governor and Legislature this year, but Stedman said he believes the actual reduction is smaller than OMB projects and the budget overall is almost the same as it has been for the past four years.

The biggest chunk of OMB’s projected reduction is $140 million from the Department of Health and Social Services. About $90 million of that figure comes from pandemic money that was spent in the current year. The state doesn’t expect to need that spending next year.

Some things are being added — money for prisons, public safety and $4 million for “statehood defense.”

According to budget documents provided by Steininger, that term includes “legal counsel, retained experts, and consultants ... to represent the state in asserting the state’s right to develop, manage and protect all the state’s natural resources.”

If adopted by the Alaska Legislature, the governor’s budget would mark the seventh consecutive year in which Alaska’s spending has exceeded tax revenue.

Through the 2010s, Alaska repeatedly used its savings accounts — the Constitutional Budget Reserve and the Statutory Budget Reserve — to balance its books. Those accounts are effectively exhausted, leaving only the Alaska Permanent Fund.

That money is available — the Permanent Fund’s investments have beaten their benchmarks so far this fiscal year, the fund’s trustees were told this week.

As of the end of the day on Thursday, the fund was worth $72.2 billion, and the Office of Management and Budget expects about $16 billion will be available for spending by June 30, 2021.