Alaska Rep. Young calls for bipartisan effort as he gives oath to Pelosi 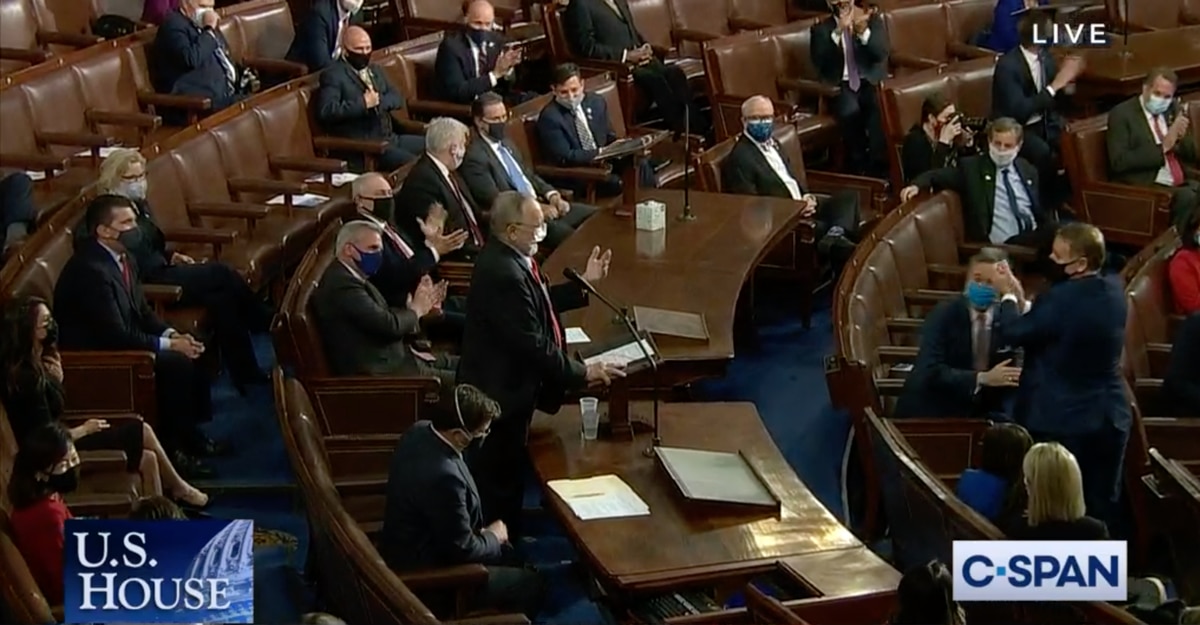 Alaska U.S. Rep. Don Young called for members of Congress to work together across party lines on Sunday as he gave the oath of office to House Speaker Nancy Pelosi.

Young, a Republican, is the longest serving member of the House, and as the dean of the chamber, administered the oath of office to the speaker after Pelosi, a California Democrat, was reelected speaker on Sunday.

Members of the House from both parties stood and applauded.

“You will be the speaker of the House. Not of a party. That may hurt some of you,” he said, looking around the House chamber. “The job of our nation is for the House of Representatives to govern this nation. It was never meant to be the executive branch. It was never meant to be the judicial branch. It’s this House that raises the money and dedicates how it shall spent and we are representing the people as we are elected.

“And I say this with all sincerity, Madam Speaker, that when you do have a problem or if there’s something so contentious, let’s sit down and have a drink. And solve those problems for the good of this nation, for this institution, and, as you said, for the future children of this great nation. We can do it as a body. I ask you that, as the dean to the new speaker. I ask you to try to attempt to do that with our leader. We can do it together.”

After she took the oath, Pelosi said, “Thank you, thank you, dean. I’m honored to be sworn in by you, my friend of many years. Thank you for your guidance and, again, I don’t drink, but I’m happy to have ice cream with anybody, any time. Yeah, ice cream. Thank you.”

Young, 87, was elected to his 25th term in the House in November. He was among the first Republicans in Congress to recognize Biden as president-elect.

On Sunday, Sen. Lisa Murkowski, R-Alaska, joined a group of senators from both parties in condemning efforts by President Don Trump and some Republicans in Congress to delegitimize the presidential election results.

Alaska’s other senator, Dan Sullivan, has said nothing publicly about recent developments with Congress and the election. In December, Sullivan acknowledged the results of the presidential election, saying Biden won.