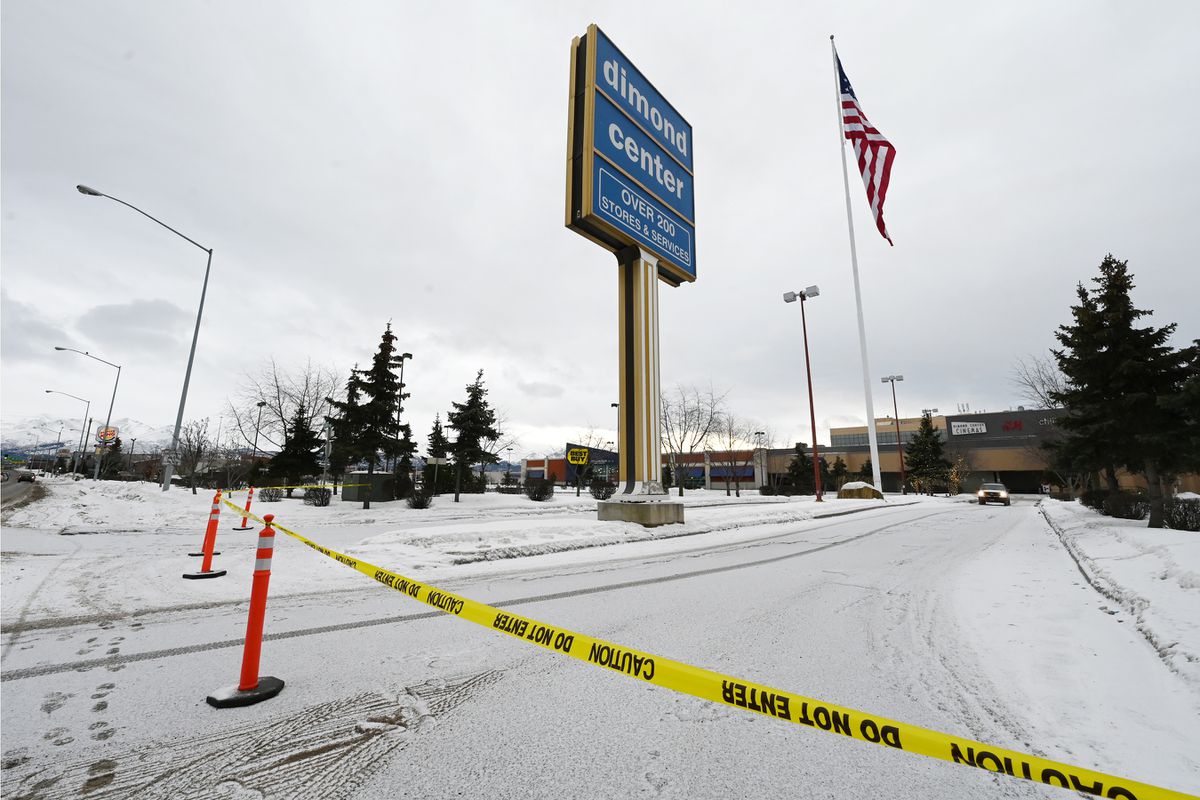 The Dimond Center mall in Anchorage was closed on Sunday, Jan. 17, 2021, due to a potential demonstration. (Bill Roth / ADN)

The Dimond Center mall in Anchorage was closed on Sunday, Jan. 17, 2021, due to a potential demonstration. (Bill Roth / ADN)

Online organizers planning a series of armed rallies Sunday at state capitols across the country apparently confused Anchorage’s Dimond Center mall with Juneau’s Dimond Courthouse, according to online reports. The Juneau courthouse is located across the street from the Alaska Capitol.

“We were told that, and it could be true,” Dimond Center general manager Bob Dye said Friday.

The mall issued a warning Tuesday about a potential demonstration and said it would close Sunday, the day of the planned event. Dye said fears have calmed, but the mall will remain closed as planned.

“Out of an abundance of caution, we are still going to shut the center down on Sunday, which was the day of the event. And if nothing happens, then great. You know, though, we wish we were open,” Dye said.

“I actually met with the FBI yesterday, and had a good conversation with them. And they indicated that ... things had really sort of calmed down,” Dye said.

“All they indicated to me was that chatter on this event — or the proposed event — had slowed considerably to virtually nothing. And so their feeling is that it’s more than likely that something will not happen,” he said.

In a prepared statement, FBI Anchorage public affairs officer Chloe Martin did not answer questions about the meeting with Dimond Center but said, “The FBI Anchorage Field Office has not received any specific threats regarding locations in Alaska.”

Department of Public Safety Commissioner Amanda Price said her agency has also not received any intelligence about a threat to the Capitol or the Dimond Center.

Earlier this week, a post at the treeofliberty.me website called for armed protests at state capitols nationwide to “physically demonstrate to the world the massive amount of armed citizens in this country.”

The post came days after pro-Trump rioters invaded the U.S. Capitol in a violent clash that forced lawmakers to flee, overwhelmed police and resulted in the deaths of five people, including a Capitol Police officer.

The Daily News sent an email to an address posted on the site but received no response.

Others did get a response: Alaska’s News Source received a message from the website’s host saying that the flyer should have listed Juneau as the location.

Another email, reported by the Alaska Landmine, said the listing of the Dimond Center was a mistake.

The organizers of the capitol rally events admitted the Dimond Center Mall was a mistake. "Due to the mistake, the event is likely not to occur." #akleg pic.twitter.com/onsxOiehMb

“Organizers meant Juneau. Due to the mistake, the event is not likely to occur,” the email said.

After media coverage this week, the website was redirected to the music video for Rick Astley’s 1987 song, “Never Gonna Give You Up.”