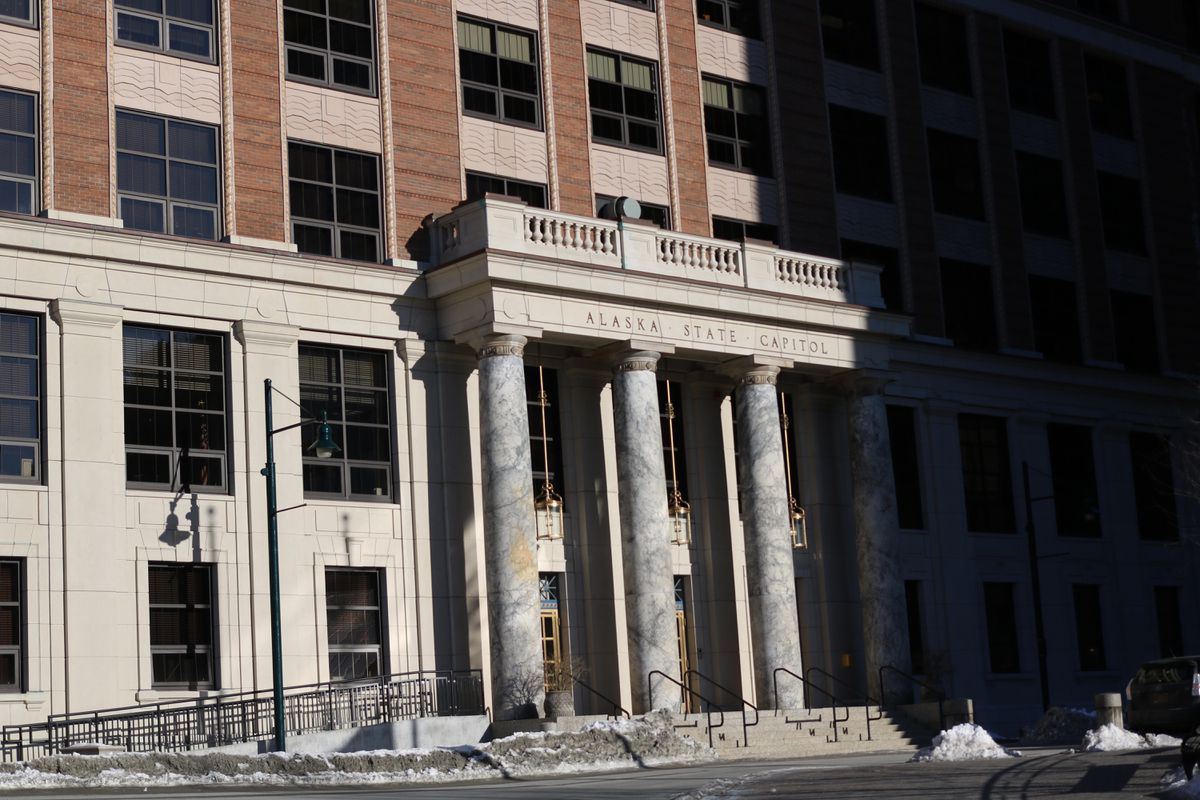 JUNEAU — The Alaska House is advancing a budget proposal that would spend about half the money left in the state's primary savings account — even after restructuring the Permanent Fund.

The plan would spend about $4.5 billion on state agencies. To pay for it, the House's largely-Democratic majority would use about $2 billion in general revenue — mostly oil taxes and royalties — and $1.6 billion from the restructured Permanent Fund.

That leaves a hole of about $900 million, according to the Legislature's chief budget analyst, David Teal. The cash would come out of the state's main savings account, the Constitutional Budget Reserve, which will hold about $2.2 billion at the start of the new fiscal year in July, according to projections from Teal's nonpartisan Legislative Finance Division.

Lawmakers can "probably do it again next year," Teal said.

"But then it's gone," he said, referring to the reserve account.

The House's largely Democratic majority is likely to keep tinkering with its proposal before passing it to the Senate later this month. And leaders of the Senate's mostly Republican majority say they plan to propose spending cuts and take other steps that would reduce the size of the deficit by hundreds of millions of dollars.

But the gap in the House budget highlights the competing interests that lawmakers are trying to balance as they craft their annual spending proposal: preserving popular government programs and keeping savings accounts at healthy levels while asking voters to make as few sacrifices as possible.

Lawmakers have already spent more than $10 billion in savings since 2014, when oil prices — and the state revenues they're tied to — plummeted.

Even after slicing Alaska's operating budget by roughly 15 percent, they're still facing huge deficits. And that's forced lawmakers to entertain budget-balancing proposals previously thought to be politically impossible — namely, restructuring the $64 billion Permanent Fund, which has the side effect of reducing the annual dividend checks paid to residents.

Leaders in both the House and Senate support taking that step.

But they disagree about whether additional measures are necessary. And that disagreement stems, in part, from how they view the state budget and the amount of cash that the Permanent Fund can sustainably earn.

House leaders said their current budget proposal keeps spending levels similar to last year's because their constituents don't want public services to be reduced further. And the budget's primary author freely acknowledged that it's unsustainable without additional revenue beyond the Permanent Fund's earnings — like taxes on oil companies or individual Alaskans.

"There is no long-term solution without diversifying our revenue," said Homer Rep. Paul Seaton, co-chair of the House Finance Committee and one of three Republicans in House leadership. "We haven't been looking for the big program cuts because we did that last year, and decided that the services that were being provided were really wanted and needed by the Alaska public."

The House's proposal comes with a deficit about $300 million larger than the one in Gov. Bill Walker's preliminary budget plan.

Most of the difference stems from the way the House majority would restructure the Permanent Fund.

Walker's plan would manage the fund like an endowment and spend 5.25 percent of its value next year. But the House cut that number to 4.75 percent, citing diminished expectations for the long-term earnings of the fund's investments.

That decision leaves about $250 million less revenue available to help balance the budget.

The House also boosted spending on the state university system by $19 million, to $336 million. And it's proposing to pay a $1,258 Permanent Fund dividend to each resident, instead of the $1,216 in the governor's budget.

House majority members have proposed filling the remaining gap by raising oil taxes and levying a new income tax; they passed an income tax proposal last year that would have raised $700 million annually.

The income tax was structured so high-income Alaskans would pay higher rates than poor people. Majority members said that would balance the effects of restructuring the Permanent Fund and reducing dividends, which take an equal amount of money from each Alaskan, regardless of income.

But the Senate's Republican-led majority voted against the income tax, and its leaders still say the measure is unnecessary.

At a meeting with reporters Friday, Senate Majority Leader Peter Micciche said his chamber plans to offer a spending proposal that will leave a far smaller deficit — more like $300 million. And he argued that higher-than-projected oil prices could generate more revenue for the state this year, leaving more cash in its savings accounts.

"The fiscal gap is not $500 million when all things are considered by the end of this year," Micciche said. "You're going to see it smaller."

The Senate plans to stick to a 5.25 percent withdrawal from the Permanent Fund, which would shrink the deficit to more like $600 million, instead of the $900 million figure in the House plan.

Micciche told reporters that the Senate's proposal is based on a "safe maximum draw" on the fund. And he suggested that the House majority wants to use less money from the Permanent Fund to leave a larger deficit and bolster its case for taxes.

"Ours is not based on an agenda," Micciche said. "Theirs is more based on putting some other pieces in place that the Senate doesn't support."

Micciche said the Senate also plans to propose budget cuts to keep the growth of the state budget below inflation, which could reduce the deficit further. But he didn't identify specific programs to be eliminated, and he wouldn't say exactly how much senators hope to cut.

Any proposed reductions will also have to win House members' approval before they can take effect; many of the Senate's proposed cuts last year ended up being scaled back in the Legislature's final spending plan.

But Senate leaders said the state's financial position isn't dire enough to require them to raise more cash with taxes. Senate President Pete Kelly, R-Fairbanks, left the door open for such steps in the future, but he also pointed out that the state's financial position could improve — whether that's because of gains in oil revenue or in the Permanent Fund's investments.

Kelly said the Senate's approach — using the restructured Permanent Fund to close most of the deficit — is a "fairly stable, non-volatile funding mechanism."

"You cannot create a model that will address every single up and down of the market or oil prices and of inflation," he said. "There are other legislators that will deal with emergencies as they come up in the future."