Oil companies in Alaska say they’re owed $800 million. Lawmakers have been slow to advance the governor’s plan to pay them. 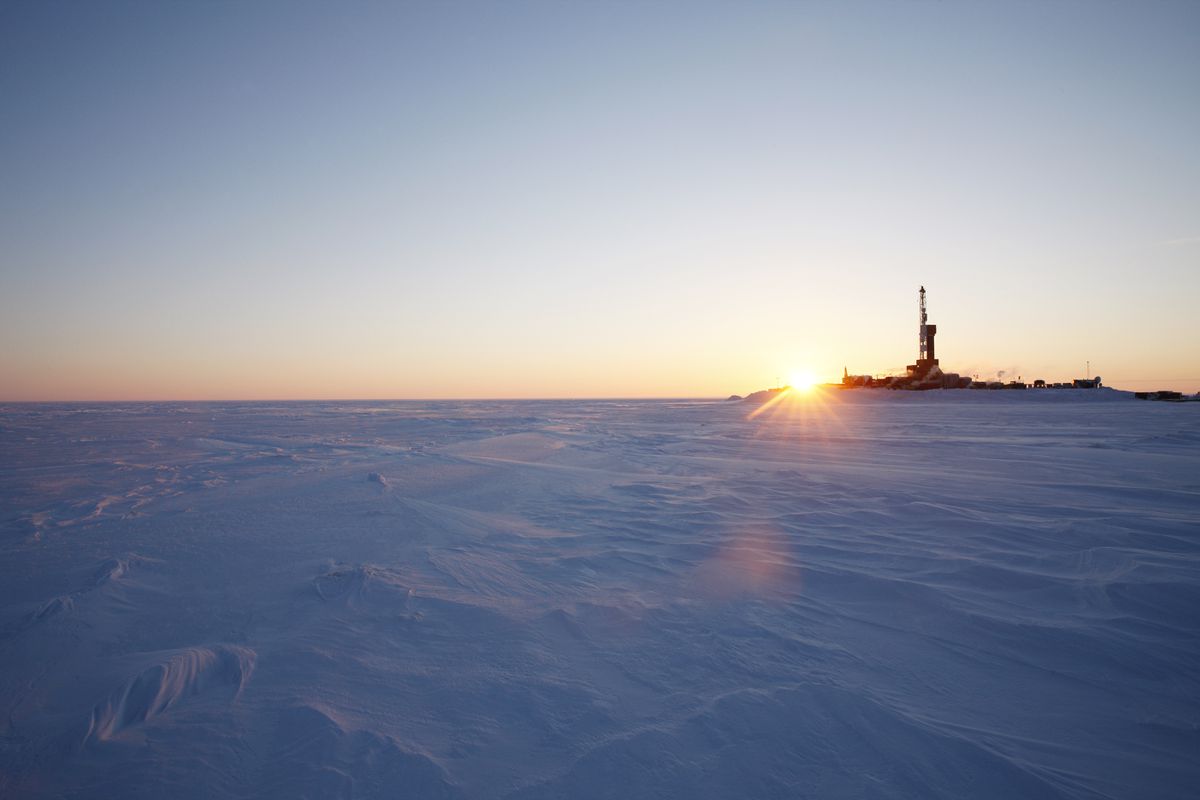 Caelus Energy wants to develop the Smith Bay prospect just southeast of Barrow. Company officials said last year that they’ve applied for between $75 million and $100 million in cash tax credits from the state for work done at Smith Bay and elsewhere, but that drilling work at the site has been delayed. (Caelus Energy)

Caelus Energy wants to develop the Smith Bay prospect just southeast of Barrow. Company officials said last year that they’ve applied for between $75 million and $100 million in cash tax credits from the state for work done at Smith Bay and elsewhere, but that drilling work at the site has been delayed. (Caelus Energy)

Alaska Gov. Bill Walker's administration has a proposal it says would boost oil industry investment, create jobs and clear a liability of nearly $1 billion from the state's books.

The proposal entails borrowing money to pay cash tax credits to companies that either haven't found oil in Alaska, or are only producing small amounts of it. And it's drawn an unusual degree of consensus between Walker's administration, industry and lawmakers of both political parties.

But for the past six weeks, it's been stuck in committee at the state Capitol, where it's received just two hearings between the House and Senate even as the Legislature's annual session enters its third month. On Friday, the legislation showed its first signs of life, with the Senate advancing the bill to its second committee and the House planning its first discussion on the subject next week.

Supporters say opposition to the plan appears disconnected from whether the plan makes rational sense. Instead, they argue, it's about whether a faction of state lawmakers can stomach the difficult politics of making a big cash payout to oil companies at a time when Alaska's massive deficit has forced spending cuts and reduced benefits for constituents.

"There's an optics issue," said Anchorage independent Rep. Jason Grenn, who's been pushing — so far unsuccessfully — for his colleagues to hold a hearing on the legislation. "I think people are afraid of putting that sort of money into something when at the same time, we're talking about reduced PFDs or reduced state services."

One skeptic, Homer Republican Rep. Paul Seaton, said his problems with the bill are about policy: He dislikes the idea of committing the state to paying back the borrowed money when it's in the middle of a budget crisis, and he says it should keep its flexibility to pay off the companies over a long period of time.

Other lawmakers said to have concerns about the legislation didn't respond to requests for comment, or couldn't be reached.

The cash tax credit program dates back more than a decade, to when the state switched from a tax system based on gross production to one based on net profits.

Lawmakers, at the time, were worried about the decades-long decline in North Slope oil production — taxes and royalties from which have long paid for the majority of Alaska's budget.

One of their goals was to recruit new companies to the North Slope, where they could develop new, smaller projects that might not interest the major producers already there. Lawmakers also wanted to encourage more work in Cook Inlet, near Anchorage, which produces natural gas for power plants and that Alaskans use to heat their homes.

To do so, they created tax credits as incentives. Companies could qualify for the state to reimburse more than half of the money spent searching for oil and developing new projects.

Only those that were producing small amounts of oil, or none at all, were eligible, meaning that companies like BP and ExxonMobil never qualified for the program.

At its peak, the tax credit program paid out more than $500 million a year, but lawmakers accepted the price tag when it was a fraction of the billions in Alaska's overall oil revenue. The politics of the program started to change in 2014, when oil prices crashed and Alaska's revenues plummeted.

In the 2016 fiscal year, companies were expected to apply for $700 million in cash tax credits — more than half of the $1.3 billion that the state collected in total petroleum revenue. That amount was initially set aside in the budget by the House and Senate, though Walker shaved it to $500 million with a veto.

Lawmakers have since eliminated almost all of the cash credit programs.

But they haven't been paying the full amount of cash that companies have applied for. While demand for the credits was initially forecast at slightly more than $1 billion last year, the Legislature budgeted just $75 million to pay them, based on minimum guidelines set in state law.

Industry and Walker administration officials say the delay in making the payments has effectively stalled small companies' oil exploration work and project development on the North Slope. That, in turn, has ripple effects on oil-field service companies and jobs for Alaskans, they argue.

The companies eligible for the credits typically have little existing revenue and often pay their bills with money borrowed from investors, rather than with cash reserves — and the state's refusal to make the payments has made those investors skeptical about putting more money into projects, said Sheldon Fisher, Walker's revenue commissioner.

Fisher developed the borrowing proposal, and he solicited feedback during that process, he said — including from banks that had been lending to Alaska oil companies.

Now, he added, "All of them said that they are not lending to Alaska."

"Capital is drying up," he said.

Fisher's proposal, House Bill 331 and Senate Bill 176, aims to fix that problem by borrowing cash to try to pay all the outstanding credits all at once — about $800 million.

By paying for the credits up front, rather than a fraction of the bill each year, the state could help restart stalled projects now, rather than dragging them out, Fisher said. Lenders would be paid back over the course of a decade, reducing the immediate strain on the state budget at a time when lawmakers are trying to close a huge deficit, he added.

Interest costs would be effectively assumed by the companies, who would accept their credits at a discount; Walker's administration says the total cost of the borrowing program would be equal to or less than the cost of paying the tax credits all at once.

At least one executive, in an interview, said he's open to the idea. Jeff Hastings, chairman of SAExploration, said his company is owed more than $50 million in credits and is employing about half as many people as it did three years ago.

"The state really needs to show a path to paying for these credits, and the reality is that SB 176 and HB 331 show a clear path to that," Hastings said in a phone interview. "Even if it is at a discount, at least you're giving the state a chance and the companies a chance to get a restart."

Anchorage Democratic Rep. Andy Josephson co-chairs the resources committee for the largely-Democratic House majority coalition. While the majority has typically favored higher oil taxes and budgeting less cash for tax credit payments, Josephson said he supports the Walker administration's bill and argues that it would be a "boon for the independents on the North Slope."

While she said she was "extremely skeptical" of SB 176 at first, after getting its details, she now calls it a "pretty creative idea." After holding it in her committee for a month after its first hearing, members advanced it Friday to the Senate Finance Committee.

The House Resources Committee, meanwhile, hasn't held any hearings on the bill, which Josephson attributed to a debate within his own majority caucus about whether to move it forward. He said the legislation will be heard for its first time next week, but hesitated when asked if his caucus would ultimately allow the bill to come to a vote on the floor.

"There are mixed feelings about it," he said.

Seaton, the House Finance Committee co-chair, said he hasn't committed to supporting or opposing Walker's proposal. But one potential problem, he added, is that it would commit the state to writing "hard and fast" annual checks to pay back the money it borrows for companies' tax credits.

That could be a problem if oil prices crash again and state revenue takes another corresponding plunge, he added.

"I don't think that with the tax structure we have, we have the resources to be investing in the oil industry," Seaton said.

Josephson, meanwhile, questioned the Senate's pace of work on Walker's legislation, describing the bill as being more in line with the Senate majority's priorities than the House's.

If it's something senators want, House majority members would be very likely to consider the proposal as a concession that could be part of a broader deal to help fix Alaska's deficit, according to Josephson.

"This could obviously be a component of a comprehensive fiscal plan," he said. "The House is ready to negotiate."