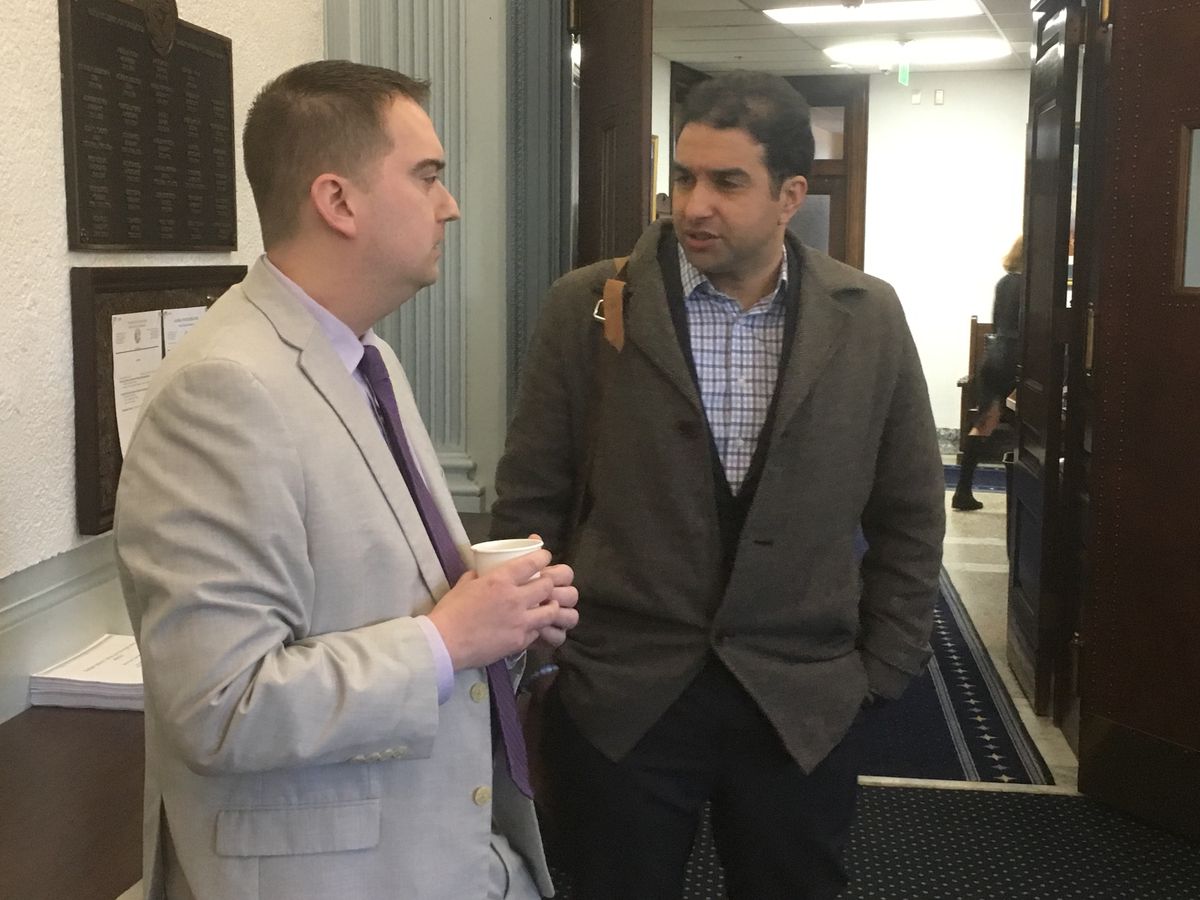 JUNEAU — If Gov. Mike Dunleavy’s budget is signed into law, the resulting job losses will extend Alaska’s recession, an economist from the University of Alaska Anchorage’s Institute for Social and Economic Research told state lawmakers Thursday.

“I was expecting the recession to end in 2019. Now, as a result of these changes, I don’t know when that will happen, but it appears that the recession will go on longer because of this negative pressure on employment in the short run,” Mouhcine Guettabi told the Senate Finance Committee.

Guettabi was one of the authors of a 2016 report extrapolating the economic effects of various budget-balancing approaches. That report remains one of the most-cited documents in the state when examining the effects of the state’s ongoing fiscal crisis.

Ed King, an economist with the Office of Management and Budget, attempted to downplay Guettabi’s projection in a Thursday afternoon meeting of the Senate Finance Committee.

“We are not at a precipice of a depression,” said King. “(The governor’s budget) will have impacts. It will not destroy the economy.”

“I think some of our communities might disagree with that when they look at the impacts at the local level,” said Sen. Bert Stedman, R-Sitka.

Dunleavy has proposed extensive budget cuts and other measures to pay a Permanent Fund dividend using the traditional formula while erasing a $1.6 billion deficit without new taxes or spending from the Constitutional Budget Reserve.

Guettabi, applying the 2016 analysis to the governor’s proposed budget, estimated that it would cause the state to lose 16,924 jobs. The higher Permanent Fund dividend proposed by Dunleavy — plus the first year of his proposed PFD payback plan — would create 9,777 jobs. The net result would be a loss of 7,146 jobs.

“If we are to lose the seven or eight thousand jobs, the reductions in 2019 would be just as significant as we lost in 2016, in the worst year of the recession,” Guettabi said.

“Here, we’re agnostic about the length of these jobs,” he told the Senate committee, explaining that the model created in 2016 looks only at the number of jobs, not how much they pay or how long they last.

The estimate presented Thursday comes with major caveats: It doesn’t include an analysis of the state’s capital budget, doesn’t include the governor’s proposal to require local governments to shoulder school debt, assumes local governments will make layoffs rather than raise taxes, and it’s isolated to the governor’s proposal alone. It doesn’t take into account other things going on in the state economy.

“It’s not just a fixed calculation,” he said, explaining the limitations of Guettabi’s estimate.

“This is not a throw a dart and hit a bull’s-eye issue,” Tangeman told the Daily News.

Wasilla Republican Sens. Mike Shower and David Wilson pointed out that the federal government is expected to spend several hundred million dollars on new construction projects at Eielson Air Force Base near Fairbanks and Fort Greely near Delta Junction.

That spending and the employment it generates would counteract some of the job losses from forgone federal Medicaid revenue, Tangeman told the Daily News.

But Guettabi later said that his estimate of $500 million in lost federal revenue is more likely than not a low estimate and that federal construction spending, unlike federal Medicaid spending, isn’t a recurring funding source.

He reminded lawmakers that his estimate of job losses should not be taken as gospel.

“The amount of uncertainty ... is a menace. We know that, there’s no doubt about it,” he told the Senate committee.

Even with that uncertainty, he said he believes that the governor’s cuts — because they likely will fall heaviest on in-state workers — may spread the recession.

“If we add more job losses now, that will most likely be borne by residents, then the recession could spread to the housing market,” he said.

Sen. Natasha von Imhof, R-Anchorage, said it is “disconcerting” to hear a presenter share what she called an “extremist view.”

Guettabi said he isn’t trying to be an extremist.

When the current recession began in 2015, “I was very clear from the very beginning that the sky was not falling,” he said. “I still don’t think that’s the case. It’s just that we’re in the longest recession in Alaska’s history, and we’re potentially talking about it getting longer.”