Petitioners get OK, will seek to move Alaska Legislature to Anchorage 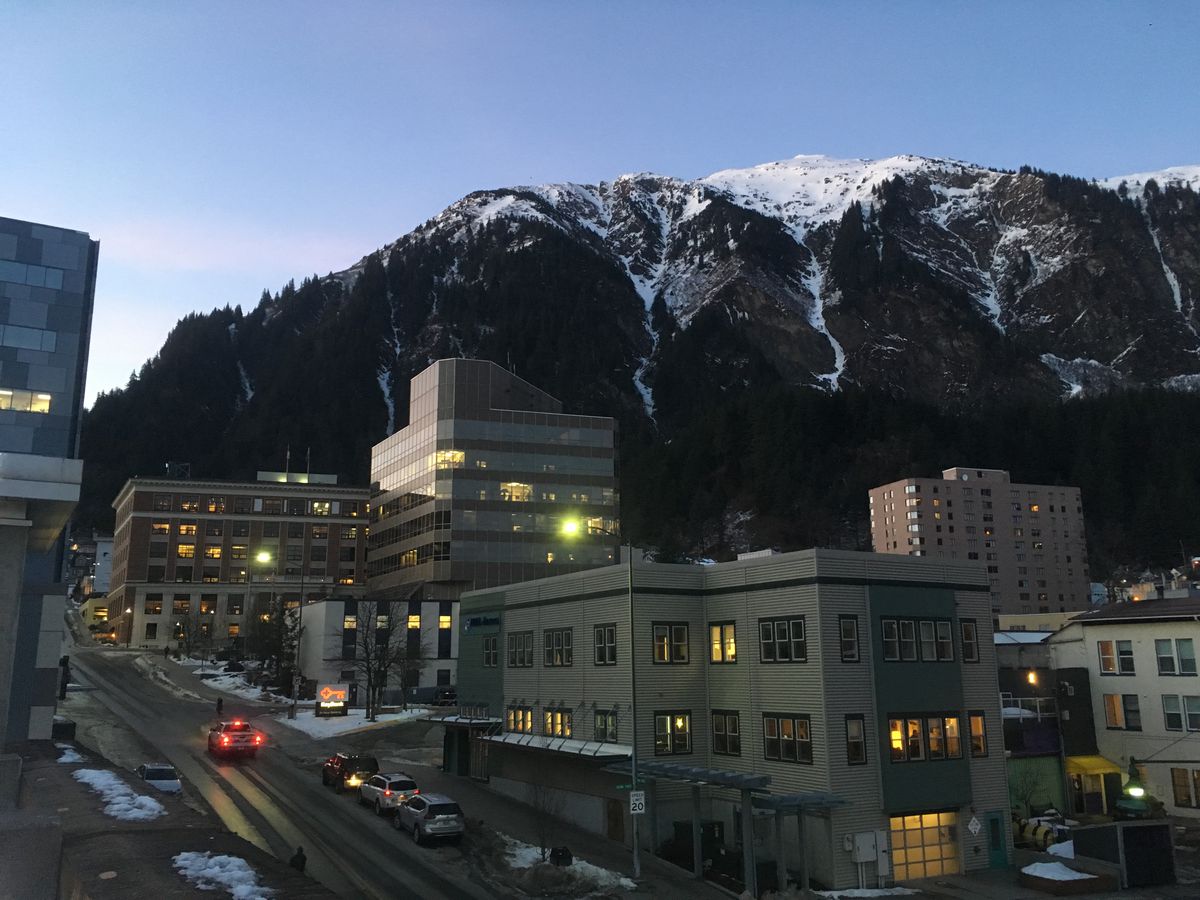 Downtown Juneau, including the Alaska State Capitol (background left) is seen on the evening of Feb. 25, 2019. (James Brooks / ADN)

Downtown Juneau, including the Alaska State Capitol (background left) is seen on the evening of Feb. 25, 2019. (James Brooks / ADN)

JUNEAU — Lt. Gov. Kevin Meyer and the Alaska Department of Law have approved a proposed ballot measure that would permanently move sessions of the Alaska Legislature from Juneau to Anchorage.

In a certification message sent to the measure’s three Anchorage sponsors late Wednesday, the lieutenant governor said the sponsors had enough support to begin gathering signatures in earnest and that the Department of Law did not find any legal problems with the measure.

The proposal is sponsored by Republicans David Bronson of Anchorage, Camille Carlson of Fairbanks and Leona Oberts of Soldotna.

“It’s real straightforward: We’re going to get our signatures and move forward from there,” Bronson said.

Bronson is chairman of a group, Equal Access Alaska, that has registered with the state campaign watchdog to support the political campaign to come.

“We’ll be coming out with some more updated information next week, and then we’ll be beginning our fundraising in a big way," he said.

The Alaska Division of Elections is preparing signature booklets for the group, which will have one year to gather the signatures of 28,501 registered voters. Those signatures must come from at least three-quarters of the state’s 40 statehouse districts, and in at least 30 districts, the number of signatures must be equal or greater to at least 7% of the votes cast in that district during the 2018 general election.

If the sponsors get enough signatures, the measure would be up for vote in 2020.

If it reaches the ballot, the measure would be the eighth since statehood about the location of either the capital or the Legislature, according to statistics kept by the Alaska Division of Elections. The only successful vote was in 1974, but Alaskans balked at the subsequent proposal, which involved a $2.8 billion bond issue to construct a new capital from scratch in Willow.

That bond issue was defeated in 1982, and with it went the Willow concept.

In 1994, voters approved a ballot measure requiring voters to be informed of the cost of moving either the capital or the legislature to a different location.

The measure proposed this year attempts to get around that restriction. It states, “since this initiative deals only with the locations of meetings, the provisions (of the 1994 ballot measure) shall not apply.”

For good measure, the new ballot measure also proposes to repeal parts of that older initiative.

Bronson acknowledged that his group will likely face opposition from the Alaska Committee, the Juneau-based group devoted to keeping the state capital and Legislature in Juneau.

“We’re just going to proceed on slow and steady and hope to win," Bronson said.