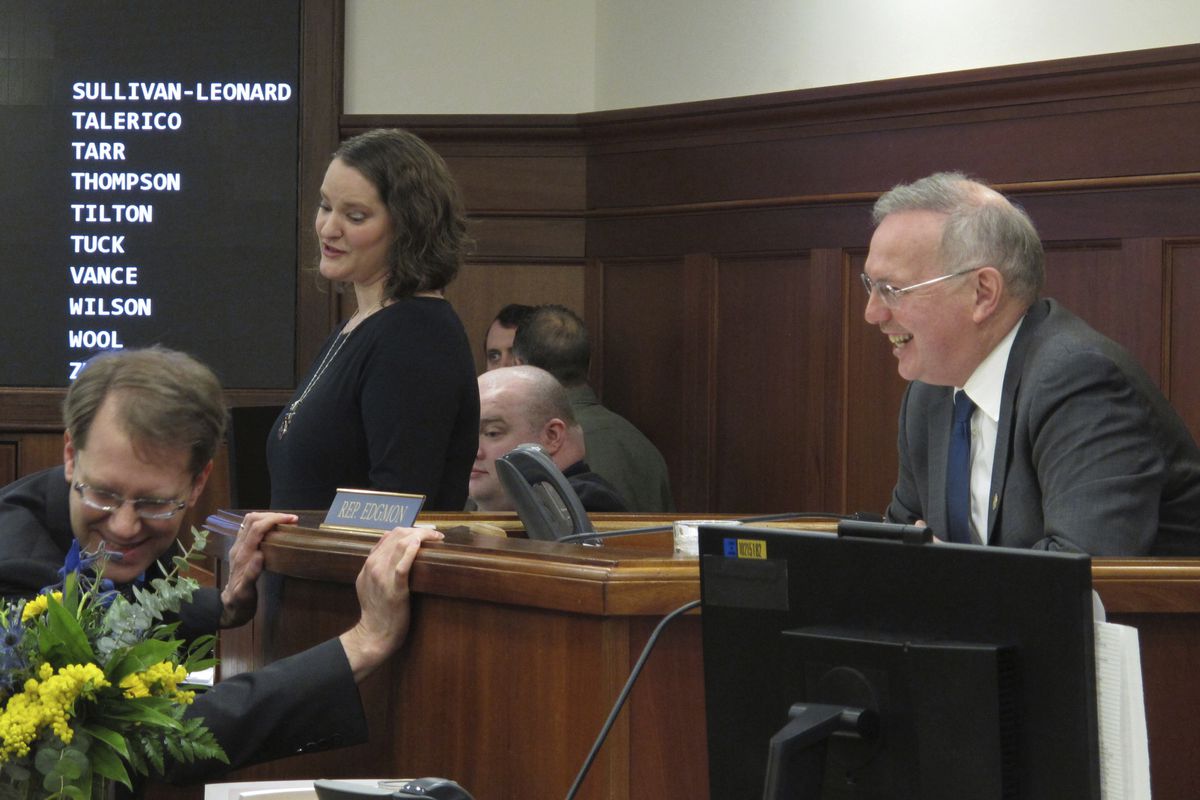 JUNEAU — Alaska lawmakers began a new legislative session Tuesday in which they’ll resume debates that have dominated recent sessions amid middling oil prices, including the size of the check to pay residents from the state’s oil-wealth fund.

Some lawmakers are hopeful agreement can be reached on long-simmering, divisive issues, including possibly setting a new Alaska Permanent Fund dividend formula. After last year's contentious, drawn-out sessions and with elections looming, others are cautious in their expectations.

Most legislative seats are up for election this year, and Republican Gov. Mike Dunleavy is seeking to fend off a recall threat following a tumultuous first year in office.

The recall effort was fueled by anger over budget cuts he proposed last year in response to a lingering deficit, and lawmakers, too, pushed back against the cuts. In his proposal for the upcoming budget, Dunleavy eschewed deep cuts. He also relied heavily on savings, which some lawmakers deem unacceptable.

So what now? Things to watch this session:

Dunleavy has said a decades-old formula for calculating the dividend should be followed until it's changed and he has supported giving Alaskans a say on changes. The formula hasn't been followed the last four years, as the state has wrestled with the deficit, and the Alaska Supreme Court has held that without a constitutional amendment, the program must compete for funding like other programs do.

Dividends traditionally have been paid with permanent fund earnings, which lawmakers in 2018 also began using to help pay for government. They also sought to limit earnings withdrawals, heightening tensions involving how much should go to dividends or services.

The draw limit for the upcoming fiscal year is about $3.1 billion. Under Dunleavy's proposal, $2 billion would go to dividend checks, according to the Legislative Finance Division.

The check size has been decided recently by what lawmakers can agree on. Last year's $1,606 check used additional funds from savings.

The Legislative Finance Division, in a new report, said the dividend was short by about $10 a person due to what appeared to be an accounting error in the transfer of savings. Acting state Revenue Commissioner Mike Barnhill said Tuesday officials are awaiting completion of a financial report for clarity on that.

He said by email that the division that pays checks originally underestimated the number of applications for dividends and that there are more dividends to be paid than originally estimated. Because of this, he said it’s unlikely the amount transferred from savings resulted in any short payments.

Senate Minority Leader Tom Begich, an Anchorage Democrat, said he's hopeful agreement can be reached on a revised, “sustainable” formula. House Finance Committee Co-chair Jennifer Johnston, an Anchorage Republican, expects discussions on whether it's time to change in law the calculation but sees adhering to the draw limit as important.

She said she doesn't think the state will have the “luxury” this year of paying as large a dividend as last year.

Rep. Cathy Tilton, a minority Republican on the House Finance Committee, said members of her caucus want to follow the dividend law, but if it’s something that isn’t going to be followed, changes should be looked at.

“It doesn't mean that I'm in support of the changes one way or the other, but the conversation needs to be out there,” she said, adding later: “I think that whatever happens with the dividend you need to have the voices of Alaskans engaged in that.”

Senate President Cathy Giessel said financial experts have indicated the constitutional budget reserve should have at least $2 billion to provide a cushion for unexpected costs.

The account has been drawn down as lawmakers have struggled with how to tackle the deficit and was valued at about $2.2 billion at the end of 2019, according to the Department of Revenue. Dunleavy, in his new budget proposal, calls for using $1.5 billion from the reserve.

Giessel, an Anchorage Republican, recently told the Resource Development Council she believed proposals to raise motor fuel taxes and levy a $30 annual tax on people employed in the state could gain traction.

Superior Court Judge Eric Aarseth earlier this month ordered the Division of Elections to provide petitions by Feb. 10 that would allow recall backers to begin gathering the more than 70,000 signatures they would need to advance the effort.

On Tuesday, however, he granted a request by a group opposed to the recall to stay that decision pending resolution of the matter by the Alaska Supreme Court.

Dunleavy has argued the effort is politically motivated and that the judge’s decision, if it stands, would set a low bar for pursuing recalls. Recall supporters say the effort is bipartisan.