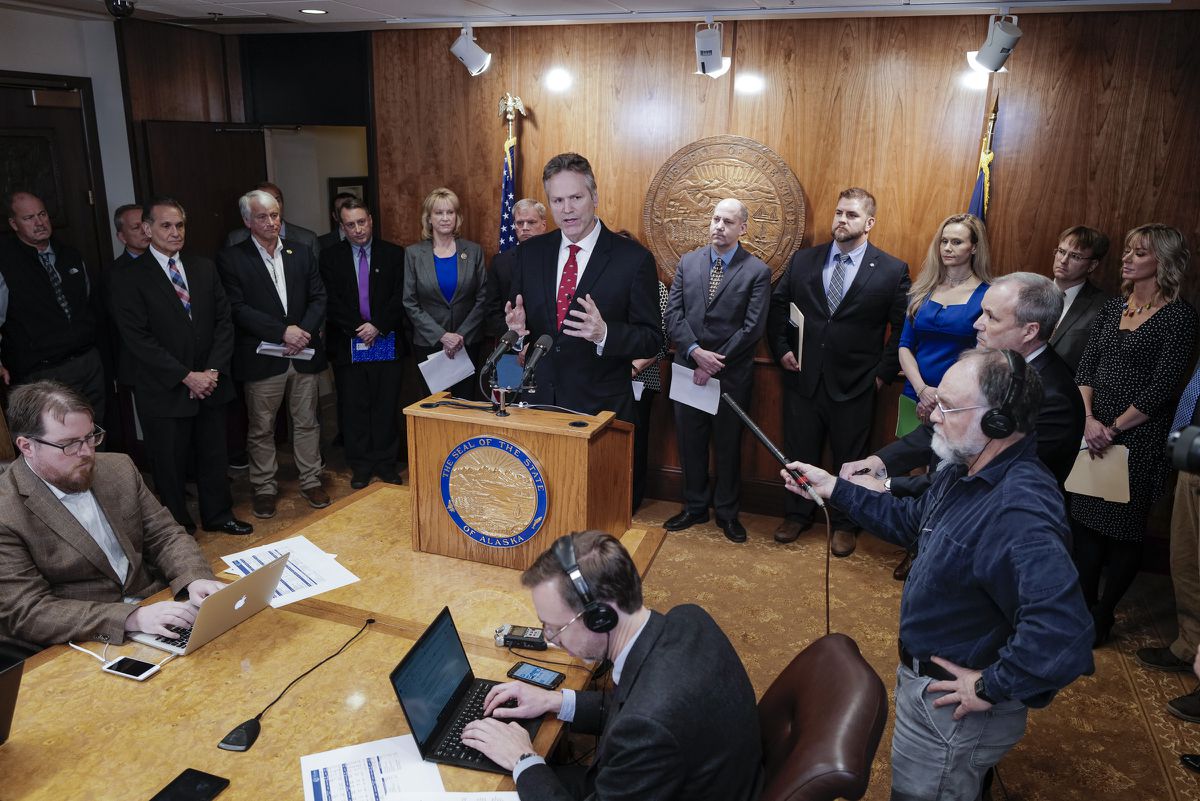 Alaska’s principal savings account outside the Permanent Fund will be practically exhausted by June 30, 2021, further limiting the budgetary options available to the Alaska Legislature and Gov. Mike Dunleavy next year.

Alaska’s deficit was $1.29 billion in the just-ended fiscal year, according to preliminary figures from the Alaska Department of Revenue and a new fiscal summary published by the Alaska Legislature’s finance division.

A $946 million deficit is projected for the current fiscal year, and that can be covered by the Constitutional Budget Reserve, but that account will reach its limit in 2021, forecasts anticipate. Some money would remain in the account, but the state has traditionally used those funds for cash management, and spending it would cause other problems.

The governor is required by law to present a plan for 2022 by mid-December this year, and lawmakers will propose their own ideas early next year. With no budget cuts and a Permanent Fund dividend paid using the traditional formula in state law, there would be a deficit of $2.3 billion. If no dividend were paid, the deficit would fall to about $270 million.

Under either extreme or something in between, legislators and the governor will have to choose between steep budget cuts, new taxes, or additional spending from the Alaska Permanent Fund.

“Or a combination of all three,” Pat Pitney, the departing director of the Legislative Finance Division, said in an interview. (Pitney will become interim president of the University of Alaska on Aug. 1.)

Sen. Mike Shower, R-Wasilla, said this week that the state’s budget picture could be even worse than the fiscal summary indicates, because the Legislature has not yet taken up the annual supplemental budget.

The supplemental budget pays for unforeseen expenses, such as wildfires and other disasters. This spring, Dunleavy used the supplemental budget to reverse most of his controversial budget vetoes in 2019. After a fierce 2019 wildfire season, the result was $387 million added to the budget for the just-ended fiscal year.

This year’s wildfire season has been unusually mild, but the fiscal implications of the coronavirus pandemic aren’t clear.

Also unclear is the impact of a proposed oil tax increase on the November ballot. Proponents of the idea say it could generate up to $1 billion per year in additional revenue. Opponents say those claims are overblown and that it would take time to implement the increase.